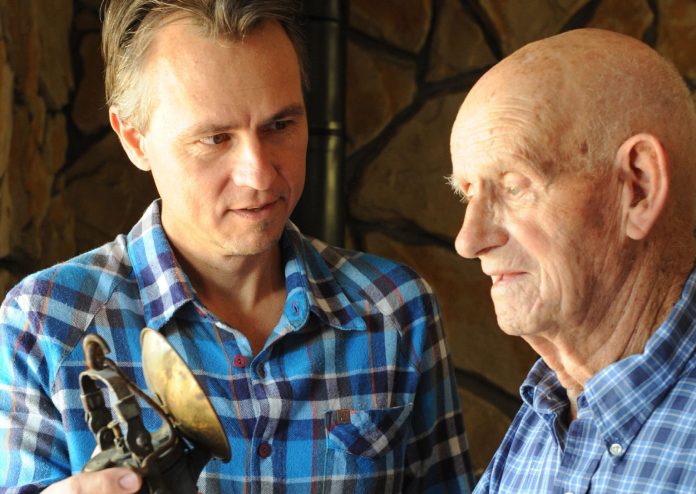 If a picture is worth a thousand words, then a painting by Park City artist Scott Richardson is worth a million. Ask any of his collectors and they’ll agree — Scott’s art can tell a story, beg a question, and stir emotions all at once.

“His paintings draw you in to a place of simplicity and solitude, where you are compelled to pause in peaceful reflection,” notes Kathy Egbert, one of Scott’s clients. “They offer a respite from our busy lives and remind us of the importance of experiencing nature.”

Richardson, a fourth-generation Parkite, has lived in Park City all of his 47 years, and his paintings reflect his intimate connection to the town he loves. “My family settled in Park City in the 1890s and I try to pay homage to my roots with each brushstroke,” he explained. “Park City has evolved radically over the years. And while much of the progress is what has allowed me to stay here, there will always be something captivating about the way things used to be — a view with no traffic lights, or cell phone towers or modern amenities.”

A self-described “tonalist” Richardson is most famous for his pastoral landscapes that often depict a ‘back in the good old days’ ambiance, when the West was a little wilder and life was a little less complicated. The landscapes “transport you to a much simpler time in the mountains and fields of Park City,” Egbert adds.

While unspoiled views are increasingly more difficult to find, Richardson is willing to work for his inspiration; it’s not unusual for him to hike for hours in search of a vista as pure as it is picturesque. 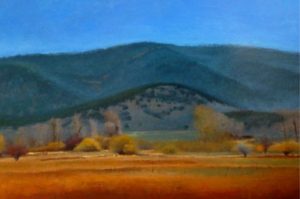 “I want people to feel closer to nature, even nurtured by it, when they look at my art. Some people look at a painting and just see a mountain. I want people to look at my work and smell a pine tree, hear tall grass rustle in the wind, and feel their lungs inflate with crisp air.”

Richardson, who finished his first oil painting at the age of nine, credits his dad, Robert, for both recognizing and developing his talent. “As a kid, I was always sketching or drawing something.  Eventually, my teachers told my parents I had a gift. My dad found an art instructor I could learn from and would drive me to Coalville for lessons.”
In Robert’s time, that might’ve been a walk to Coalville. The elder Richardson was born in the Miner’s Hospital in 1927, and you could say he’s a walking history lesson, quite literally.

At age 12, Robert began working for his uncle at a mine in Alta. He lived with his relatives during the week and walked back to Park City on weekends. “It took me about three hours to hike from Alta to Park City,” he recalls.

All that walking turned out to be good practice for the years that would follow. At age 16, Robert began to court his future bride, Ruth, who lived in Heber. To visit her, he had to walk up over Bonanza Flats and down Guardsman Pass into town. “That also took about three hours,” he noted. His walks were often extended by stops at Girl Scout Lake, where he’d swim, hunt and fish.

One year (and probably millions of steps) later, Robert and Ruth were married, buying their first home on Swede Alley for about $5,000. Robert continued to work in the mines as a mucker and a driller, spending most of his days 600 feet underground. “It got pretty chilly under there,” he recollects. 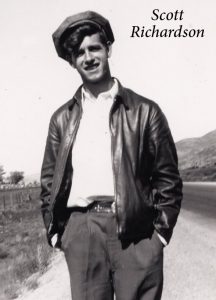 When the mines closed, he continued to work for United Park City Mines Company, but this time, on top of the earth — cutting new ski trails at what is now Park City Mountain. He reshaped the hillside to create some of the most popular runs on the mountain today, “the Hoist, Thaynes, Double Jack, Single Jack, and probably a few others,” he remembers. He also helped grade the city golf course and later operated the Skier’s Lodge on lower Norfolk Ave with Ruth, with whom he’d raised four sons.

Now living in Silver Creek, Robert is pretty amazed at the changes he’s seen over the last 90 years. He says the biggest surprise is how much the town has grown. “Where did all these people come from?” he wonders.

Filled with amusing anecdotes that could put any area historian to shame, Robert is thought to be the oldest living miner in town. It’s not a stretch to suggest Park City would not be the place it is today without him. “He may not have moved mountains, but he certainly built them,” Scott said of his dad. “He truly loves to share the history of this town just as much as I love to paint it.”

Send in the Sounds

The story behind a local self-taught audio genius. By Steve Phillips Emmy award-winner Jim Fosgate and his wife, Norma, live the good life in nearby Heber,...
2016 Issues

By Steve Phillips If you, too, grew up dreaming of being a cowboy, saddle-up for the wild and wooly Mountain Valley Stampede this summer in...
X