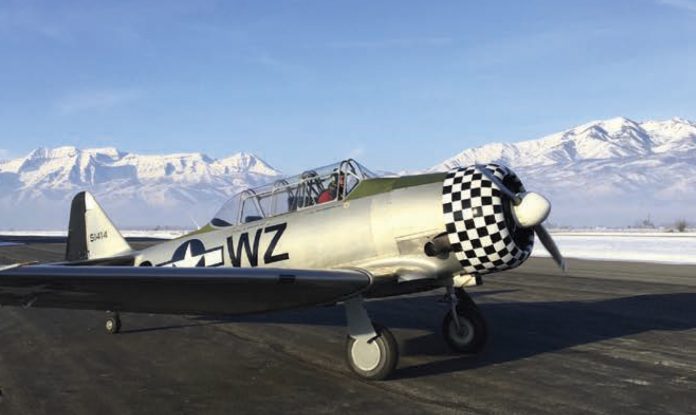 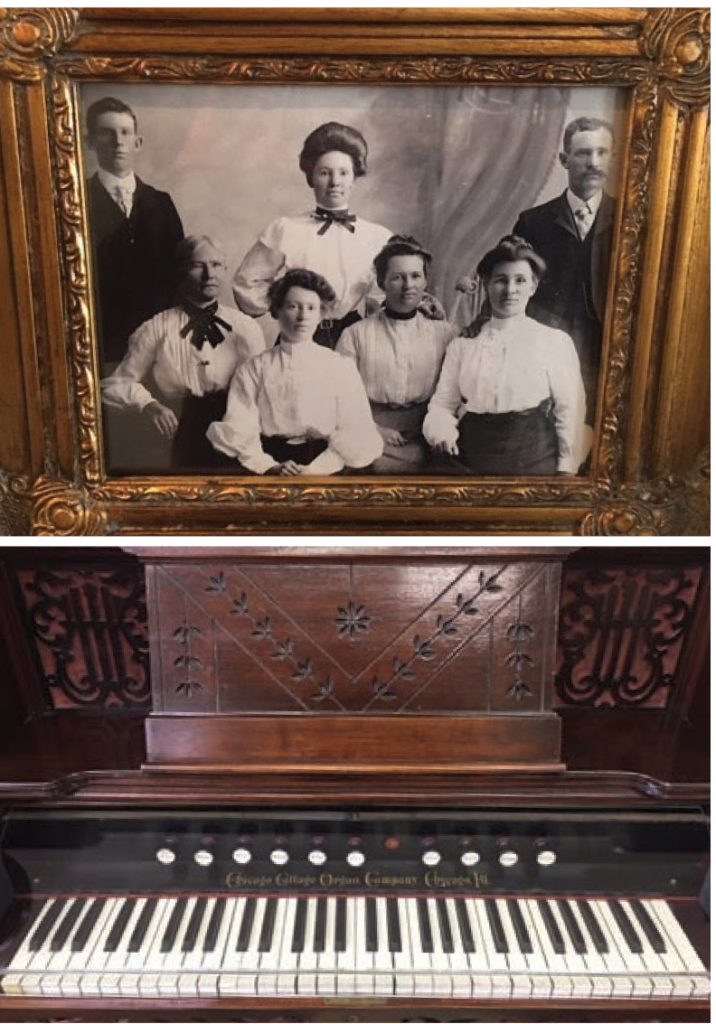 All display the community’s appreciation for their rich history. Founded in the late 1850s by sturdy Mormon pioneers, Heber City tells its story through the eyes of its descendants.

The old Carnegie Library building on Heber’s Main Street houses the DUP/Wasatch County Museum. Th e Daughters are defined as those who have ancestors who came to the Utah Territory prior to the completion of the Transcontinental Railroad May 10, 1869. Many of the docents who volunteer at the museum are descended from the early settlers of the valley. Inside the museum hang many large portraits of long-ago residents, officials and family groups. Beautiful antique clothing, quilts and ornate furniture—including an organ and a table carried cross-country in covered wagons—are artfully displayed here. 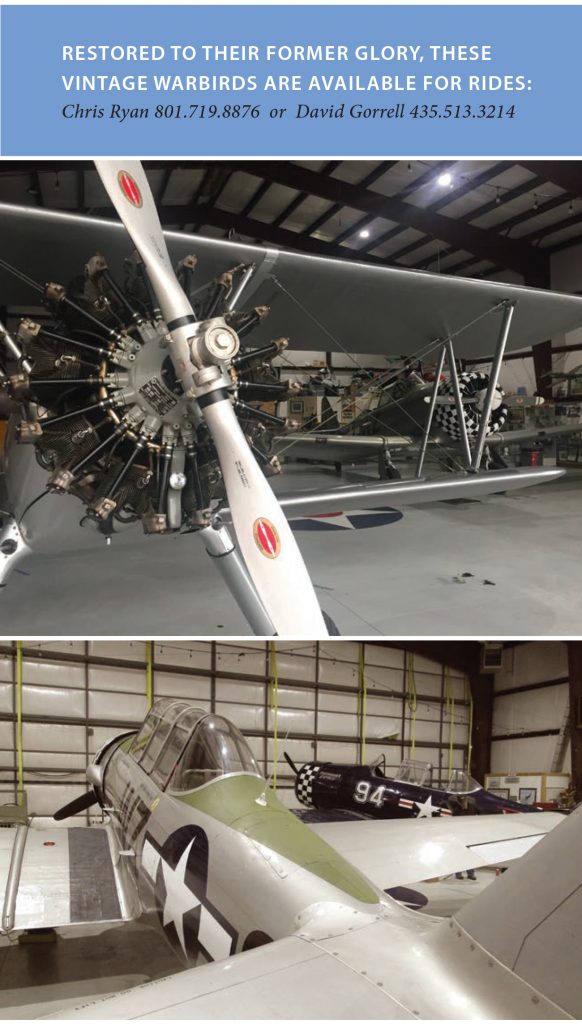 The tale of the Black Hawk War with the Ute Indians unfolds with photos of the militia charged with protection of the settlers. Native American photographs, artifacts, early tools, apothecary bottles, documents and accessories necessary to 1800-1900s daily living are exhibited and cared for here.

Inside the museum’s hangar at the southern end of the runway, donated memorabilia is displayed from local families of airmen in WWII, the Korean and Vietnam Wars. Photos, clothing, medals earned and letters from home tell the courageous tales of men and women committed to keeping America safe and free. 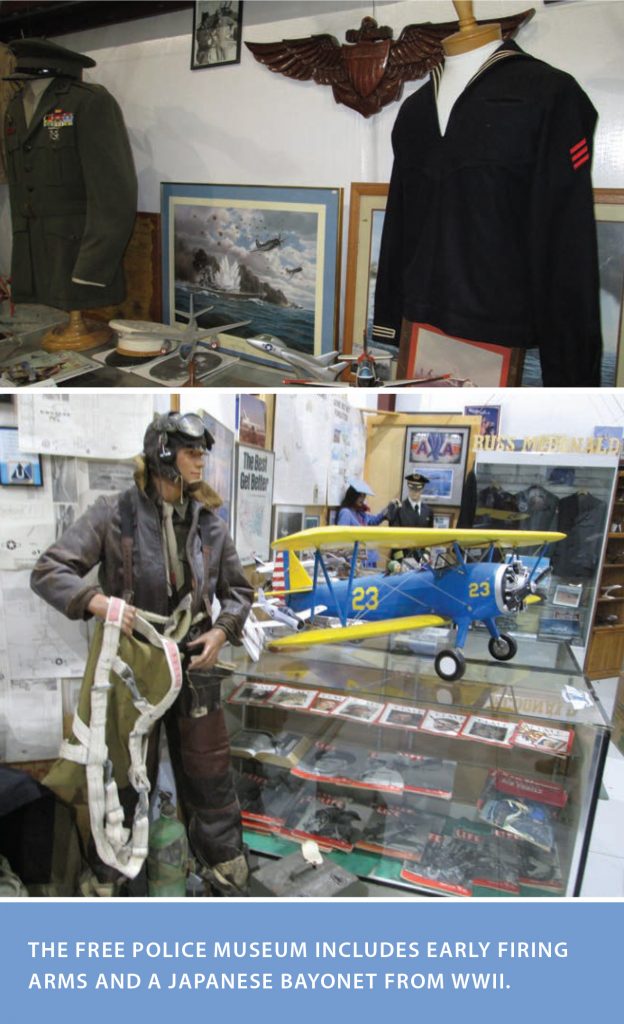 Aircraft on display are the 1941 Pt-17 Stearman, a T-6 Texan and a Navy SNJ. The open-cockpit, biplane Stearman N 1387V was designed prior to WWII to serve as a trainer for U.S. Navy and Army pilots. Two seats, one directly behind the other, held the instructor and the student. This plane went from trainer to crop duster to recreational aircraft, and finally was brought into the CAF family. The North American trainers, T6/SNJ nicknamed “Texan,” were advanced training aircraft used for formation, gunnery and tactics.

The Heber City Police Department has a mini museum in their headquarters displaying historic items donated by community members. Chief Dave Booth asked his employees to research and collect artifacts dealing with the town’s early organization, and a collection was started. View a photo here of the first jail built in Wasatch County in the late 1800s. Roy Moulton was Heber City’s first police chief from 1951 to 1956. The family of Officer Lamar Simpson donated his cap, shirt, all insignia, his whistle and jacket, depicting life as a policeman in the 1970s. 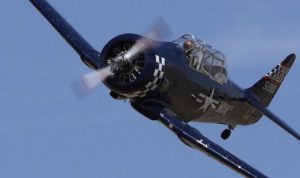 Old registry books and bills of sale from the city’s early days were found in the city offices before they were torn down. The city poundkeeper collected horses and cows in lieu of damages and fines, then sold them at auction to the highest bidder. “March 2, 1929-Received from Harold Duke one Dark Brown Horse about 3 years old, no brand visable, white spot in forehead, weight about 1000 lbs, claimed by Fred Carlite.”

If you’re the kind of person who loves to seek out small town dining gems, look no further than Heber Valley. Located just...
Activities + Adventures

HERE ARE A FEW TO START WITH ... ZIPLINE Soar across the longest over-water zipline. TRAIN Ride in President Truman's original train car or participate in a live...
X