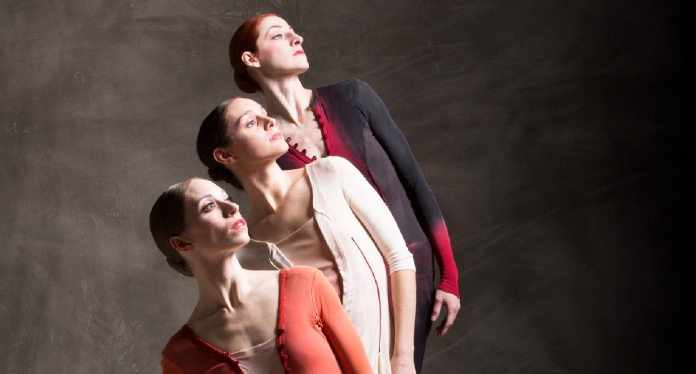 This year, Ballet West celebrates 50 years of artistic achievement and groundbreaking productions in the world of ballet. Since its formation in 1963, Ballet West has evolved to become one of the top professional ballet companies in the nation.

“It is only due to continued generosity that we are able to present our world-class productions to the community each year.”

In addition to co-founding Ballet West, William F. Christensen is credited with launching the national holiday tradition of The Nutcracker when it debuted at the San Francisco Ballet under his tutelage as artistic director.

Ballet West’s reputation for establishing emerging choreographers and great artists continues today. The company’s rich heritage of classical American theatre and historical debuts has made it one of the pioneering ballet companies in the West under the helm of its artistic directors, choreographers and performers. This season, the 50th anniversary lineup reveals world premieres, revivals, and astounding productions to commemorate the special landmark celebration.

Opening at Kingsbury Hall, the season begins with the revival of The Firebird to honor founder William F. Christensen with his original production. In December, the classic holiday favorite The Nutcracker performs at Capitol Theater, followed by the timeless performance of The Sleeping Beauty from Artistic Director Adam Sklute in February.

The anticipated world premiere of The Rite of Spring from Resident Choreographer Nicolo Fonte performs this spring to the powerful, epic score of Igor Stravinsky. The exquisite and moving Forgotten Land from Jiri Kylian has its Utah premiere; and the revival of George Balachine’s spirited Divertimento No. 15 plays out to the lively accompaniment of Mozart in April.

“I have designed our 50th Anniversary season to honor the past, celebrate the present, and keep an eye on the future,” said Ballet West Artistic Director, Adam Sklute via news release. “Each program this year pays homage to our founder Mr. C and all of my predecessors, while continuing to offer Utah audiences the new and exciting repertoire that keeps Ballet West a forerunner in American ballet.”

In honor of the company’s golden anniversary, Ballet West held a special gala, with dinner and a silent auction, at the Grand America hotel in November to commemorate the historical contributions and community members who have played a part in Ballet West’s success.

“Ballet West is so grateful to our incredible donors, as it is only due to their continued generosity that we are able to present our world-class productions to the community each year,” said Denise Bégué, Director of Development.

Ballet West’s prestigious reputation stems from its creative masterpieces, outstanding performances and world touring; its international mark in the field of training through Ballet West Academy fosters professional artists in the classical tradition and serves as the official school for Ballet West.

This year’s golden anniversary will showcase powerful theatre performances and epic productions. For more information, or to be a part of the 2013-2014 anniversary season, visit balletwest.org.

Music is the poetry of the air. - Jean Paul Richter The crisp, cool evening air in Park City lends itself to some of the...
2014 Issues