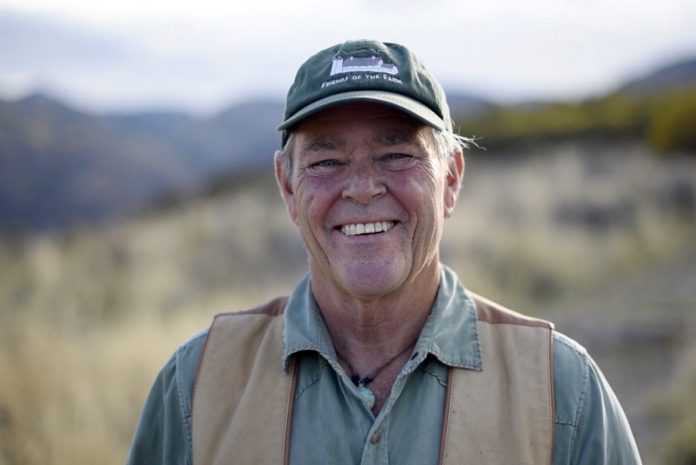 When asked, “What brought you to Park City?” most Parkites have a similar story: the skiing, the mountain life, the year-round recreation. Few among us can say our journey started with a John Wayne movie and a promise to buy a round of beers. But if not for that, Dana Williams may have never found himself in Utah.

“As a kid, we lived in Southern California and my dad worked in the film industry,” Dana explained. “He brought us all out here one summer when he was working on a Western in Monument Valley with John Wayne. Some of the extras in the movie were miners from Park City and when they were done filming, my dad promised those men he’d visit them and buy them a beer.”

True to his words, aft er production the senior Williams packed up his family and headed to Park City. He met up with those miners on Main Street, and after a round of drinks, ended up buying a condo at the Treasure Mountain Inn. Dana was eight years old at the time.

“From then on, we spent most of our summers in Park City,” Dana recalled.

His parents later moved here full time and opened Ryan’s Bar (now Hilda’s clothing store) on Main Street. They also purchased land along the Weber River, which Dana eventually began to farm. “After college, I began to think my parents were actually pretty cool people and I wanted to hang out with them more. So I ended up moving here and growing alfalfa on their farm.”

But it was the other family business that really changed his life. “One night, I went to the bar my parents owned and a woman walked in. I asked her if she was married and she said
‘no.’ I told her that was good, because she was going to marry me. We got engaged after a few dates.”

Dana and his wife Lisa have been married for 32 years and have two grown children. Over the course of his marriage, Dana has seen Park City grow from a sleepy little resort town to the international destination it is today. And he helped to shape much of the town’s evolution — as a Realtor, an activist and eventually a three-term mayor.

“I got my real estate license in the early 1990s and that’s when I started to really pay attention to development plans,” he said. “I took some flak for being a development watchdog and Realtor.”

But Dana felt strongly the vistas and open space that made Park City special should be protected. So strongly, he help to establish two different nonprofits dedicated to land preservation: Summit Land Conservancy and Utah Open Lands. Later, he help form CARG: Citizens Allied for Responsible Growth, a group dedicated to getting citizens involved in local government.

These three groups are largely the reason Round Valley is protected open space today and places like Lady Morgan Springs and Prospect Ridge aren’t home to multi-unit condominiums. “At one time, there were plans to put two golf courses on Round Valley and develop 1,500 acres at Empire Pass. We managed to limit development to 150 acres at Empire and preserve Round Valley.”

After organizing nonprofits, Dana began to consider his next move. He was introduced to former Salt Lake City mayor Rocky Anderson, who was a lawyer at the time, at a dinner and aft er a few drinks, Rocky convinced Dana to run for mayor.

Still concerned about over development, Dana agreed to run and won — three consecutive times, in fact. And you could say, his first term came with a very short learning curve. “I was sworn in and three weeks later we hosted the Olympics. My first ever interview as mayor was with the Today Show,” Dana recalled with a chuckle.

Despite helping Park City become a year-round destination with international accolades, Dana says he is most proud of his efforts to keep it small. “I’ve always thought of Park City as a special place. I never dreamed so many others would too. I’m proud we’ve been able to create a sustainable year-round economy while preserving the views and viewpoints unique to Park City.”