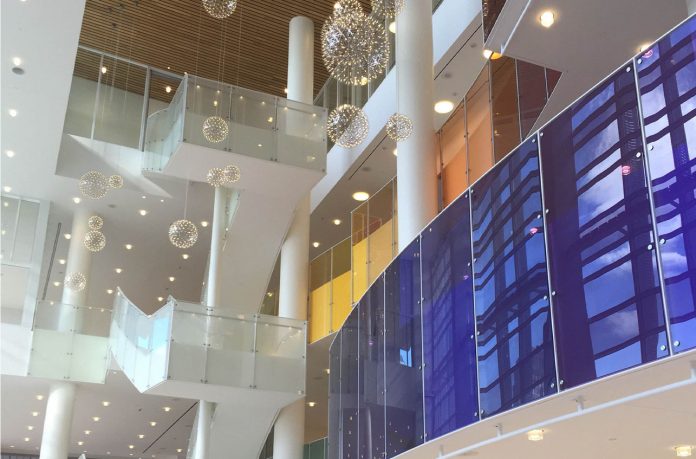 Thanks to the new Eccles Theater in Salt Lake City, Utah now has a seat at the adult table when it comes to blockbuster Broadway productions.

“The exciting thing about the Eccles Theater,” explains Communications Manager Cami Munk, “is that it offers more scheduling availability and a different kind of venue than what we have now.” Abravanel Hall was purposely built as a concert hall, not suited for plays or musicals. Capitol Theater is a traditional proscenium theater, but as a smaller venue already hosting the Utah Opera and Ballet West, scheduling is limited for plays and musicals.

There is also the Rose Wagner which is a much smaller theater. The Eccles Theater will complement these existing venues, while allowing expanded programming.
“What the Eccles Theater brings is a great theater for Broadway, 2400 seats right in the middle of downtown,” continues Munk. “It also offers us the opportunity to bring in new types of entertainment that have not been here before or have not fit with the touring schedules. Capitol Theater is a well- loved theater, and it has just enough seats to make the Broadway tours, but with the larger seat count of the Eccles Theater it makes it easier to get the shows here sooner.”

When Hamilton, which won 11 Tony Awards including Best Musical, embarks on its first national tour, Salt Lake City will be one of the first ten cities to host the production thanks in large part to the Eccles Theater. Other scheduled productions include Rogers & Hammerstein’s Cinderella, Mamma Mia’s Farewell Tour, and The Lion King.
The venue is not limited to just plays and musicals. “We also have Live at the Eccles,” notes Munk, “which is music, comedy, and the spoken word type of events.”

Winter Spring 2017 DECEMBER 12/2- 4/9 Après Live Music. Local musicians will be in the Park City Base Area and Canyons Village every Friday and Saturday...
2016 Issues

By Deanna Rhodes It’s winter once again in the best ski-resort town in the world: Park City, Utah. Hopefully you’re defending yourself against the...
X