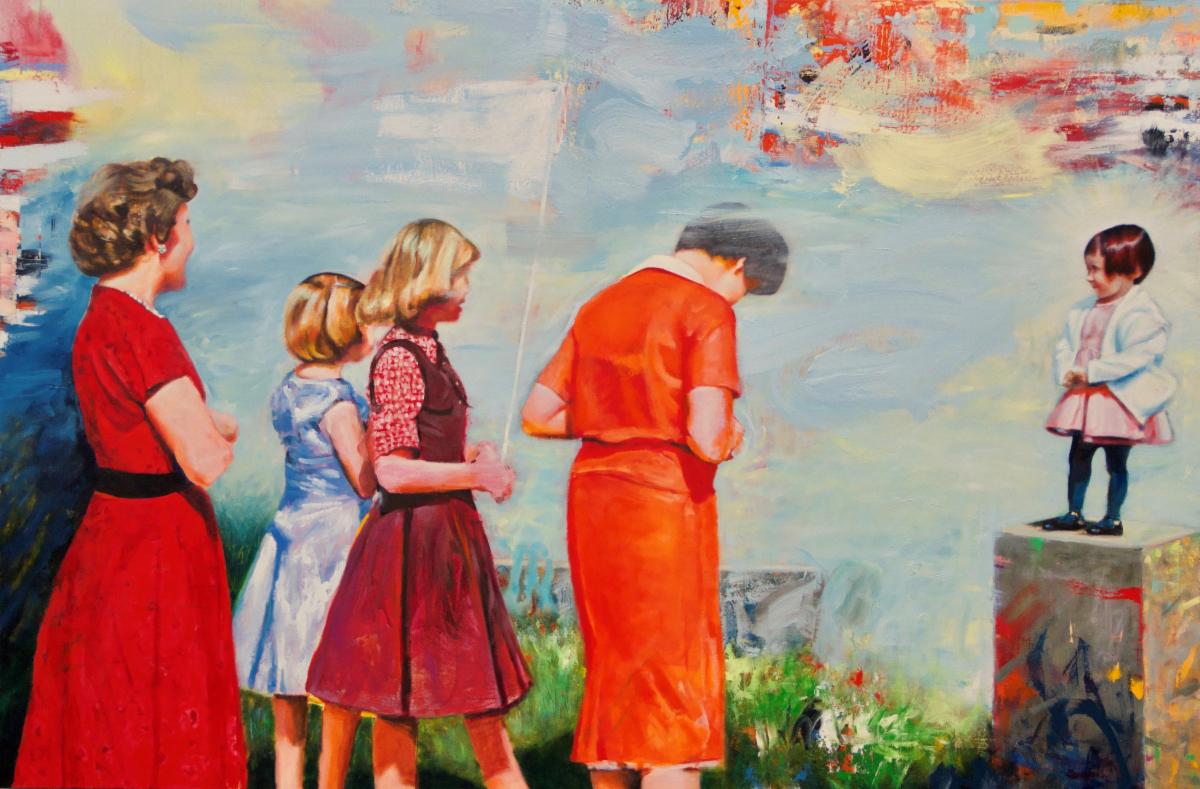 This is the first showing of pieces completed in Godfrey’s new studio. It is an impressive body of work started and developed over a space of many years and completed in the last nine months. The collection exudes the confidence of an artist in his prime, displaying a broad diversity of subjects rendered with an impressive breadth of techniques.

“In 2019, I moved studios for the first time in over a decade. While packing, I uncovered incomplete paintings spanning nearly the entirety of my career. I had worked on some of the pieces for years before setting them aside for another day. As moving deadlines loomed and pressures grew, I learned that my father was dying. My perception of time altered quickly and unexpectedly. Change, a favorite friend, transformed. The future moved closer, exposing new colors and complex depths. Dad and I relocated.

Attending to unfinished business became the first focus of my new studio. “Matter of Time” is an exhibition that spans years of my life. It reveals thousands of moments leading to the final touches of a magnified present.”