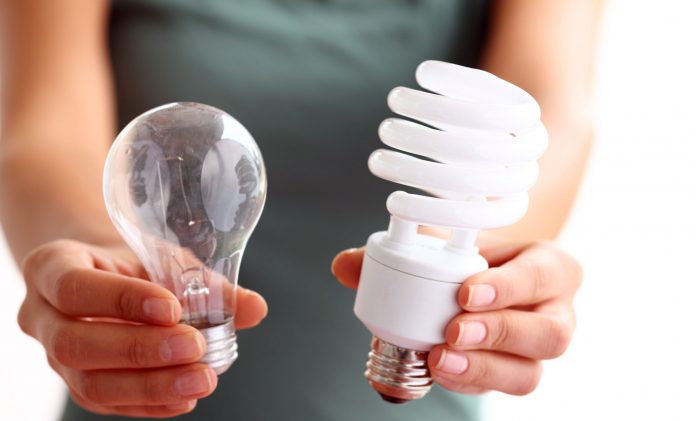 An organization that ﬁrst began as a way to pursue a $5 million dollar environmental prize for Park City and its surrounding Summit County has become so much more. It has turned into an amazing catalyst for change and an invaluable means to greater awareness — all on an issue so vital to our continued way of life and future sustainability.

What is its purpose?
Summit Community Power Works (SCPW) is an inspiring local non-profit created to participate in a two-year energy- eﬃciency competition. Washington D.C.’s Georgetown University Energy Prize is being called “The Race for Eﬃciency.” It encompasses millions of homeowners and more than 50 communities across the U.S., all working to develop a cleaner, more energy-eﬃcient future…and perhaps become the winner of a $5 million prize with national bragging rights. 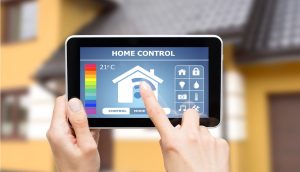 “The reason Georgetown has focused on energy eﬃciency is because it is our greatest
potential fuel source,” said Mary Christa Smith, SCPW’s Project Manager. “Over 40 percent of the energy we generate is lost due to ineﬃciency.” She explains that if we can capture that wasted energy we don’t have to build more power plants, nor produce new sources of fuel.

How does Park City and Summit County measure up?
Among all 50 communities participating across the U.S., Park City and Summit County Municipal are currently in (pause for drum roll) 4th place! Considering the huge amount of energy that goes just to heating our homes each year, that ranking is beyond impressive, and certainly demonstrates our community’s valiant progress towards energy savings. To calculate each contestant’s score, Georgetown looks first at the reductions in consumption at the meter. Next, they look at several more subjective factors such as whether the energy reductions are replicable in future years, scalable, and innovative.

Locally, both Rocky Mountain Power and Questar Gas provide meter information quarterly on all residential, municipal and school district meters. Measuring against a 2013-2014 baseline, they are taking total kilowatt hours divided by the total number of residents to see if those averages are going up or down.

How do we win?
We have already won in so many ways, regardless of the prize. Just within the first nine months of the project, 17 million kilowatt hours and 2 million therms were saved in our area. There have been nine million pounds of CO2 that were not produced, and our community saved two million dollars in the cost of energy. At the time of this writing, SCPW is anxiously awaiting a statistical update on these savings, projected to have more than doubled.

PARK CITY MEDICAL CENTER
Designed with the environment in mind, and committed to minimizing their impact on the natural environment, Park City Medical Center has once again impressed its community by recently installing 270 solar panels on the roof of its new addition. Each of the hospital’s solar panels generates 320 watts of power at peak performance, expecting to generate $8,000 of savings each year. “Solar is not only a clean energy, it’s nature’s most inexhaustible resource. As citizens of this community, and of this planet, we felt a strong social responsibility to reduce our carbon footprint,” said Hospital Administrator Si Hutt.

PARK CITY AND SOUTH SUMMIT SCHOOL DISTRICTS
For the Park City School District, making the switch to LED bulbs across its schools is expected to save $208,000 per year. South Summit’s LED switch expects $27,000 in yearly savings. “We’re pleased that Summit Community Power Works pointed out
the opportunity, in this one action, to help the community, to save money at the same time, and to reduce our environmental impact,” said Philip Kaplan, member of the Park City Board of Education.

LOCAL HOMEOWNERS AND BUSINESSES
Many local community members and businesses not only want to be part of an environmental legacy, but they understand that the long-term economics of energy eﬃciency makes more sense now than ever before. Reports show that some changes, such as rooftop solar, can increase a home’s value by as much as $4 per watt installed, and that your potential for return on investment is faster than ever before. Be sure to visit Summit Community Power Work’s Facebook page for personal accounts of community members making the switch.

How can you get involved? 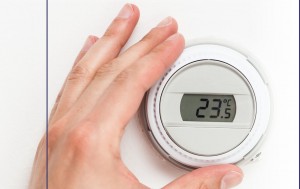 You actually already are simply by being a consumer of energy. To help make a positive change, SCPW promotes four key initiatives, also called “switches”:

1. The LED Switch: Switching out to LED light bulbs. This simple change alone makes a major diﬀerence—using up to 80% less electricity.
2. The Control Switch: Installing smart controls, like smart thermostats. It’s estimated that homeowners can save up to 25% on their gas bills by this one step.
3. The Comfort Switch: Whole home weatherization.
4. The Power Switch: Going solar.

The way that Park City and Summit County communities have come together in this endeavor is cause for great pride and hope. “We’re a community that invests in itself,” explains Smith. “We invest in open space, in trails, and in our treasured outdoor lifestyle. And we’re also investing in a clean energy paradigm. It’s all about the care and the connectedness of our community. Our hope is to share best practices and encourage other communities to join in and help make a big shift in our country.”
For more details, be sure to check out Summit Community Power Works’ FaceBook page and website, scpw.org for more information.

Hello My Name is Monty the Montage Dog

Written by Alex Frisch Utah’s Hogle Zoo is a local treasure. Located at the mouth of Emigration Canyon, it’s one of the state’s top-visited attractions....
X