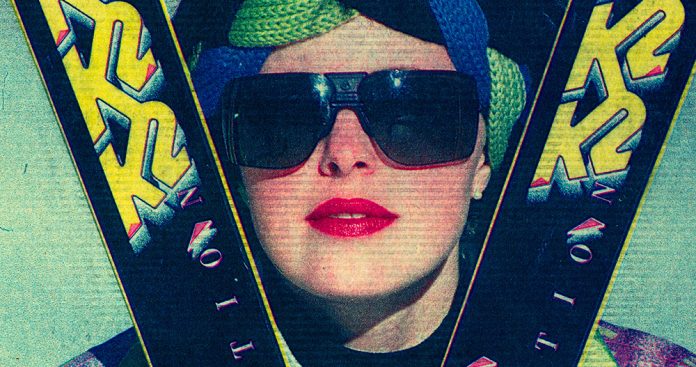 In a city that’s either the home, training center, or winter playground to some of the best winter athletes and Olympians on the planet, the fashion experts in Park City also know a thing a two about what to wear on the slopes.

Over the years, Park City managed to radiate all the charm of an old school ski town that remembers its days of heavy wool and flannel-lined ski trousers, yet stayed right in step with all the exciting changes ahead. Its skiwear industry has come a long way from the birth of polyester and spandex to its aerodynamic and thermal technological capabilities, from the water- and windproof, yet now completely breathable, to the famously functional, yet fantastically fashionable gear of today.

First launched by an Olympic ski champion from Norway and an entrepreneur from Switzerland, KJUS is a brand ski enthusiasts can find around the world, as well as in several shops around Park City. “Wearer comfort and freedom of movement has always been the core focus of KJUS,” explains Kenneth Kurtzweg, KJUS Innovation Lab Head. “At KJUS, our ambition has from the start in 2000 has been to provide the highest level of movement to new dimensions, allowing for an almost ‘second skin’ feel for a ski jacket. In addition, the special knit fabric has a soft er hand-feel and is a lot quieter than its woven counterparts.”

Born from a passion for fashion, the mountains, and an active lifestyle, SKEA has been a premier luxury mountain brand designed for women who ski, by women who ski since 1972. “I would say one of the main reasons skiwear has changed for the better is that you no longer have to compromise fashion for function, or vice versa,” said SKEA’s Houston Hart. “You are able to look feminine and strong and still tear up the mountain. SKEA has been known to give a woman shape on the mountain for many, many years. I believe that is what sets us apart.”

After falling in love with the pure mountain living, close-knit community and outdoor lifestyle Park City could provide, Gary and Jana Cole opened Cole Sport’s original store at Park City Mountain Resort in 1982. This family-owned business has since expanded many times to include four stores in the Park City area. Hosting an exciting variety of national and international brands, Cole Sport buyers travel the world to bring its customers the latest in fashion and function carrying brands such as Bogner, KJUS, Rossingnol, Spyder, Toni Sailer, Obermeyer and many more.

For more than 85 years, the Bogner brand has represented sophistication, technical prowess and innovation around the globe. Willy Bogner, Sr., an Olympic cross-country skier, began his business in a Munich backyard in 1932. His son, Willy Bogner, Jr., two-time Olympian, fashion designer and filmmaker, continues to lead this international giant.

Opening the same year as Deer Valley Resort (1980), Jans Mountain Outfi tters has always been staff ed by longtime industry experts including national champions, ex-pro racers, judges and more. Many of their experts have been with them for 10, 15 or 20 years. Jan Peterson’s father first opened a ski shop in Salt Lake City in the 1930s, where he grew up learning about the business. Today, the Jans group of companies includes 14 stores in Utah and Colorado. They carry a wide array of top brands including Arc’teryx, Marmot, Patagonia, Salomon and more.

David and Renie Gorsuch fell in love as members of the 1960 US Olympic Ski Team, settled in Colorado, raised three boys and started a once small family business. Fast forward many years and successful stores later, including Park City, Vail, Beaver Creek, Keystone and Aspen, and the company has grown exponentially since selling ski clothes from the back of their humble station wagon. Gorsuch’s dedication to quality and customers, however, remained constant.

Customers in Park City, whether they’re professional athletes, local skiers or vacationers, simply require the best mix of functionality, value and fashion. You’ll find
an amazing selection of stores and brands with long histories of owners and designers who are passionate about skiing and skiwear.

MADE IN PARK CITY SHOWCASES THEIR LOCAL JEWELRY DESIGNERS Winter is the perfect time to brighten up your wardrobe with a piece of jewelry. Fortunately...
Shopping + Services