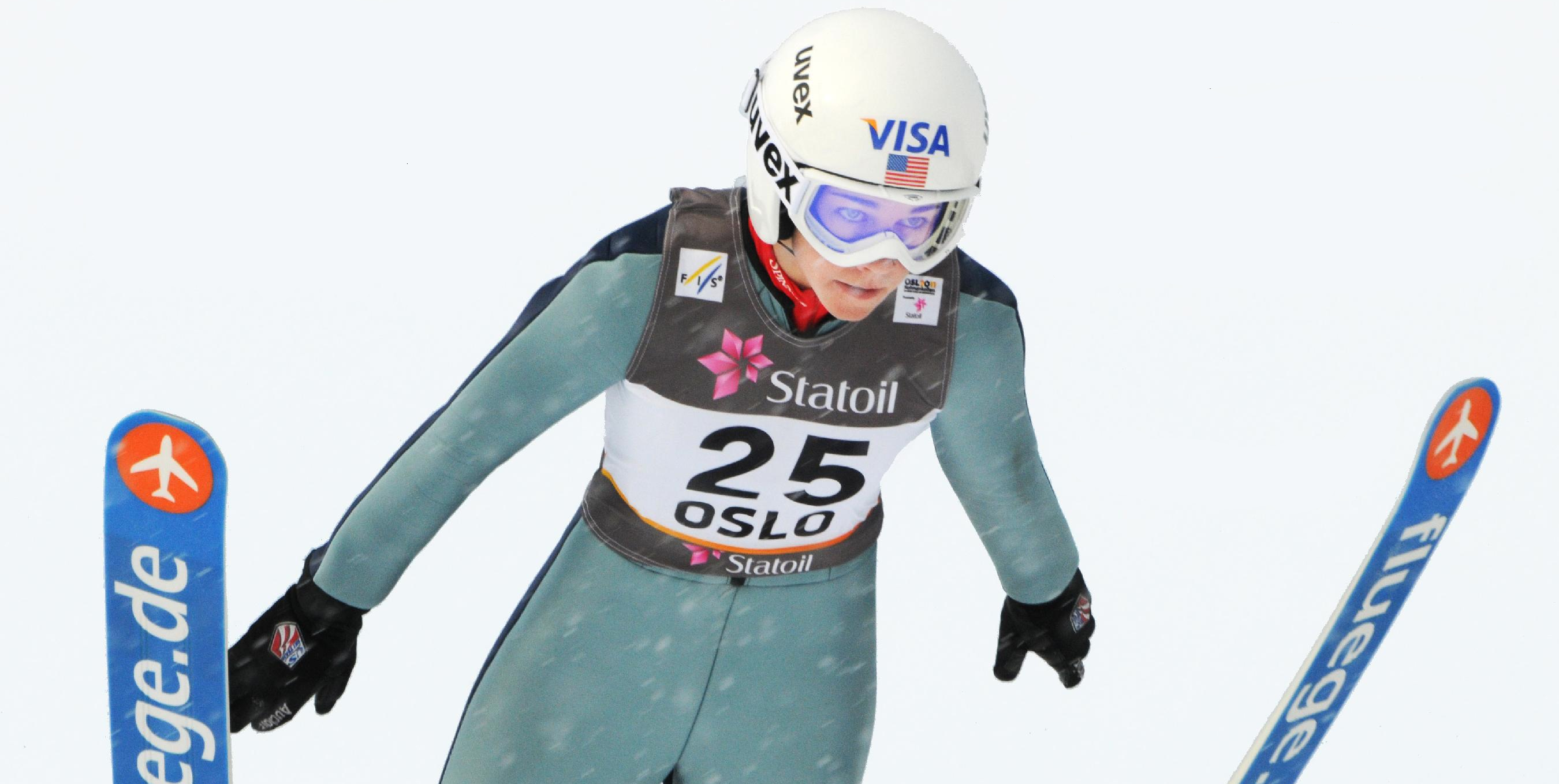 At the time of printing of this issue of Mountain Express Magazine, the 2014 Winter Olympics are a mere twelve weeks away. During those days between November and February, most of us will be focused on the holidays, relaxing with loved ones, and eating more than is good for us. But there are seven women who will be counting down those days one by one, feeling their hopes build with every moment. They are the Visa Women’s Ski Jumping Team: Sarah Hendrickson, Jessica Jerome, Lindsey Van, Abby Hughes, Alissa Johnson, Nina Lussi and Nita Englund. Five of them call Park City their hometown and all of them live here and train at Utah Olympic Park. The whole town will be raising their voices to cheer them on, celebrate their victories and lament their losses as though these girls were our own daughters, because it feels like they are. We’ve watched them grow up, fight their battles, train like crazy, and supported their dreams. Now, during the 2014 Winter Olympics in Sochi, it’s their moment in history.

The struggle these women have endured in order to have Women’s Ski Jumping declared an official event to the Olympic Games is well-known. Pioneer jumper Lindsey Van
and her teammates took up the fight for equal rights in 2006 with the support and help of many. In 2011 it was announced that they finally would be allowed to compete in the 2014 Olympic Games. The men will have three ski jumping events, while the women have only one, but change is afoot and this generation of elite female athletes is confident that the generation behind them will enjoy full inclusion. 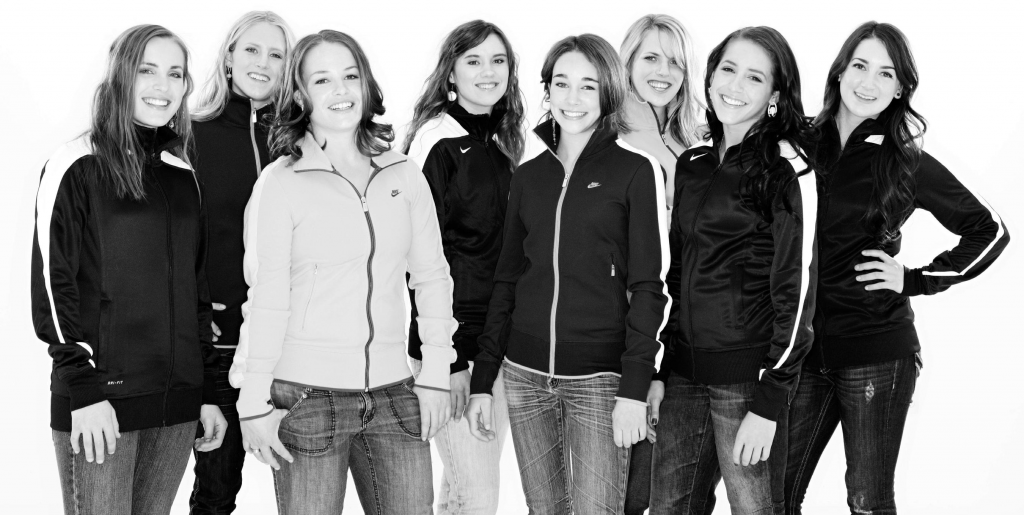 This tight-knit team is poised for the Olympic podium. In October 2013, Lindsay Van won her 16th National Ski Jumping title and is well-positioned to take her rightful place among the world’s top jumpers in Sochi. Her intensity is palpable; having jumped as much or more than any other woman in the world, her scorn for her bad jumps and her satisfaction with her good jumps are equally intense. She’s a competitor to the core. Jessica Jerome has been a strong contender in all her competitions during 2013, now a 10-time National Champion. Her depth of experience and unshakable focus will serve her well in Sochi. Sarah Hendrickson, the spectacular rising star of the team, suffered a knee injury in August but is working hard for a full recovery and chance at the gold. Abby Hughes also has great depth in her jumping resume and her 2013 season results were strong and consistent. Alissa Johnson had her best results ever during the 2013 World Cup season. Nina Lussi, a native of Lake Placid, was raised in the expertise and excellence the Olympics demand of an athlete and is ready for the test. Nita Englund of Michigan was sidelined for a year because of injury, but is back and ready for this season.

There are many wise lessons these women have taught us as they’ve grown up in front of our eyes: their loyalty to each other, their tenacious dedication to individual dreams, and their grace under pressure. But perhaps the most profound inspiration comes from Sarah Hendrickson. When she started this adventure thirteen years ago, she was the cute kid that Lindsay Van tucked under her wing. A decade later, she became Park City’s sweetheart with her angelic face, sweet demeanor, and unstoppable number of wins on her career scorecard. When she won 9 of 13 events during the inaugural World Cup season, the whole world sat up and applauded her accomplishments. For the past year, all of Park City has been eagerly awaiting a winning performance in Sochi. Then the cruel reality of how differently life can unexpectedly turn hit her. In August 2013, during jump training in Germany, she injured her right knee upon landing. She underwent surgery with a top-notch medical team well aware of what was at stake. The full resources of the US Ski & Snowboard Association’s elite training facility have been at her disposal. However, at the time of this writing, she still doesn’t know if she’ll be in Sochi. With the determination of a champion, Hendrickson said, “When it happened, I cried for five days. After that, I told myself to pull it together, come up with a goal and do whatever I needed to do to accomplish it. My goal is to be competing in Sochi.” The courage of the lion had roared out of that tiny body and the entire world, regardless of nationality, culture, or competition status, prays she’ll get her chance to fly in Sochi.

Paint and Brunch events at The Paint Mixer Looking for something versatile, inventive and fun to do? The Paint Mixer offers a trend-setting artistic experience,...
2014 Issues

By Karen Blake Horses are frequently injured without warning, especially in the warm summer months with increased turnout and riding time. Many soft tissue injuries...
X