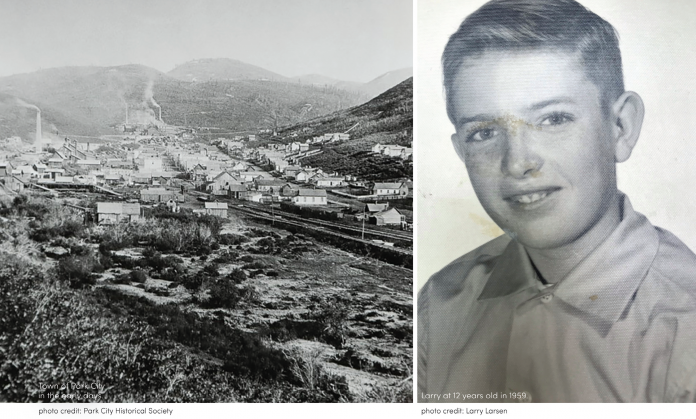 “I don’t text or email. I’m old-school.” The first words I hear from this spirited 72-year-old epitomize the very reason I contacted him. I wanted to meet an original Parkite, and Larry Larsen is the real deal. This old soul with a young face is a descendant of generations who were born, lived and died in Park City long before corporate ski resorts, internationally renowned festivals and rarely inhabited second homes became the hallmarks of this town.

“Your money’s no good here,” he says, flashing his sparkling blue eyes first at me and then at the Starbuck’s cashier. She is instantly charmed, and so am I. We find a table to sit down at and I begin a fascinating journey with him into the history of our town, back when you could buy a house for $800 or ride a homemade ski lift for a buck a day. “Sometimes a chair would fall off and you\:l get hurt;’ Larry muses, as if that was the fun part.

Some of Larsen’s ancestors moved here from Denmark and England in the 1800s. Then there are some who seem to have just appeared in the area and nobody, not even their own spouses, ever knew where they came from. They worked the mines and ran bakeries and cafes. In Park City’s heyday, there were over 60 bars and a dozen brothels catering to over 10,000 residents. However, in the 1950s when the mines were petering out, Park City’s population dipped under 1,000. But, the Larsens stayed and became local icons.

“You might go for days without seeing an unfamiliar vehicle.”

While the remaining adults faced hard times after the mine closures, their children could not have been happier. Larsen’s face lights up as he recalls his adventures and misadventures in the empty streets , defunct mine tunnels and dozens of derelict buildings, full of abandoned belongings. And boy, was this town quiet! “You might go for days without seeing an unfamiliar vehicle,” he remembers. “There just wasn’t any reason for anybody to come here.” Woodside Avenue, devoid of any traffic or parked cars, was the official sleigh riding hill in the winter and in the summer the children could race right down deserted Main Street with reckless abandon. 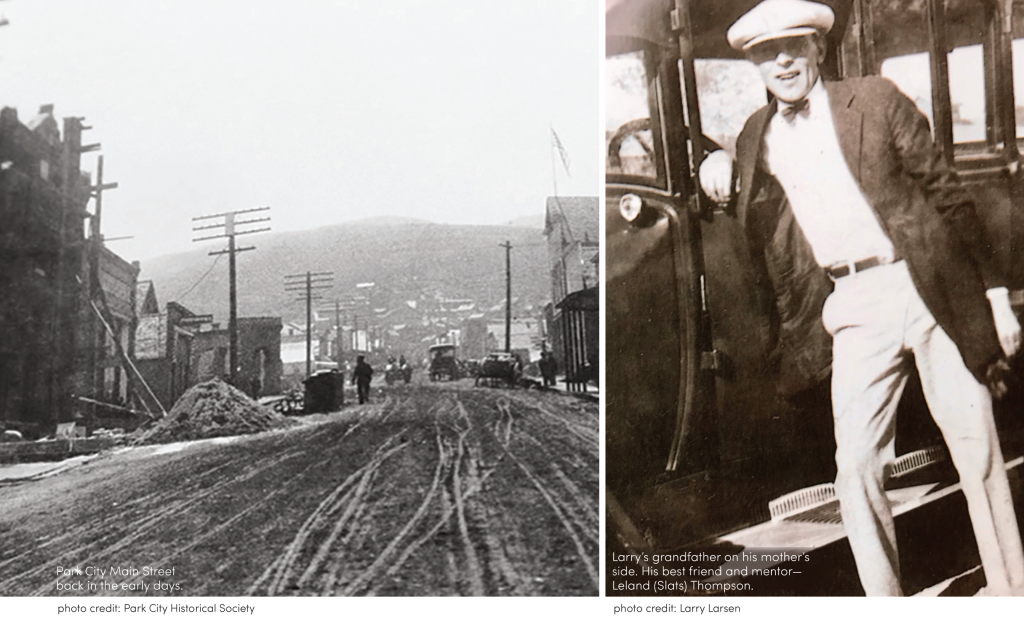 Much to the chagrin of the town’s younger population, the two schools remained open. Corporal punishment was still a thing and the Park City High School teachers were frontier-town tough . Larsen recalls one student who was commanded by a teacher to fetch a board from the woodshop so she could paddle him with it. He brought back a 12-foot 2×4, thinking he had outwitted her. He was proven wrong, when , positioning herself four aisles over from the child, she demonstrated her common-sense knowledge of physics by harnessing enough leverage to jettison him squarely across the classroom. “And she was one of the nice ones;’ Larsen says, grinning widely. He goes on to tell me about the school’s shop classroom, which had an open metal urinal in the middle. The boys learned a valuable lesson about the conductivity of urine when the teacher hooked the urinal up to a battery.

Cruelty notwithstanding , Larsen did graduate from high school and then the University of Utah. He went on to enjoy a long, successful career with an energy company. Today he spends his time skiing, golfing and reminiscing with friends and family about how things used to be. If you see him, say hello and ask him about poor old Virg, the garbage man or maybe, if you’re really lucky, he’ll tell you one of the stories I wasn’t allowed to publish.

Either way, you’ll be in for a treat!

Ain’t It Funny – Did They Really Just Ask That? 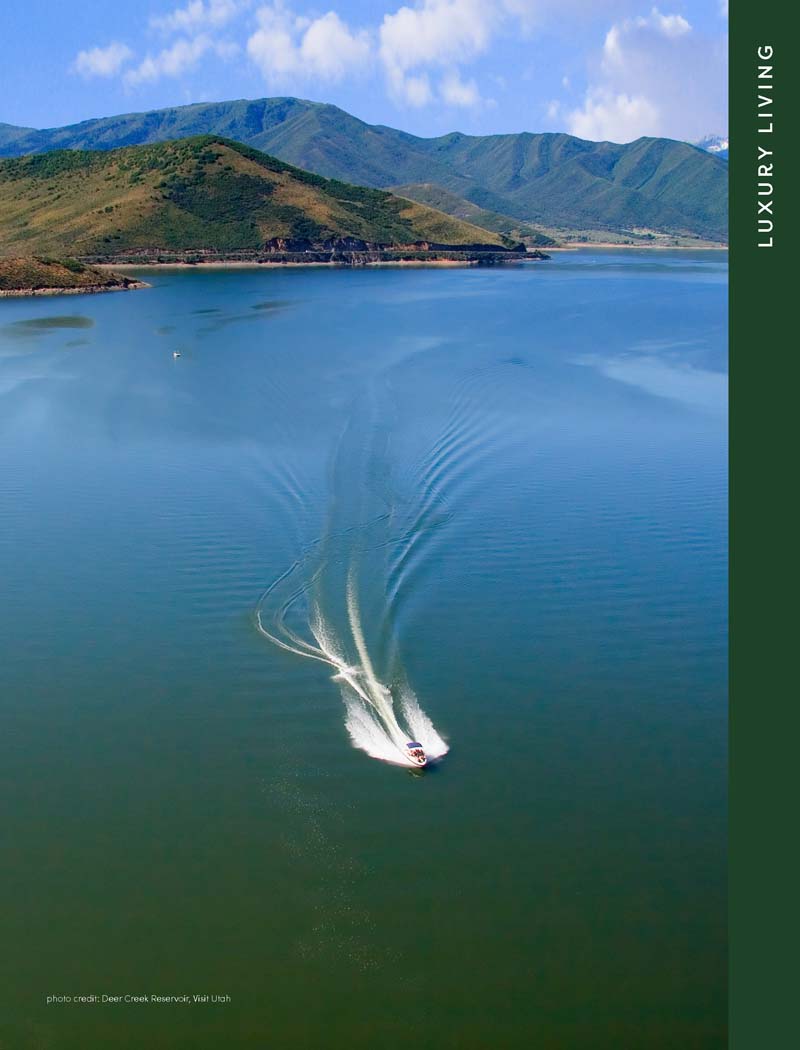 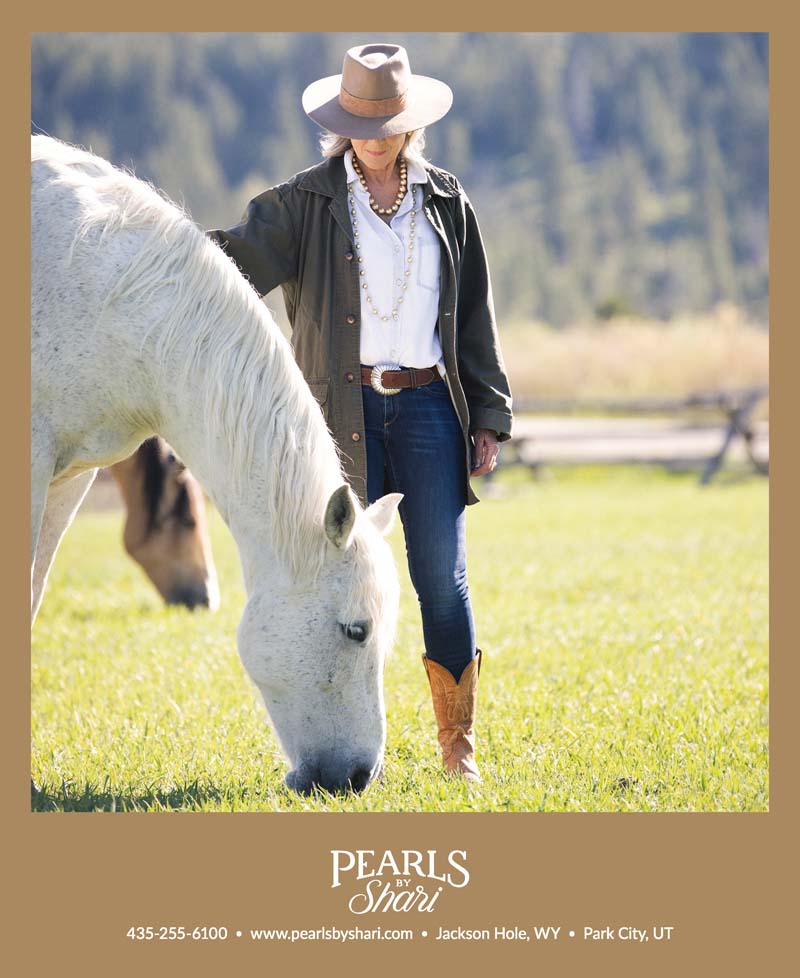 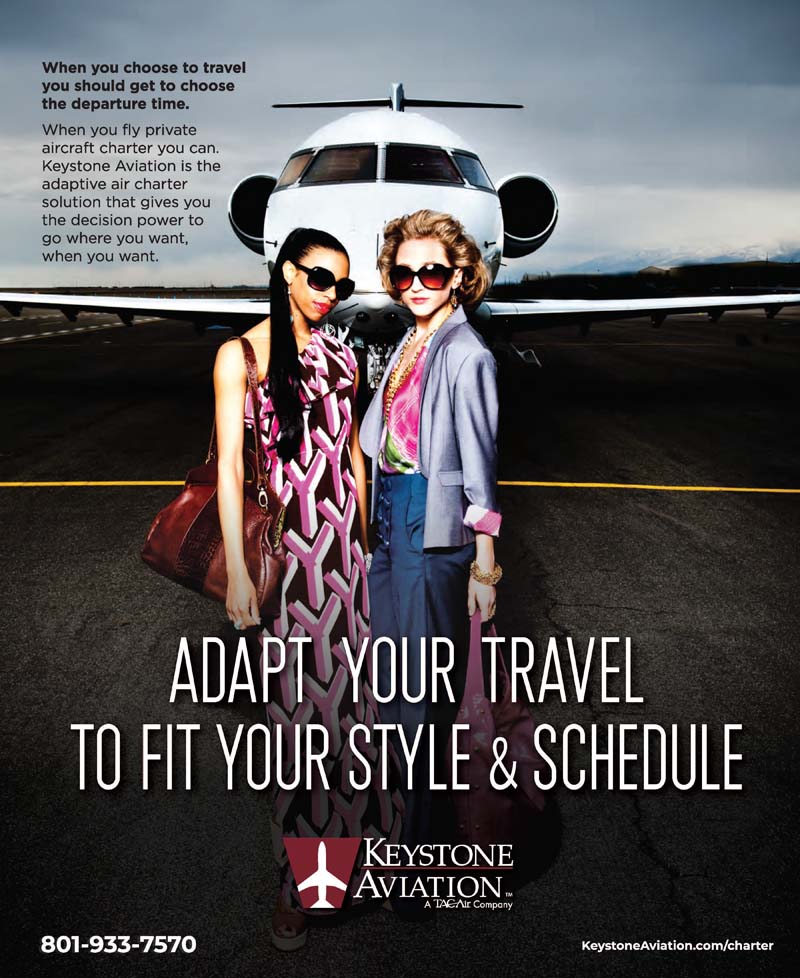 Frost Yourself – Add That Perfect Sparkle

Grab a Piece of Serenity

From studying wines around the world to his current role as Wine Director at St. Regis, it’s safe to say Mark Moulton, a certiﬁed...
X