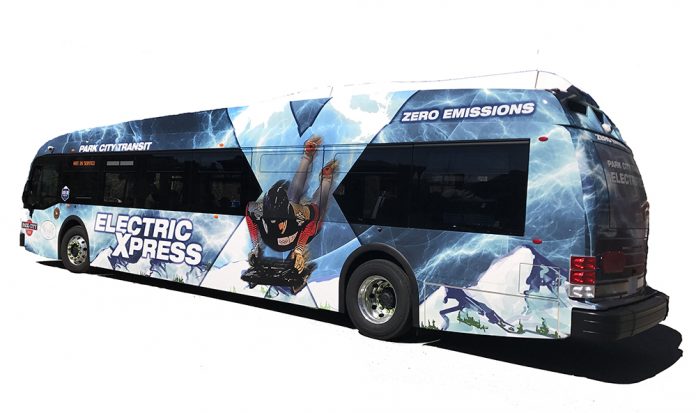 New routes and a brand new all-electric fleet are keeping Park City connected. These exciting changes put Park City on the cutting edge of transit and technology, while making Park City the first mountain town in the state and country to have an all-electric bus route.

Seven days a week, from 7:00 am to midnight, the Electric Xpress runs every ten minutes from the Kimball Junction Transit Center to the Old Town Transit Center.

Park City Transit partnered with the Park City Council and Summit County to increase services on both entry corridors and reduce emissions. Carrying almost two million riders each year, Park City Transit is committed to the community goals around energy efficiency and sustainability.

In addition to the new Electric Xpress down State Route 224, Park City and Summit County expanded a route to and from Kamas to support commuters. This keeps cars off the busy State Route 248 entry corridor at peak times.

Councilman Andy Beerman explains, “Park City is taking aggressive measures to reduce our growing traffic challenges. The Electric Xpress and expanded regional routes are key components in a multifaceted plan to increase the ease and appeal of public transit.”

For years it was the “ease” that kept people in cars. Today concerns about air quality, traffic and parking are also encouraging people to leave their cars.

Local rider, Monika Guendner, states, “I’m taking the bus into town more because of the new bus. With only two stops, air conditioning, USB chargers on the backs of seats and
Wi-Fi—it’s easy!”

Beerman concludes, “This is an exciting step forward in our efforts to reduce congestion and create a community less reliant on cars.”

Wave for a Ride