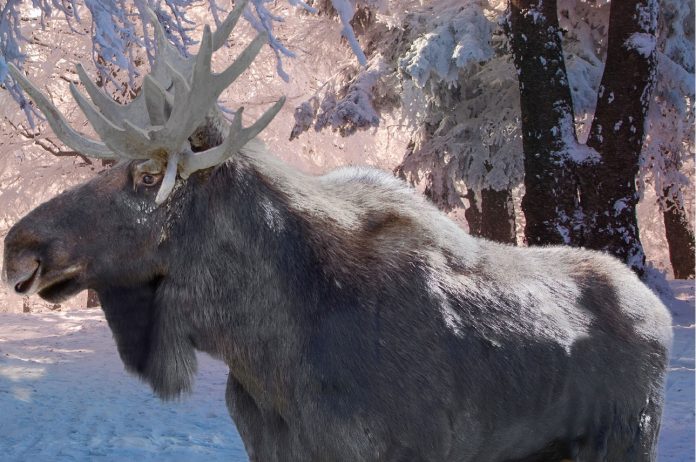 One of the most wonderful aspects of the Park City area is our commitment to living with wildlife, not against it.

Parkites’ photos of their backyards filled with resting elk or deer frequent social media sites. Utah’s Division of Wildlife Resources (DWR) actively and humanely manages Summit County’s large populations of deer, moose, and elk. They are very aware of their migration patterns, large herd movements, and health. With just
a little bit of education and understanding, living alongside these magnificent creatures will continue to be our privilege.

During the winter of 2015, record numbers of elk were challenged to find their way along their traditional migration trails. One of nature’s mysteries yet to be revealed to humans is how deer and elk find their way back to their seasonal feeding ranges by virtually retracing their footsteps. They follow the identical course all their lives and teach their young to do the same. When humans build roads or housing developments that block these routes, the animals are often trapped and confused. This was quite noticeable last winter along the I-80 and US40 corridors that border Park City. This resulted in heart-wrenching numbers of roadkill. As a last resort, relocation programs have been tried. However, these are highly stressful on the animals and often result in low survival numbers.

The local citizen organization, Save People Save Wildlife, has been very successful in influencing Utah’s Department of Transportation (UDOT), and DWR to install fencing. Last summer, a particularly dangerous stretch of I-80 near Parley’s Summit was identified by the group and brought to UDOT’s attention. Animals trying to cross the freeway to get to water endangered drivers and wildlife almost daily. “I was speechless and so grateful that they [UDOT] not only heard us, but validated each
and every one of our concerns,” said Sharon Cantwell, a member of Save People Save Wildlife.

In an exemplary move of good government and citizen alliance, UDOT began installing the needed fencing and Save People Save Wildlife started fundraising to help pay for it. In record time,the needed safeguards were put in place.

Park City is blessed in innumerable ways, one of which is abundant wildlife. We urge you to learn more about the animals you see outside your window. You’ll appreciate their beauty even more and they will appreciate you helping them live full lives in their native landscape.

When the ski boots come off, put on your dancing shoes! Whether you're in the mood for an intimate accoustic set or want to...
X