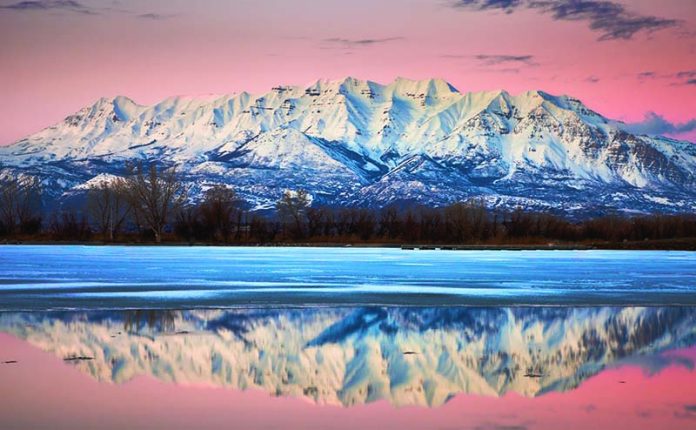 Uncover the Benefits of Elevation

Living at altitude has its advantages—namely stunning scenery, clean air, inspiring recreation opportunities and a host of health beneﬁts. But living in Park City, in particular, comes with a unique set of perks that residents and visitors alike can embrace at 7,000 feet, making it the place we all want to work, play and live.

Let’s start with sunshine. I grew up in Akron, Ohio, where the sun shines an average of just 164 days a year. It’s hot and humid in the summer, cold and damp in the winter, and grey most of the time, period. In comparison, Park City boasts an average of 229 sunny days, which is 24 more days than the U.S. average at 205. Add the lack of humidity averaging at 51.7 percent, it’s 20 percent less than Akron—and that was all it took: I was sold. I moved here more than 28 years ago and never looked back.

But don’t take my word for it. Take a stroll down Park City’s historic Main Street or around the resorts’ base-area plazas and you’ll see the parade of residents and visitors alike en route to their next adventure. It’s no wonder this utopia at 7,000 feet currently ranks among the top 100 healthiest communities in the country according to the annual rankings released by U.S. News & World Report.

But is this town’s superior health due to the world-class ski resorts, cycling routes and expansive trail system–and Parkites’ ambition to tackle them? Or does living at altitude really give folks an extra edge? People living at higher altitudes tend to be healthier, but definitive evidence as to why remains somewhat elusive. Either way, here are a few options—and potential rewards—for living Park City’s “high” life to the fullest. 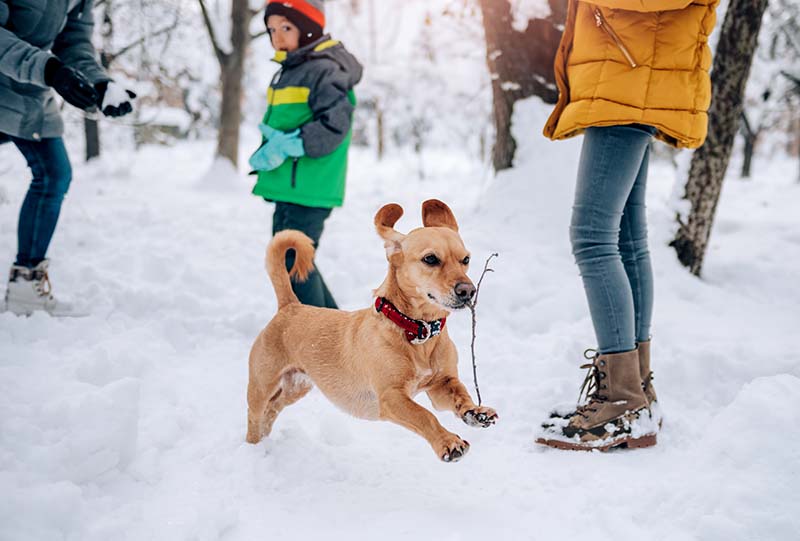 GOOD FOR YOUR HEART … AND SOUL
Several studies indicate that living at higher elevations can lead to higher levels of heart health. Some theories suggest that the reduction in atmospheric pressure forces your body to work harder to take in oxygen, thus improving cardiovascular fitness and reducing metabolic syndrome—a cluster of conditions that occur together increasing risk of heart disease, stroke, and type 2 diabetes. Another theory proposes that better access to vitamin D due to being closer to the sun results in fewer heart problems.

One thing’s for sure, the inspirational beauty of the Wasatch Mountains will undoubtedly inspire you to get outside. Whether for a stroll along the Historic Union Pacifi c Rail Trail, an adventure in the Uinta Mountains or a car ride out to Heber Valley and the majestic Mount Timpanogos, the gorgeous settings should provide plenty of incentive to explore.

GOOD FOR YOUR GAME … AND WAISTLINE
It’s not just the proximity to acclaimed ski resorts that has elite athletes from all over world coming to train in Park City. U.S. Ski & Snowboard teams are headquartered here, along with its Center of Excellence featuring state-of-the-art training facilities and its educational resource center.

Maybe it’s because people simply exercise more or are generally more active in Park City, but the same USNWR study ranked Summit County in the top five communities nationally for low obesity prevalence. Other theories suggest that it takes more energy for the body to function at higher elevations, which could contribute to lower weight, while another infers that altitude aff ects the hormones that control hunger and decreases appetite.

INCREASE YOUR ACTIVITIES … AND LIFE SPAN
One factor that contributed to Summit County’s top ranking in the healthiest communities study is residents’ proximity to a park, and with five national parks located within Utah and trailheads literally around every corner, it’s no surprise the study found that 75 percent of all Utahns live within 0.5 mile of a park. While there is no clear correlation, it’s also worth noting that life expectancy in Summit County is 84.0 years, while the national average is 77.5.

The member-driven, non-profit organization, Mountain Trails Foundation (mountaintrails.org), not only maintains more than 400 continuous miles of non-motorized trails, but also off ers interactive maps, etiquette tips, parking information and host of seasonal events and competitions for runners and cyclists. BONUS: Bring Fido! Off -leash dog parks range from charming open space tucked into Old Town next to the Park City Library, to 1,400 acres in Round Valley, to the 1.5-mile, fenced-in loop at Run-A-Muk, nestled at the base of the Olympic ski jumps and overlooking the postcard-worthy Swaner Nature Preserve. 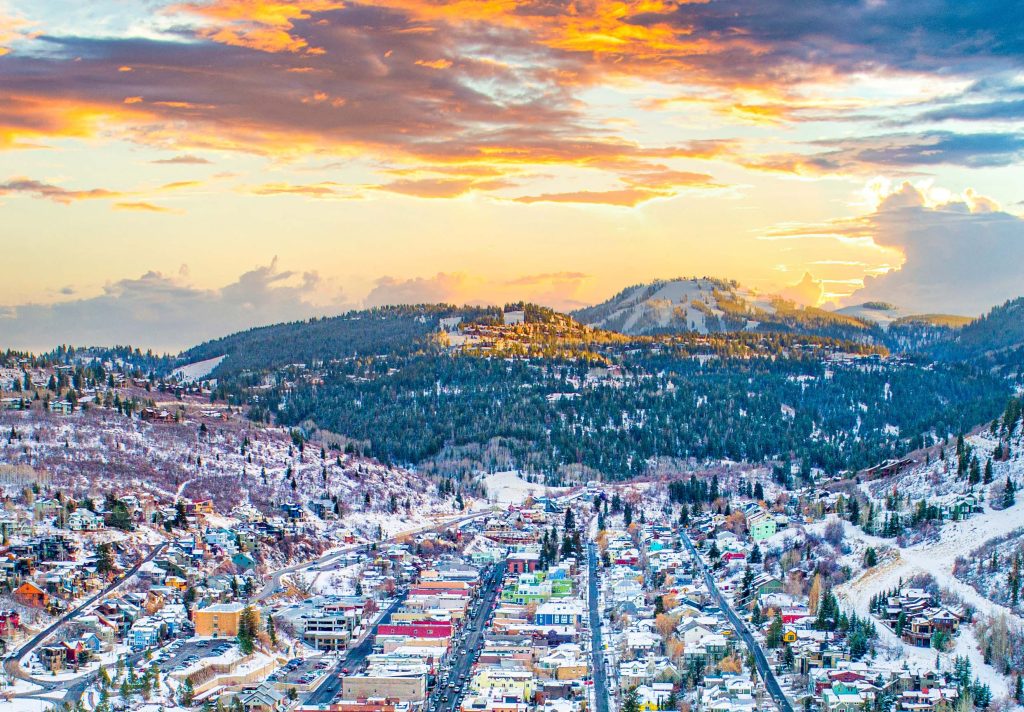 KEEP IN MIND …
Along with benefits, it’s worth noting that living in the mountains requires some additional considerations that, while important for folks at sea level, become even more imperative for those of us at altitude. Th at includes plenty of hydration–water for your body, hydrating lotion and conditioner for your skin and hair, and lots and lots of sunscreen.

Most people don’t experience altitude sickness until they go higher than 7,000 feet, but it completely depends on the individual and it doesn’t matter the person’s gender or fitness level. Common symptoms are headaches, dizziness, nausea and loss of appetite, and while it generally dissipates over time, check with a physician if experiencing any problems or before trying any new exercise plan.

No matter how close to heaven you call home, don’t expect altitude alone to spare you from poor health. But it appears stronger hearts, better fitness levels and longer lives are just a few of the health perks of living in Park City’s elevation, or as we like to call it, the sweet spot.

It’s Time for a Spa Day… 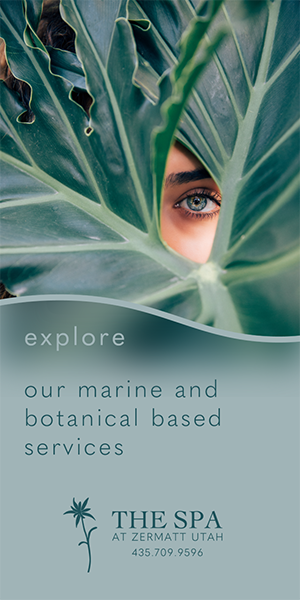 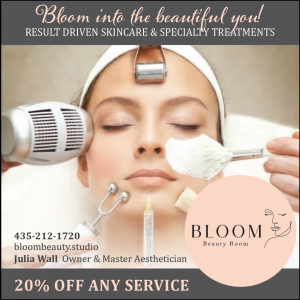 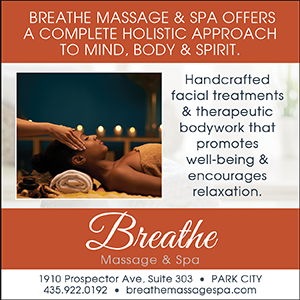 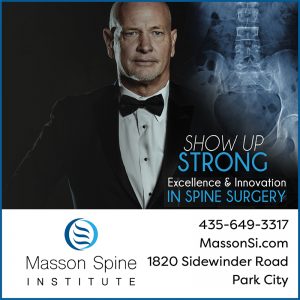 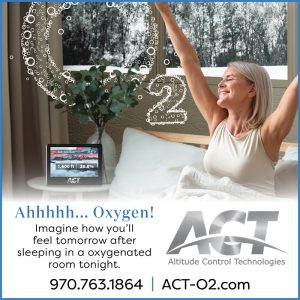 Shred for Red with the Leukemia & Lymphoma Society

Pampered – The Spa at Zermatt