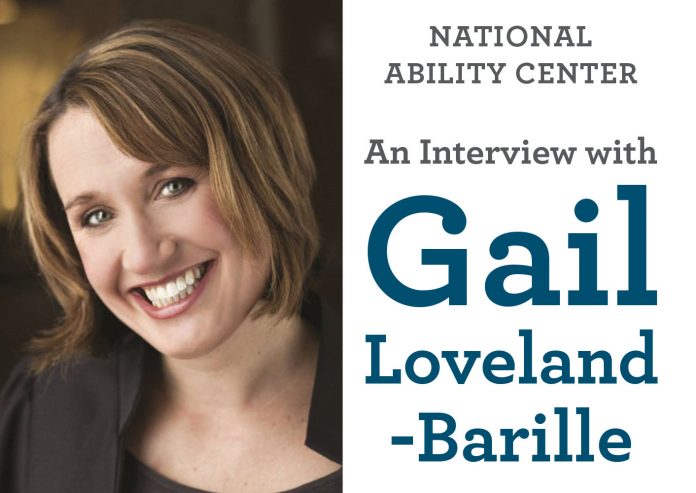 An Interview with Gail Loveland-Barille

As I walked into Gail Loveland- Barille’s oﬃce at the National Ability Center, a warm energy bounded from the young executive and a calm graciousness settled over the room. Within a few moments, the passion Loveland-Barille garners for her non-profit work at the beloved NAC in Park City was apparent. The executive director conveyed both tenderness and hope as she spoke of the non-profit’s primary goal of providing emotional connections for people across the world who have family members with diﬀerent abilities. Indeed, she believes that families that play together, stay together and that “inclusion is really the strongest element in embracing people of diﬀerent abilities.”

Loveland-Barille was nominated for the 2015 Ernst and Young Entrepreneur of the Year award and has served in her current position the past five years. Over her tenure, community involvement at NAC has risen 40%, and the operating budget has grown substantially. With such an energetic leader at the helm and strong support from staﬀ and volunteers alike, the NAC has mastered a stalwart culture of transparency, commitment, and compassion, and continues to exceed the mission of its numerous outreach and adaptive recreational programs.

We should all have an interest in making an impact, Loveland-Barille says, and we can achieve that through “answering the needs of a global community.”
As we stood up to close the interview, I asked if she knew the mission statement of the NAC, which she confidently recited with a marvelous smile: “The National Ability Center empowers people of all abilities by building self- esteem, confidence, and lifetime skills through sport, recreation, and educational programs.”

On March 2 – 4, 2017, the NAC will celebrate its 31st year by hosting its 13th annual fundraiser called Red, White, and Snow.
Nationally recognized chefs and the finest vintners will host gourmet dinners while guests socialize in an extraordinary setting. This weekend- long event celebrates people of all abilities, and is a powerful way for the community members of Park City to get involved.

Send in the Sounds

The story behind a local self-taught audio genius. By Steve Phillips Emmy award-winner Jim Fosgate and his wife, Norma, live the good life in nearby Heber,...
2016 Issues

Eclectic Lineup for Utah Presents By Dwayne A Vance Utah Presents has assembled a veritable cornucopia of cultural and artistic events covering a broad range of...
X