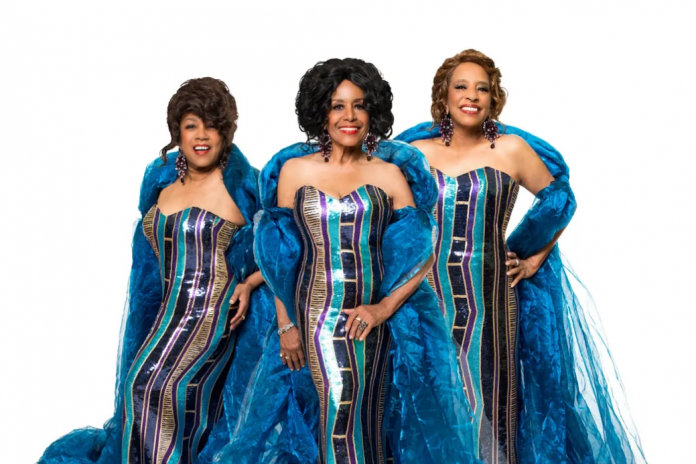 MIDWAY, UT – Organizers are proud to introduce the Midway Multicultural Music Film Festival in the charming city of Midway, Utah from January 25th to February 1st. The event will take place at Zermatt Resort & Spa, conveniently located between Sundance Resort and Park City, home to the Sundance Film Festival.

In its inaugural year, the festival aims to bring diverse communities together to embrace our differences and discover our shared experiences. The Midway Multicultural Music Film Festival provides an opportunity for entertainers, filmmakers and entertainment enthusiasts to come together in the spirit of challenging, developing, and celebrating equality, social justice, nondiscrimination, diversity and multiculturalism in film, music and as a part of their everyday lifestyles.

Founded by a diverse group of entertainment professionals and enthusiasts, the event’s mission is “Be the change and collaborate cross-culturally for the benefit of humankind.”

The festival will include features, and short films of all genres, including The Americans with Disabilities Act (ADA), Animation, Documentary, LGBTQ, Musical, Narrative Feature, Shorts, Spiritual Films, VR and AI Films, and Veteran Films. Daily Q&A panel discussions and live music events will be held.

Tickets are available online at midwaymulticulturalmusicfilmfestival.com/ticket-sales. Veterans are eligible for a 50% discount when they use the code VETFLICKS. Locals can use the code MIDWAYFEST2020 to receive a discount. Utah ID required. Parking for the event is FREE!

For more information, please contact the Midway Multicultural Music Film Festival at (435) 565- 2342 or via email at MidwayFest@gmail.com.

A PEEK AT SOME OF THE FILMS THAT WILL BE FEATURED:

Last Man Club
After losing touch over the years – four World War II Veterans who served together on a B-17 Bomber, each now finds themselves trapped in their own “private little hell”. Pete is dying in a veteran’s hospital and it’s his nurse, Ripley who helps him find the last known address of Eagle, his Captain and pilot of their beloved B-17.
After receiving the letter from Pete, Eagle dresses himself in his reunion military uniform, steals the battery from his son’s car and escapes in his late wife’s 1958 Ford Fairlane and along the way of gathering his fellow Veterans, meets up with the most unlikely crew of misfits, including a young woman on the run from her abusive boyfriend. They are on a mission and no one, not even the police or FBI is going to stop them from breaking Pete out of his hospital for a whirlwind – last hoorah.

No Greater Love
No Greater Love explores a combat deployment through the eyes of an Army chaplain who carried a camera in Afghanistan, capturing the gritty reality of war as well as the bond that is made among troops. The film shows the experience of war, but more importantly, helps viewers understand the personal struggles of soldiers.

Heroes of Dirt
Heroes of Dirt (PG-13) opened in U.S. theatres on September 4, 2015. The action/adventure first BMX movie in a generation is about a passionate BMX dirt jumper who aspires to be the next stunt champion and is forced to mentor a troubled teen.

The Man Who Saved The World
Few people know of him… Yet hundreds of millions of people are alive because of him. The actions of Stanislav Petrov, a retired Soviet military officer, prevented the start of worldwide nuclear war and the devastation of much of the Earth.

Saturday’s Warrior
Saturday’s Warrior, (Rated PG) a religious-themed musical written by Douglas Stewart and Lex de Azevedo. The musical tells the story of a group of children that are born into a Latter-day Saint family after making various promises in the premortal life. Two of the children, Jimmy and Julie, encounter personal struggles that help them rediscover and fulfill their foreordained missions in life.

Sydney Colston brings 20+ years in Hollywood as an Actor, Director, Producer, Writer, and also videographer from the Academy Award (Oscar) & Grammy Award-winning team, “20 feet from Stardom”. He has helped organize numerous LA Film Festivals, including the Raw Science Film Festival, (won “Best in Fest” 2019, by Fest Forum) and the GI Film Festival at the Smithsonian Institute. Also, he has acted in several Feature Films and many Commercials, 5 of which are Super Bowl commercials. Currently, Sydney hosts a music television show out of Las Vegas. Additionally, he manages several members of The Supremes, and 16 other Music and Motown Legends.

Marc Bovee II has 35+ years in the entertainment industry has included a decade in cinema operations for Loew’s Theatres in New York City and Pacific Theatres in Los Angeles. From 1990 to 2014 Marc was involved in the distribution teams for over 400 feature films at Twentieth Century-Fox and Universal Studios. Currently, Marc is starting a new cause-related film distribution platform, VetFlicks. This is an innovative ecosystem of distribution platforms focused on bringing the content of exceptional quality made to honor the global veteran experience to market, both theatrically and digitally. He is also the curator behind the GI Film Festival at the Smithsonian Institute in Washington DC.

About VetFlicks
With an expanding population of over 65 million active duty, veteran service members and dependents, VetFlicks was established to produce and distribute high-quality content that highlights military service, courage and honor. VetFlicks will also honor the perspectives of filmmakers whose life experiences have included service to their country or communities. VetFlicks works to ensure that service persons and those returning from combat are portrayed accurately and the issues they face are presented honestly within the entertainment industry.

Flowers are good for you; doctor’s orders

OPENING OF YURT VILLAGE AT THE ST. REGIS DEER VALLEY ANNOUNCED Exhilarating and New Outdoor Dining for Lunch, Après and Dinner on the Slopes of...
Press

Jay Kelly Success at J Go Gallery and Tips for the...

How Jay Kelly is meeting the demand for his amazing torn paper collages. Jay Kelly's Success Kelly is in an enviable position. Demand for his unique...
X