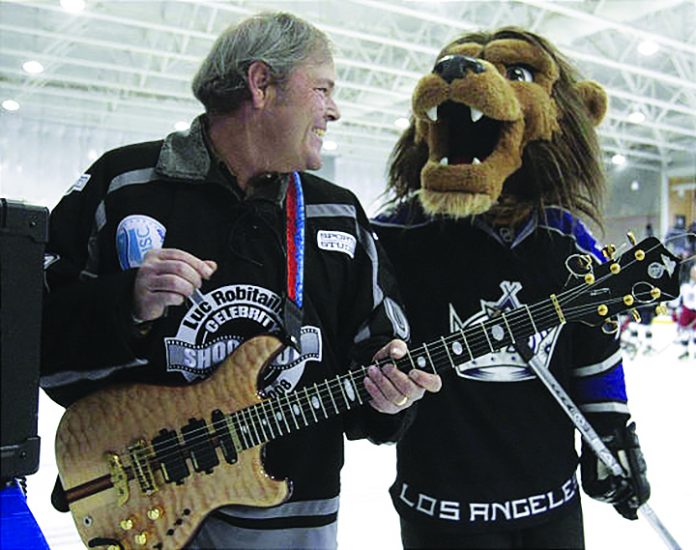 Grooving to the tunes on the hill is like having your own personal soundtrack. You’re in a YouTube ski sequence or Band action film; and with waterproof earbuds or built-in helmet headset, who can complain? Not everyone likes to admit they hit a bump run to AC/DC or tree stash to Snow Patrol for fear of being chastised as anti-social or unsafe. These locals, however, aren’t afraid to dish.

Dana Williams says he listens to everything from The Grateful Dead to Mozart when on the hill. The former Park City mayor and member of the Motherlode Canyon Band admits to rocking out to the New Riders of the Purple Sage and Jethro Tull when he wants to amp things up.

It’s no surprise that the owner of Soul Poles, Bryon Friedman, throws on some Khruangbin when he turns. The former U.S. Ski Team athlete and singer-song-writer in his own right may prefer a bass heavy, psychedelic sound to ski to but his own music could provide a catchy Americana beat for other skiers’ playlists. 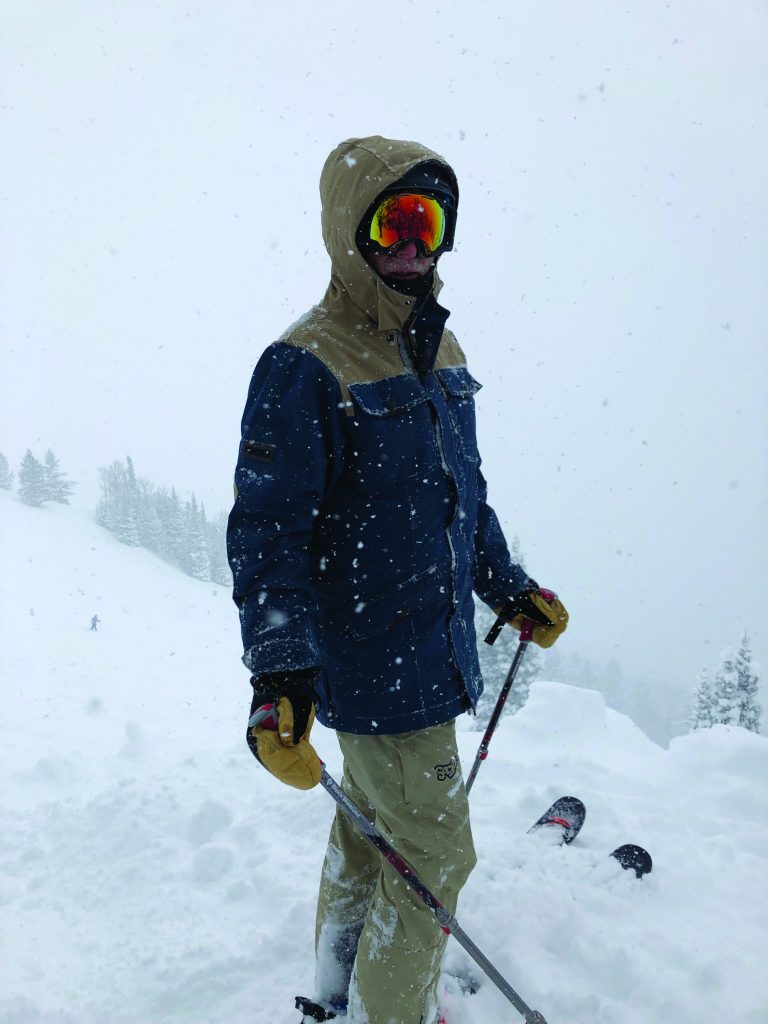 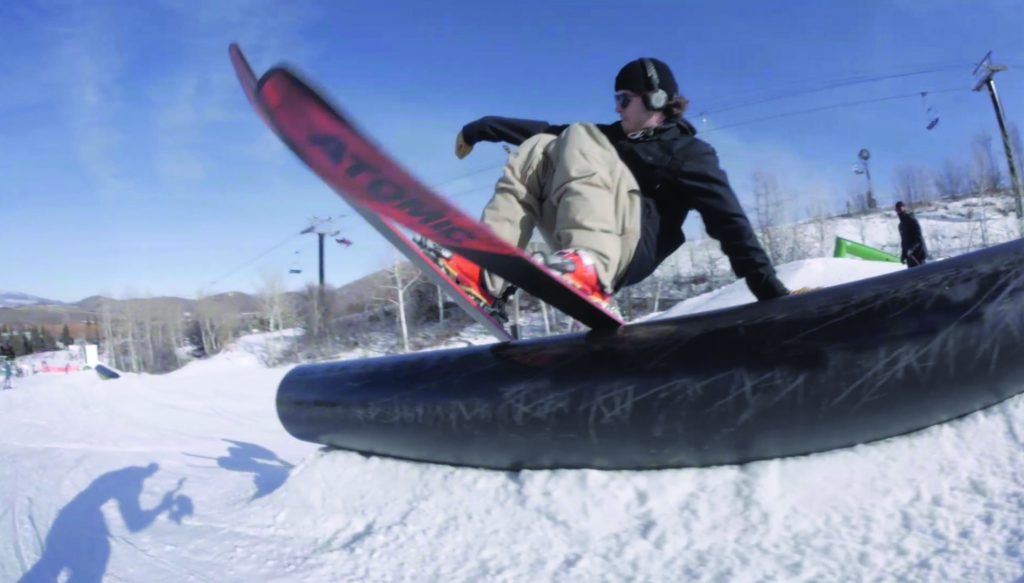 When he’s not filming with Teton Gravity Research, local Nicky Keefer spends half his time in Park City’s terrain parks with his Apple Music playlists fired up. “I like 90s rap, trap, rock, synth wave and 80s bangers.” If you’re not sure what that all sounds like, you can check out his playlist at music. apple. com ! us! playlist / kians-best ! pl.
u- WabZv4ZivroAq2

For some skiers, listening to music depends on who they’re with. 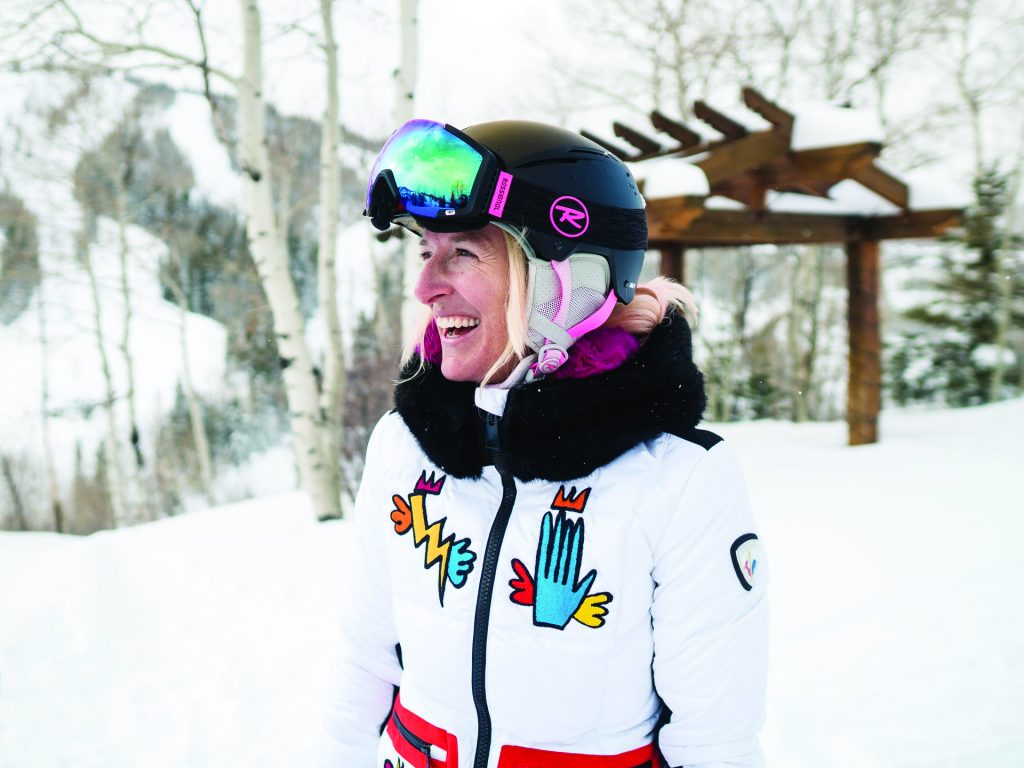 Shannon Bahrke Happe , the motivational speaker and former Olympic mogul medalist gives her full attention as a Deer Valley ski ambassador . “When I get the chance to ski by myself, I have the playlist of a 12 year old girl…Rihanna, Ke$ha, Pitbull, Ed Sheeran, Katy Perry, Maroon 5 get me in the groove to go just a little bit faster:’

“When I get the chance to ski by myself, I have the playlist of a 12-year-old girl.” 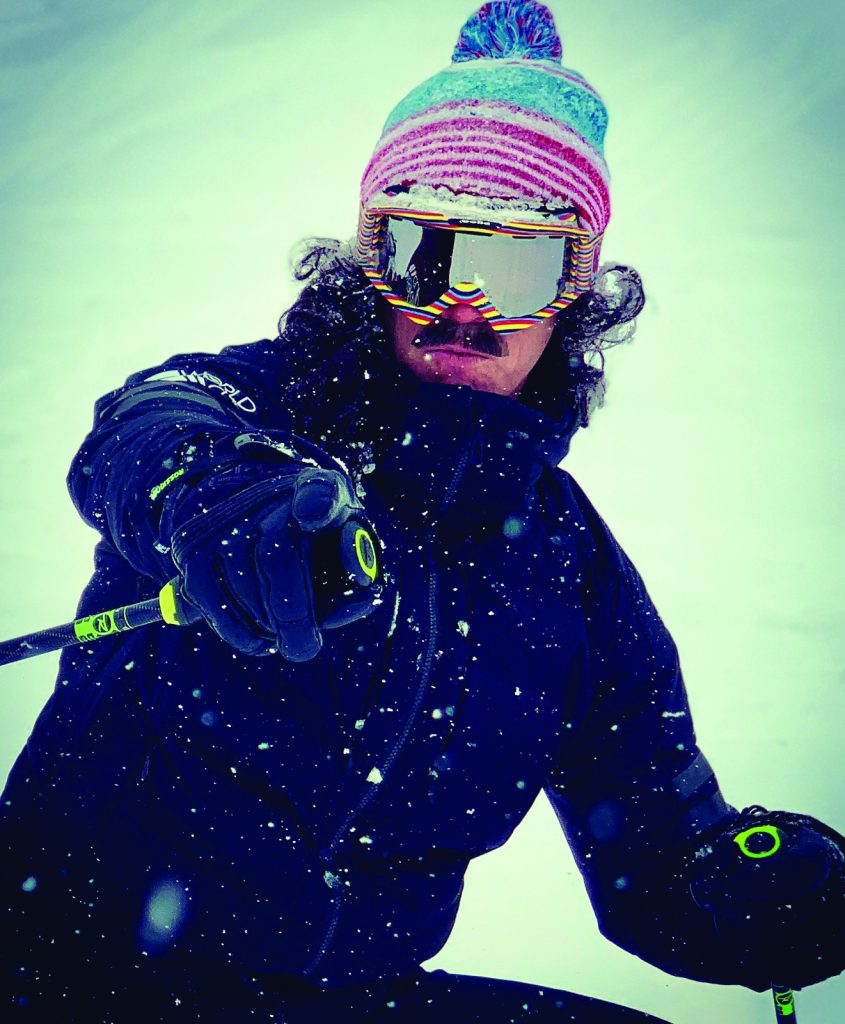 Decorated freestyle skier and U.S. Ski Hall of Famer Trace Worthington runs the Ski with a Champion program at Deer Valley with Barhke. “I do most of my skiing these days with other people so I’m tuned into them, not music;’ said the NBC snowsports commentator. “But when I skate ski, I go full bore with classic rock on Pandora (Foo Fighters, Van Halen, Metallica):’

When ski mountaineer and adventurer Caroline Gleich isn’t scrambling up Everest or saving the planet, she’s curating her Spotify playlists with The Band Perry, Mark Ronson and Lil Nas X. “I listen to music for high intensity workouts or when I’m tired,” she said. However, the passionate advocate for climate change also downloads podcasts like Invisibilia or the NY Times The Daily for those dawn patrol outings. 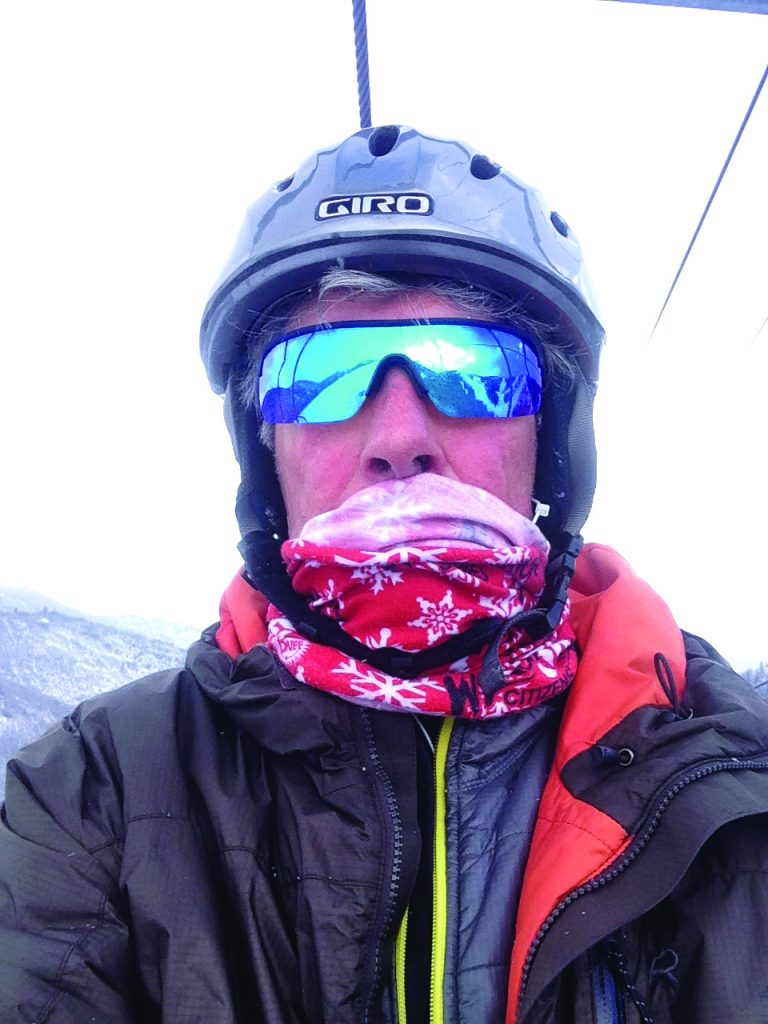 Before he was the head of the Mountain Trails Foundation and turning Park City into a gold-medal mountain biking mecca, Charlie Sturgis was touring the peaks behind Park West (aka Canyons Village), Park City and the Uintas ‘. When he’s on his own in the mountains,the outdoorsman favors down-home blues like the Allman Brothers, Stevie Ray Vaughn and Buddy Guy.

TEN SPECTACULAR COURSES INVITE YOU Golf reigns supreme among time-honored outdoor sports in and around Park City as winter yields to spring and long, lazy...
X