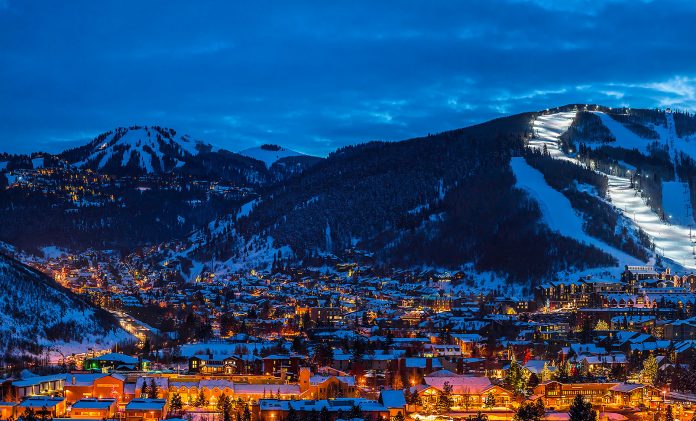 A Slice of History

Hal Prewitt opened his art gallery on Park City’s historic Main Street late in 2015 simply for somewhere to hang his work. When his mother-in-law suggested to the gifted artist, legendary personal computer pioneer and celebrated race car driver that he also display his groundbreaking work in the computer field and racing accomplishments, Prewitt agreed.

The unique “mini-museum” includes one-of-a-kind historic products and technology that started the personal computer industry and Prewitt’s inventions that today store our emails, personal and business data. Visitors will see the technology Bill Gates used to start Microsoft and what Steve Jobs saw that led to the creation of Apple. They can actually touch prototypes of the world’s first local area network (LAN) card and hard disk for IBM’s first desktop and portable computers, along with the first small disk array containing “hot swappable” drives. These are displays you might expect to find in the Smithsonian, except they’re not there. They’re right here in Park City.

Prewitt and his wife, Corinne, moved to Park City in 2009, planning to stay under the radar and simply enjoy mountain life. “This is a wonderful town,” he says. “When we visited we skied and looked at real estate. By luck, we discovered that Mitt Romney’s unique home in Deer Valley was available, so we bought it.” His gallery and mini-museum
is icing on the cake for a man whose previous careers would have been more than enough for most people. Not so for the 62-year-old, part-time Parkite, who owns another home in Florida, where he grew up.

In 2015, Prewitt’s focus shifted to art when he bought the building at 570 Main Street. By Christmas, he had opened his elegant gallery there. Step inside and you’re immediately surrounded by stunning examples of the man’s soaring artistic talent, reflected in the sheen of breathtaking landscape and wildlife photographs. His work, captured from far-flung points around the globe, is sized and priced for any budget. “My mantra is ‘art is for everyone.’ I make it affordable. We don’t need art, it’s all about provoking emotion, providing pleasure and enjoyment,” he says.

Prewitt’s insatiable appetite for new ventures and adventures belies an inquisitive mind and tireless energy. A snapshot of his early years yields clues.
His father was a mailman and died when Prewitt was 17 years old. A dyslexic, he struggled in school. In spite of his challenges, he learned mechanics and engineering,
even earning his aircraft pilot’s license before his driver’s license. His first business was renting out the family houseboat to supplement his income as a construction worker, dishwasher and restaurant cook. He also took up painting and photography and was soon selling his work.

Prewitt built his first computer at age 13, a harbinger of what was to come for the precocious young man. His first exposure to the high-octane world
of auto racing came in high school, when he volunteered at the venerable Daytona International Speedway. After high school he attended community college and Florida Atlantic University, ultimately dropping out to focus on building his businesses. 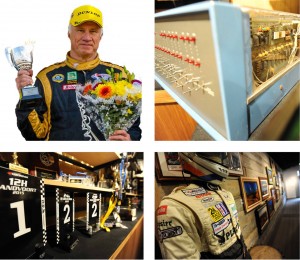 Through the 1970s and ‘80s, Prewitt designed and built computers, network and storage equipment and developed innovative software for early PCs. He created Core International in 1979, developing revolutionary products in the heady, early days of personal computers. He invented and trademarked “Hot Plug,” hot swappable disk drives, controllers and power supplies. He designed, built and marketed state-of-the-art disk arrays, the most advanced in the industry. In his meager spare time, he continued to dabble in racing. By the late 1980s, Core International had offices throughout Europe and Asia. Prewitt sold his company to Sony in 1993 to devote more time to his two young sons and became active in politics and charitable foundations.

In the early 2000s, Prewitt turned his full attention to racing. He went to racing school and was soon competing in international endurance races driving Porsches, BMWs and Lotuses in events all over the world, from Daytona to Dubai. Last year he placed first among American drivers and fourth overall among 57 countries and 819 drivers in the International Endurance Championships.

Racing remains a passion for Prewitt. “It’s the ultimate challenge and requires a degree of mental focus like nothing else. The honor of winning is indescribable,” he says. The sport has taken Prewitt all over the world and provided the opportunity to take great photographs.

“I paint with a camera,” Prewitt explains. “Each image tells a story and captures that unique moment in time that likely will never be repeated. My biggest worry opening the gallery was that people wouldn’t like my work. Fortunately, that’s not been a problem. I love capturing beautiful images, but the true reward comes from sharing and talking with people, especially kids, who visit my gallery. A lot of people can do what I’ve done. If I can motivate them to be more successful and not ever give up, I know I’ve connected. If they’re moved by my images to buy their first piece of art, I’m honored.”

Prewitt admits running the place is hard work, far more difficult than any other business he’s ever owned. “There are many skilled artists and great galleries in Park City. Trying to earn a living in the art world is not a job I recommend. I’m certainly not in it for the money. For me it’s about inspiring, sharing, and improving people’s lives.”

By Sharon Mardala Unexpected inheritance? Bonus? Sneaky savings account hidden from your spouse? If investing in the tumultuous stock market or the current housing bubble...
X