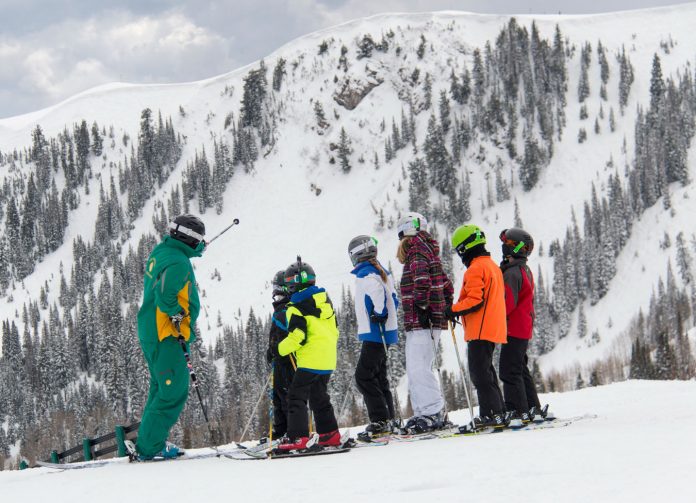 Utah is blessed with more world-acclaimed ski resorts than any other state in the nation. Park City is centrally located among all of them, with two of the U.S.’s top ten resorts calling this their hometown. The resorts are constantly improving, adding and tweaking their operations to improve their guests’ experience, now coming as close to perfect as anyone could hope for. 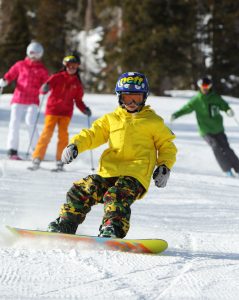 Park City is now home to the largest single ski and snowboard resort in the United States: Park City Mountain Resort. With 7,300 acres, over 300
trails, 41 lifts, 8 terrain parks, one super pipe and one mini pipe, Park City Mountain offers endless adventures for every skill level of skier or snowboarder. There are two base areas: Park City, which opened on November 18th, 2016, and Canyons Village, which opened on November 23rd, 2016.

Park City Mountain is elevating their on-mountain dining experience within their sixteen restaurants. Each location has its own distinctive cuisine and Executive Chef. Everything from burgers to fondue to Mediterranean can be found. The newest addition, Miners Camp, indulges you in fresh, homemade donuts and made-to-order items that may be eaten while taking in the unparalleled views at 9,200 feet above the valley floor.

Deer Valley Resort has been polishing the silver and refining the offerings for their highly anticipated 2016-2017 ski season, opening December 3rd and closing April 16th. Deer Valley is consistently ranked #1 in guest service among ski resorts in North America, as rated by the readers of SKI Magazine.
With 101 runs spread over 2,000 acres of panoramic vistas, it’s no wonder why the name Deer Valley is synonymous with the ultimate skiing experience.
World-renowned grooming for skiers only, fun and safe ski schools, and a wide variety of other winter activities such as dog-sled or horse-drawn sleigh rides keep Deer Valley at the top of everyone’s list. Above and beyond all of this, the dining is beyond compare. With over fifteen exceptional eateries both on and off-mountain, there is
simply no way to leave the resort hungry.

During the 2016/2017 season, Deer Valley is expanding their thrilling “Ski with a Champion” program.
Olympic champion Heidi Voelker is DV’s ambassador of skiing and a twelve-year veteran of the US Ski Team. During the 2016-2017 season, she has invited five more fellow champions to join her in offering Deer Valley guests an unforgettable day of skiing with one of them. Heidi Voelker, Shannon Bahrke, Kris “Fuss” Feddersen, Kaylin Richardson, Jillian Vogtli, or Trace Worthington are available to ski with individuals or groups of up to six. This is recommended for intermediate and above ability levels to test your skills and enjoy spectacular spills. 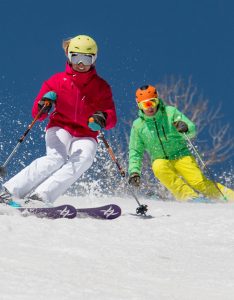 With a name like Solitude and a mantra of “It’s Quite Up Here” it’s clear that this is where you go to escape the crowds.
With upgraded snow making equipment for the 2016/2017 season, Solitude is planning an early November 18th opening for its 1,200 acres of skiable terrain. Last season saw the Summit Express chairlift alignment and upgrade, opening more advanced terrain and managing the crowds effectively by keeping traffic off the beginner slopes!
If you’re looking for access to some untracked advanced terrain, check out the runs now easily accessible in Honeycomb Canyon.

Solitude has something for everyone with their often- overlooked Nordic Center. Accessed from the Village, there are over 12 miles set for both classic and skate style skiing. For dining and après ski enjoyment you can snowshoe through a lantern lit forest to the Yurt at Solitude, and you won’t want to miss the rebuild of the Roundhouse Restaurant and upgrades to the interior of the Last Chance Lodge.

Forty-five minutes north of Park City is a skier and snowboarder’s hidden treasure: Powder Mountain. Located just outside of the charming hamlet of Eden, Utah, Powder Mountain has made itself the playground of elite down-hillers by limiting their season passes to just 1,000. This helps to preserve the pristine wilderness that keeps the exceptional snow conditions possible. It also means that there are never long wait lines at the lifts or over-crowded conditions on the slopes. Powder Mountain also has a monster of a terrain park for snowboarders.

While the resort ski runs at Powder Mountain are incredible, what it may be best known for are its backcountry expeditions. After a brief backcountry safety orientation, you can jump into a snow cat with your fellow powder hounds and two guides, and hit the good stuff: untracked bowls, glades and nicely spaced treed terrain as far as the eye can see.

Entering its 76th year, Snowbasin has an average snowfall greater than that in Park City and is a great choice for a day trip out of the valley. Traveling less than an hour north to Huntsville, Utah, the resort will get you little to no weekday crowds and over 3,000 skiable acres of less tracked and more advanced terrain. With some of the best views in Utah and an impressive vertical rise, you’ll access the 113 runs using the high-speed gondola, tram, or one of seven lifts.

Don’t expect anything less than luxury while spending your day at Snowbasin. With majestic lodges housing the ski services and facilities, these grandiose day lodges rival Deer Valley and mirror their sister resort Sun Valley. Luxury dining and après ski opportunities means your day trip will be complete from first tracks to evening entertainment.

The 2016/2017 ski season is predicted to be awesome on a grand scale. Be sure to visit each of the Utah’s resorts to see the latest and greatest in improved infrastructure, guest experience technology, and fine dining. See

The Hiking Inn Off the Beaten Path

By Annette Velarde Following the crowd is rarely the path that leads to discovering your dream. More often, actively seeking out the exceptional leads you...
2016 Issues

The Best Places for Steak in Park City By Annette Velarde All meat dishes are judged by one gold standard: the perfect steak. The benchmark is...
X