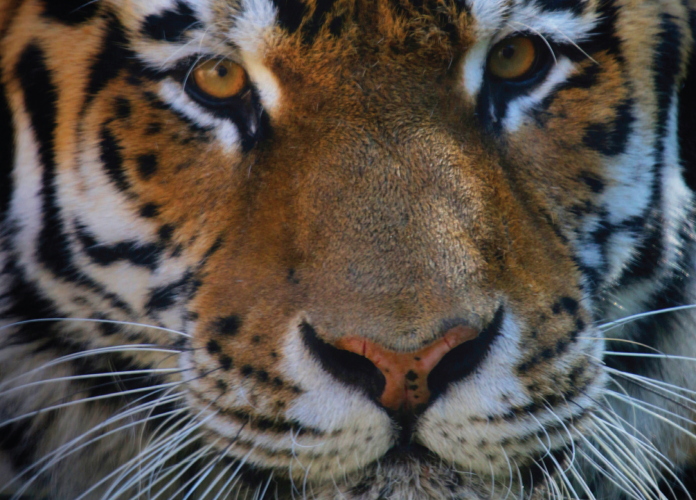 The days are getting shorter as Utah slips into its beautiful fall and winter seasons: crisp air, sweaters, hot cocoa, elephants, grizzlies and snow leopards!

Psst… We’re going to let you in on Hogle Zoo’s best-kept secret:

Winter can be the best time to visit!
Many of the warm-weather animals are heartier than you think. The lions love lying on their heated concrete watching the snow fly. And elephants, Christie and Zuri have been known to play in the snow too (they also have overhead heat, and heated concrete). Th ey can be outdoors until the temps drop below 35 degrees.

The big cats are at their most magnificent in the cooler temps!
They grow two extra inches of fur in the winter. In the wild, the Asian Highlands species are from Siberia so they love it co-co-cold! Plus, this will be the first winter to visit Nikolai, our handsome male Amur tiger.

“We tried different toys. We tried bones and skulls. We tried blocking certain parts of the bridge, but he wouldn’t go out,” said Nik’s keepers who gathered in the Asian Highlands office to talk about the last nine months.

“We really had to go back to the basics with Nik,” they said. “We had to throw everything we knew about cats out the window and really work on building relationships with this animal.”

Nik’s keepers focused on spending time with him. “We just sat with him for hours a day,” they said. “We’d read him articles off our phones, talk to him, sing him songs. We had to help him build confidence to go out on exhibit.”

Eventually, our shy guy Nikolai made his way into his home in Asian Highlands and has since made himself quite comfortable.

“Nikolai is an amazing animal and we’re all better keepers today after working with him,” his keepers said. “We’re so proud of him. Every day he’s exploring the exhibit in new ways.”
So bundle up the kids, bring your ponchos and snow boots and visit the Zoo this winter—in fact, visit in ALL four seasons—They’ll make sure they have plenty of hot cocoa brewing!

Winter is a beautiful time at Utah’s Hogle Zoo! In fact, many of the same animals you’d see in the summer are outside and active...

Formed in 1962 and preforming at the Simmons Pioneer Memorial Theatre on the University of Utah campus, the Pioneer Theatre is a pure delight...
X