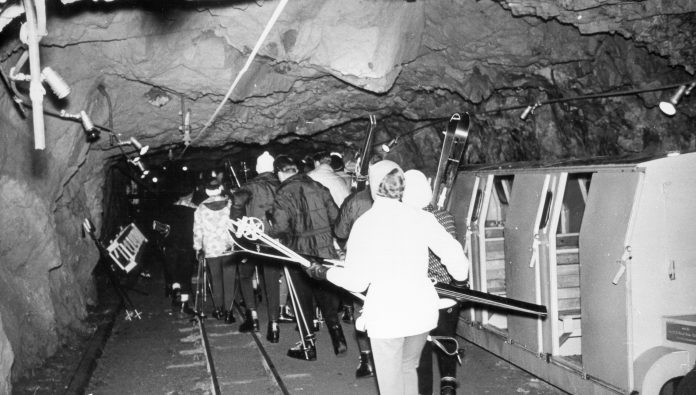 The idea of an underground tram to Park City (then Treasure Mountain) ski terrain in 1964 was not new. Mine execs had been ferrying guests via mine tunnels in the 1920s through the 1940s to reach untouched Wasatch Mountain powder. 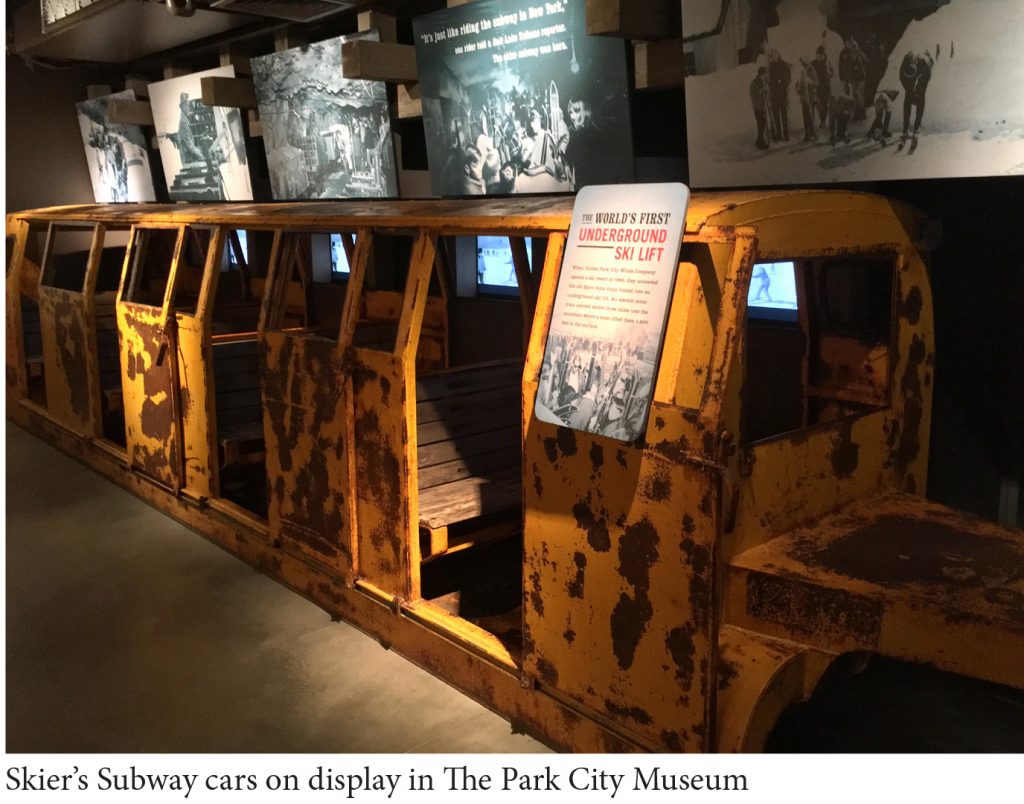 A two and a half mile long gondola line stretching from the resort base to the top of Crescent Ridge was opened in 1963 moving guests to a fi ne new lodge, the Summit House. Skiers sometimes stood in line 30 minutes to an hour for their 22-minute, awe-inspiring journey to the top.

Two riders were seated facing each other and sometimes had two standing passengers jammed in with them. High winds could derail the whole operation; stranded skiers frequently awaited repairs to the line.

Treasure Mountain leaders went a step further to thrill their guests combining a three mile mine tunnel ride with an elevator or hoist to the surface-1800 feet up to access the Th aynes double chairlift . The old mine workings of the Spiro Tunnel (completed in 1917) draining icy water within the mountains were shored up, and the track was repaired to accommodate a special train of cars built by the Card Corporation of Denver.

Out-of-work miners lined up to man the facilities, lifts, and to drive the skier’s electric subway powered by its mine locomotive. Subway riders experienced some discomfort on their journey under the mountain: cascading and dripping water, plops of machinery oil and grease on their fashionable winter attire.

Utah native Dave Sabey remembers the “noisy, dark” subway. “We loved the novelty of the train ride and would drive there from Ogden. It was cool riding the elevator-style lift and getting out into the cold and snow.” 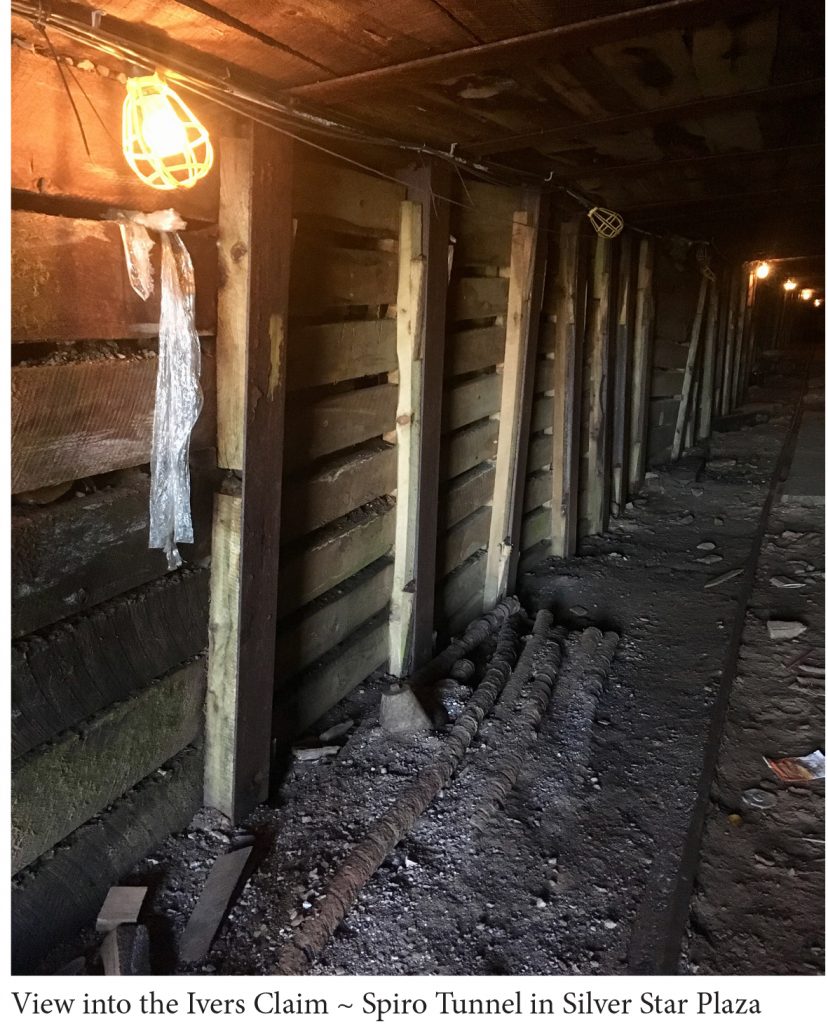 On one not-so-memorable summer ride, the train failed causing an exodus of grumbling, tramping customers in dark surroundings forcing passengers to make their way focused only on the lighted tunnel opening far in front of them. According to long-term residents a man and his son somehow became lost in a side tunnel on this fateful day.

Due to failed funding attempts for both mining and resort activities, Treasure Mountain struggled to repay their loans.Th e most unique mine tunnel to ski slope transport in the world only lasted from 1965-1969. Its legacy is preserved in the Park City History Museum on Main Street, with one of the original cars on display there. A video on YouTube, #Park City 50- “Th e Skier’s Subway,” highlights this unusual adventure.

Come view into Park City’s mining past, the Ivers Claim—Spiro Tunnel in the Silver Star Plaza is part of a recent restoration and is open for public viewing.
Silver Star Plaza –
1825 Three Kings Drive

ALL LEVELS WELCOME - Park City Cross Country Trails With over 70 kilometers of groomed trails, Park City has long been a destination for cross...
Activities + Adventures