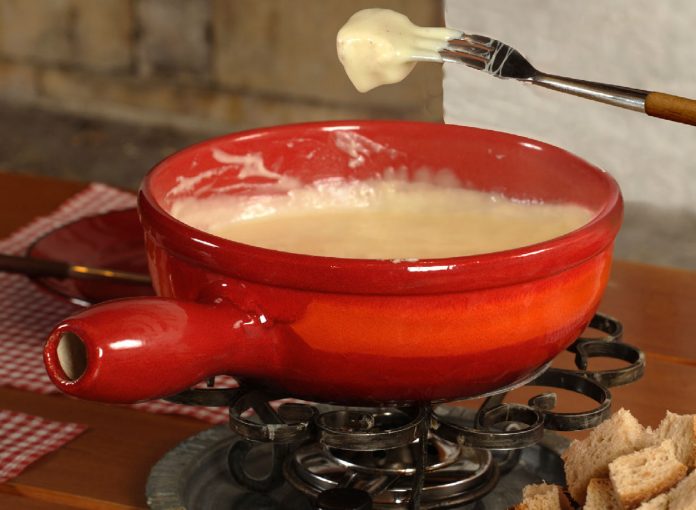 After the kitchen has closed and all the tables have been cleared, the sound of Adolph’s spoons singing along the bar can still be heard. The shot ski sits above patrons ready for its next challengers. To some, this may sound like a celebration of a special occasion, but for the regulars who have enjoyed Adolph’s Restaurant for 40 years, this is just another night in the “Swiss House.” 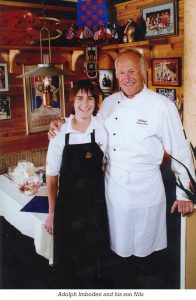 Adolph Imboden is an incredibly passionate person, seen in every dish that leaves the kitchen, every photograph that adorns his walls, and every person he encounters. He has a story for every photo — many of which he took himself (another of his passions). He has a book for every cut of meat, every fruit and vegetable, and every drink he serves — he’ll show them to you if you ask (just be sure you can read German!). Perhaps this is the reason he has survived for four decades in Park City. Or maybe it’s because the U.S. Ski Team calls the place home, and celebrities chill in the bar during the Sundance Film Festival.

Most likely, it’s all of these, and so much more.

Imboden got his start at the world-renowned Culinary Arts Academy in Lucerne, Switzerland before coming to the United States. He spent time teaching skiing in Colorado before finding himself in Park City, where he opened Adolph’s White House. This soon became simply Adolph’s Restaurant — “Distinguished Alpine Dining” that showcased his enthusiasm for food and skiing.

Adolph’s high standards can be tasted in the imported cheeses blended perfectly into his signature Cheese Fondue, the delectable Roasted Rack of Lamb, or any of his European- style veal dishes. It is seen in the presentation of each plate and rediscovered with each bite of his decadent desserts, including Viennese Apple Strudel and Cherries Jubilee.

Step off the slopes and into a place of exquisite European cuisine from this sensational Swiss chef whose restaurant bears his name.

By Annette Velarde Once a solitary beacon for travelers crossing the desert on their way to California, West Wendover, Nevada, has grown into a roaring...
2016 Issues

Arctic Breeds Rescue Written and photographed by Morgan Crolley It is a brisk, clear Sunday in Park City, Utah. Everything is glistening with the remnants of...
X