A history of ruggedness runs through Sundance and lingers… even as things change.

Located in the shadow of Mount Timpanogos, Sundance was a sacred spot for the Ute Tribe, where they summered in the lush mountain meadows.

In 1969, Robert Redford fell in love with the land and, with a few partners, purchased the available land determined to preserve its grace. Th e goal then, like it is now, was to create and maintain a community for the arts and recreation.

Back then skiing was serviced by a simple rope tow and a two-seater lift . Now, with high-speed quads and terrain on both the front and back of the mountain, Sundance provides a visually stunning ski and snow-board experience, for all levels. In fact, two lift s on the front and two on the back now serve the pristine powder.

Skiers can relax at the famous Bear Claw cabin. Th e original cabin was built in the meadow when “locals” Robert Redford and Sydney Pollock filmed Jeremiah Johnson. The cabin is still decorated with memorabilia from the film, but was rebuilt at the summit. Bear Claw Cabin spotlights spectacular views of Heber and Utah valleys, and the Wasatch Mountains. 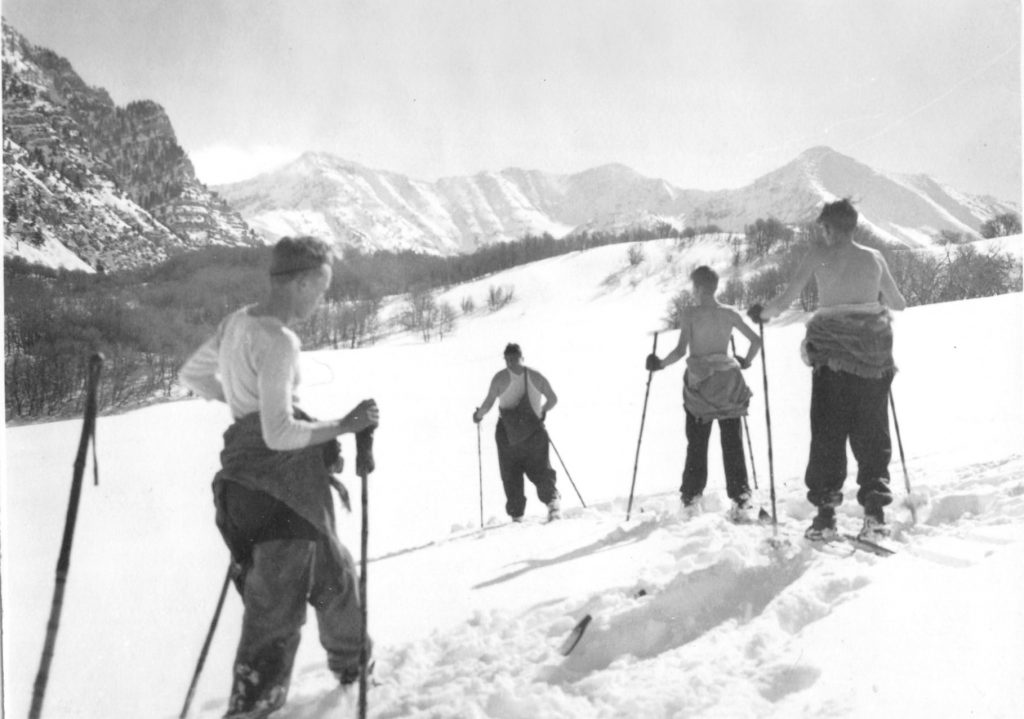 Legend has it that “Red Finger” was named when Redford flipped off the run aft er skiing it while wearing a red glove. Longtime local, Bert Thomas, says, “Th at is one of the toughest runs I’ve ever skied.”

On the other side of the mountain, runs at the Nordic Center were named for Redford’s grandchildren. Th e Nordic Center is quiet, peaceful and a perfect place to learn how to snowshoe or Nordic ski.

In the 1980s, then General Manager Bob Maynard, built the screening room. Th e screening room hosts locals, guests and the Sundance Institute for theatre and film. Overlooking the pond, the Rehearsal Hall is transformed each holiday for an evening of music hosted by Robert Redford for the locals.

Sundance’s base expanded from a few buildings and the original cottages to include Th e Owl Bar, the Art Studio, glass blowing, a larger ski shop, a bigger General Store, and an expanded Grill Room and Tree Room.

Nestled in the original Mandan cottages is the Spa at Sundance. Steeped in Native American tradition and holistic approaches, the spa offers a full menu of treatments.

With alpine and Nordic skiing along with winter zipline experiences, the resort off erings have grown to make it an all-inclusive experience for the whole family.
From tiny Timp Haven, Sundance has grown into a true community fi lled with art, recreation, nature, and peace.

By Deanna Rhodes Four generations of the Kohler family of Midway, Utah have been the keepers of a proud American tradition: the family-owned and operated...

Riding the Rails in High Style – The Heber Creeper

HEBER VALLEY RAILROAD In 1899 Heber was linked to the rest of the world when railroad service between Heber City and Provo was established. At...
Heber Valley

Time passes quickly and memories fade. Most of us alive today only know stories about WWII and the “greatest generation” that fought for freedom...
X