In February, our feelings of superiority were justified each time the announcer said, “Hailing from Park City, Utah…”

And the announcers said that a lot. 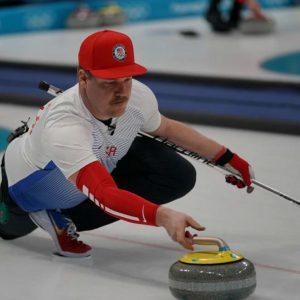 From skiers and snowboarders to speed skaters and bobsledders, of the 77 Olympians with connections to Utah, 54 of them have close ties to Park City—some born and raised, some now calling Park City home and some training here full or part time.

In total, 242 athletes earned the right to compete for an Olympic medal. Comprised of 107 women and 135 men, it was the largest Winter Olympic team of any country in the history of the Winter Games.

In addition to being the largest, the 2018 U.S. team was also the most diverse Winter Olympic team in history. The Team USA roster was made up of 10 African-Americans, 11 Asian-Americans and the first two openly gay athletes—Gus Kenworthy and Adam Rippon—whose Twitter bromance won them comedic gold. Both athletes received tweets of support from the likes of Britney Spears, Chelsea Clinton and Reese Witherspoon.

Team USA snagged its fi rst gold of the games when 17-year-old snowboarder Red Gerard took the top spot in men’s slopestyle. He did so after oversleeping, losing his coat and arriving late to the competition. Upon winning the gold, he dropped the “f-bomb” on live TV.

Girl power was present when Jessie Diggins and Kikkan Randall took America’s fi rst-ever cross-country skiing gold. Randall, a five-time Olympian and the only mom on Team USA, and Diggins, a self-proclaimed glitter aficionado, ousted Sweden in a photo finish.

But the real miracle on ice of this Olympics went to John Shuster’s men’s curling team. On the verge of a third straight Olympic disaster, Shuster wrote one of the great turnaround stories in U.S. Olympic history. The men’s curling team won its last five games, for an improbable 10-7 upset victory over Sweden. 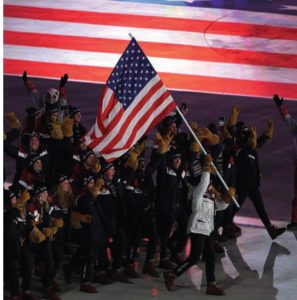 The only thing more surprising was news that a curler from Russia failed a drug test. Considering that the U.S. men’s team looked very much like a group of dads driving to The Olive Garden in a minivan, and each year billions of people use brooms with-out resorting to performance-enhancing drugs, hearing of a curling doping scandal was shocking for many. Curling should be the cleanest event at the Games. The entire sport is sweeping.

In the medal count, Team USA ranked fourth, bringing home a total of 20 medals. But the stories, friendships and humor that stemmed from the Games did not disappoint.

LINDSEY VONN TELLS US WHY UTAH HAS HER HEART Utah holds a special place in the heart of legendary ski racer Lindsey Vonn. At age...
X