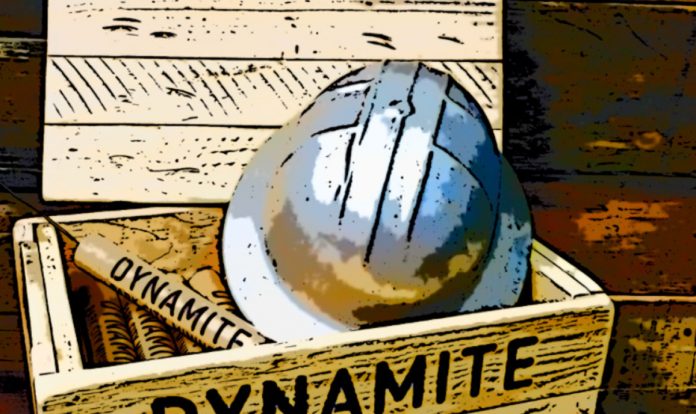 Located on lower Main Street in the Gateway Center building on the corner of Heber Avenue and Swede Alley, the Escape Room is like a video game come to life. A team of two-to-eight people are locked in a room and must work together to solve puzzles and find clues in order to escape. A “game master” monitors the group’s progress and can provide clues and hints as needed.

Owners Dirk and Shirin Spangenberg decided to create the Escape Room after trying one in another city. “We heard about the concept and tried one to see what it was all about. We thought it would be a great option for both locals and tourists looking to complement all the recreation Park City offers. Our flagship room, The Mine Trap, is both challenging and fun,” said Shirin.

In a nod toward Park City’s mining roots, the room is designed to emulate a real silver mine, complete with historic artifacts and museum-quality replicas. Mystery and history collide, in challenging scenarios.

For example: Imagine yourself enjoying a historic mining tour, when suddenly you and your group become trapped underground. With only one hour of air left, your team must
work together to find a way out.

“It’s all about keeping the experience as fun as possible. And it is fun for us too! We love watching the excitement on player’s faces when someone figures out a puzzle or clue,” Shirin added.

Although the Escape Room just opened in the summer 2016, there has already been enough demand to warrant expansion. Says Shirin, “We’re currently working on two more themed rooms and expect them to be open by the end of 2016. One scenario will include competing for a late uncle’s inheritance and the other is a ‘back-to-the-future’ premise, where participants are trapped in the future and need to find their way back to the present.”
escaperoomparkcity.com

Look and feel your best at any age with Dr. Stepha

Breakfast tacos from @thebridgecafeandgrill is per

How Silly is Your Sunday?

This summer, the Park Silly Market will feature amazing artists and chefs, a farmer’s market, and activities for the whole family. Unique performance art,...
2016 Issues

Leave the Lights On

Dean Lyons started britenites in 1993 with a yellow Jeep and a ladder. Almost a quarter of a century later, this family-owned and operated...
X