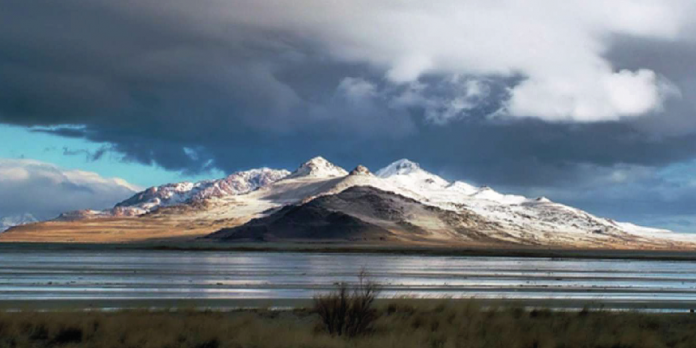 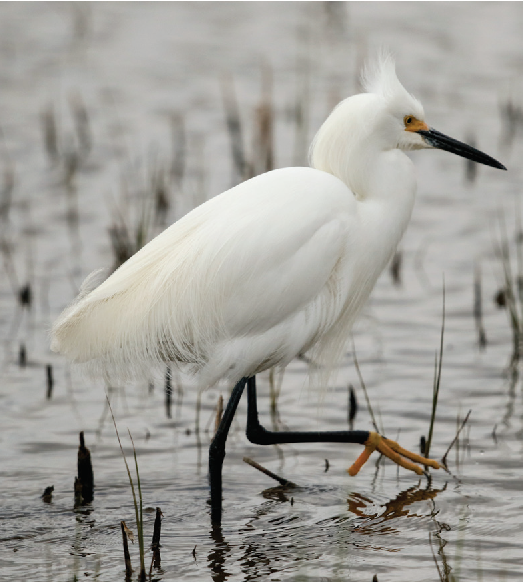 Well, sort of. The birds did have it ﬁrst. For thousands of years before the coming of humans, the Great Salt Lake had been, and still is, home to an astounding two to ﬁ ve million shorebirds. The sprawling lake, almost 80 miles long, and its surrounding freshwater marshes remain a critical stop for several hundred thousand migrating waterfowl every spring and fall. It’s so important to birds that, in 1992, it was designated part of the Western Hemispheric Shorebird Reserve, a vast network of lakes and waterways extending from northern Canada to South America.

But, as our title belies, there’s much, much more to it than that. The Great Salt Lake has also figured prominently as a tourist destination, an industrial moneymaker, a recreational playground, even a weather-maker. The immense, salt-laden lake has been central to the history of northern Utah since it was “discovered” in 1824, by legendary mountain man Jim Bridger (Native Americans of the region had known about it for centuries). Early trappers hoped the lake might empty into the Pacific Ocean, providing a convenient corridor to trading ports. Th at theory was put to rest in 1826, when explorers circumnavigated the lake and found no river.

It wasn’t until the pioneers arrived in 1847 and built Salt Lake City that the Great Salt Lake gained notoriety as the largest saltwater lake in the western hemisphere. Saltair, a spectacular resort built on the lake’s south shore just west of Salt Lake City in 1893, was legendary. Tourists flocked there to bob around in the lake’s supposedly healing waters and cavort on the crusty beaches until the resort burned down in 1925.

Today, thousands of tourists annually build a trip to this expansive inland sea into their itinerary. Recreation remains a big draw. A vibrant sailing community has built up around the lake, venturing from state park marinas at both the south shore and Antelope Island. Kayaking and sculling clubs have also taken float in recent years. Sunset Cruises, offered seasonally at the south shore Great Salt Lake Marina, yield incredibly beautiful views. Bicycling on Antelope Island has really grown in popularity. Some of the best single track mountain bike trails in the state are found there.

Industry has flourished in and around the lake as well. Morton Salt has operated a huge processing plant there for many years. In the north arm of the lake, northwest of Ogden, several companies extract minerals like magnesium and potassium from huge evaporation ponds.

Brine shrimping has grown into a multi-million dollar industry at the lake. The miniscule shrimp, found only in inland saltwater lakes, are the preferred food for commercial tropical fish businesses worldwide.

Quirky art lovers are also drawn to the lake’s north shore to see the enigmatic “Spiral Jetty,” a strange assemblage of rock and dirt created by eccentric artist Robert Smithson in 1970. The Jetty changes appearance almost constantly as the lake rises and falls.
So you see, the Great Salt Lake isn’t just for the birds after all. To plan your trip go to visitsaltlake.com. It will definitely spice up your life.

What started out as Maxine Turner’s small deli and catering service over 30 years ago has grown into Cuisine Unlimited — one of Utah’s...

Wherever you travel, if you are visiting someone with connections to Utah, there is a chance that you will see paintings and framing from...
Utah Mountain Life