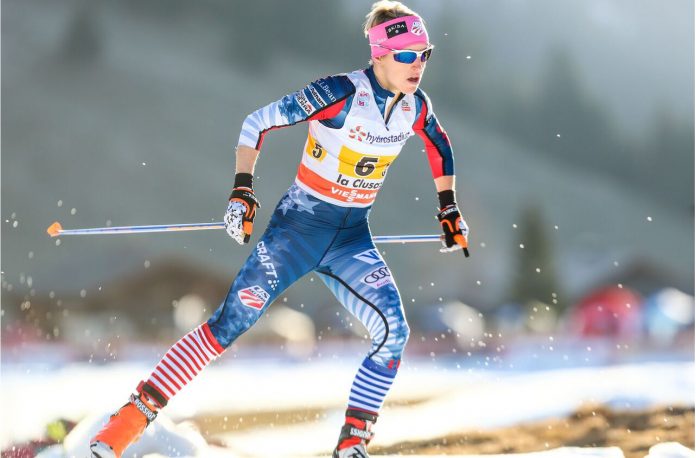 From her coach to her dad to her childhood teachers—they all agree, Liz Stephen, Olympic cross-country skier, has a rare abundance of energy. “She wouldn’t ever take a nap, during that age when kids are supposed to nap for 45 minutes, she just wouldn’t. She had this energy, had to keep going and going and going, but she was such a joy to be around,” Mark Stephen, father of Liz, describes what his daughter was like as a child.

“I was constantly being kicked out of class for speaking out of turn and having too much energy.”

“Friends’ parents would say, you can have any friend over except for Liz, not because they didn’t like me, but because I was so loud and I was too much sometimes. The more energy I was able to burn outside, the better I was,” Liz says with a chuckle.

Mark knew his daughter was gifted at a young age. “She was probably 10 or 11 at the time and we went as a family to Sugarloaf Mountain in Maine. It has a famous downhill race course, and we were skiing it for the first time with the kids. 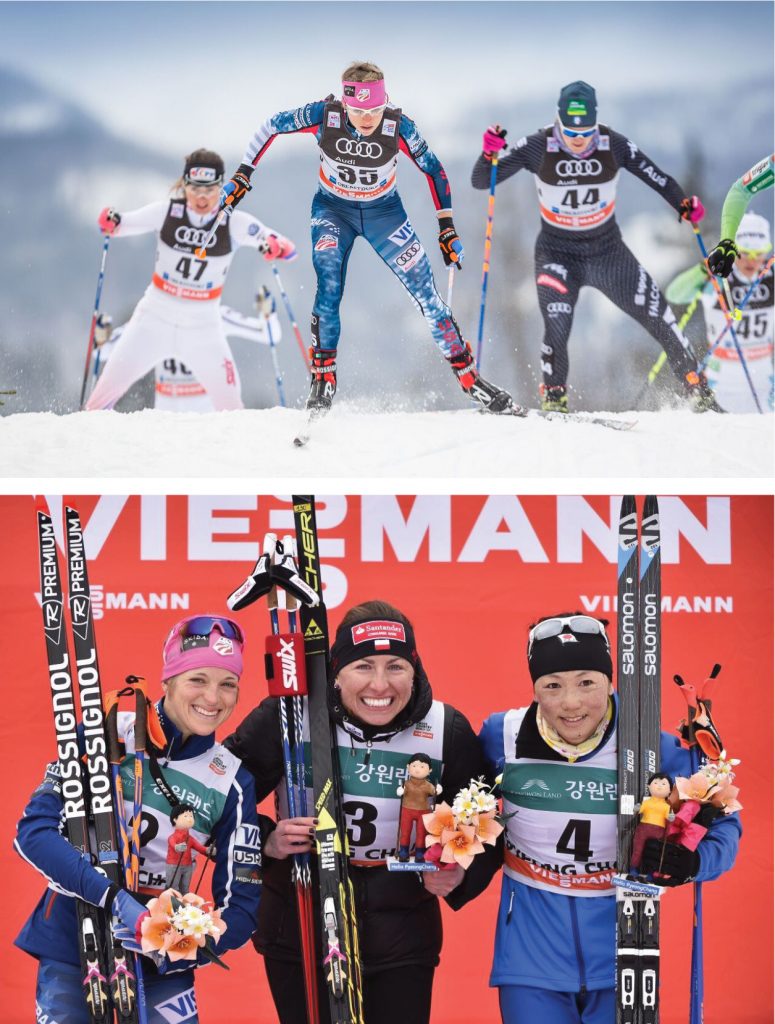 We were picking our way down, and all of a sudden, Liz went shooting away over this cliff-like headwall. All you could see was this tiny little creature several hundred yards away in the blink of an eye,” Mark says with continued laughter.

With Liz’s speed, she started her young skiing career as an alpine skier, but switched to Nordic skiing while attending Burke Mountain Academy. Matt Whitcomb, U.S. women’s ski team coach, taught her how to ski Nordic. “I quickly fell in love with it and fell in love with the community,” Liz says. She remembers finishing alpine races wanting more time on the
mountain-making Nordic an easy transition.

“Liz is a visual learner, I didn’t have to coach her much, she learned how to Nordic ski from watching and following another athlete on the team. She is a coaches’ and teams’ dream athlete. She is someone who will try to get as much of your knowledge out, but will buckle down and give back twice what she receives.” Whitcomb was Liz’s ski coach at Burke Mountain Academy and is still her coach today.

Liz quickly adjusted to cross-country skiing, and became one of the top competitors in the country, having competed in two Winter Olympic Games, numerous races and winning fifth place at the 2015 Tour de Ski.

PARK CITY WINTER SPORTS FOR THE EXTREME Park City ﬁrst made a name for itself due to the massive and valuable ore deposits hiding beneath...
Activities

ADAPTIVE SPORTS Adaptive sports and outdoor adventures abound at the National Ability Center.This non-profit empowers individuals with disabilities to explore with their families and friends....
X