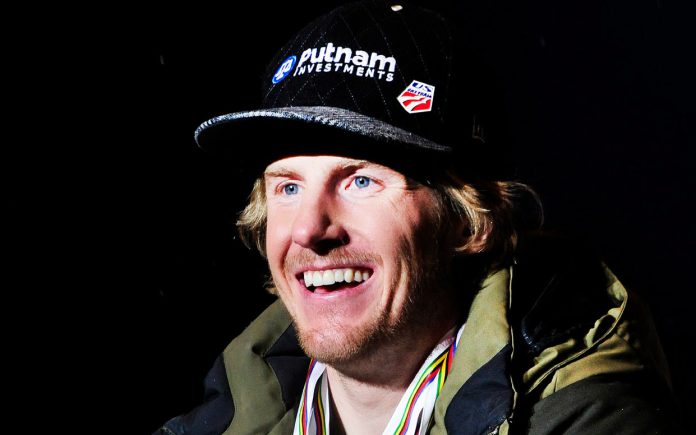 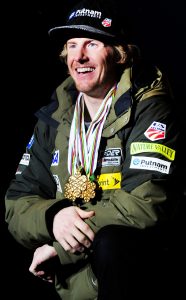 “I have so many great memories throughout my life from skiing Deer Valley,” said Ligety, “and I look forward to creating many more.”

From perfecting his pizza and “delighting his pint-sized fans” at the Kids Center to slicing through early morning groomers, memories are already abundant in Ligety’s life at Deer Valley, the place he has always quietly called home. In his new capacity, he will finally get to make that ‘home’ official.

For Deer Valley President and General Manager Bob Wheaton, officially bringing Ligety into the family is a relationship that he knows benefits both the present and the future. “He’s a worldwide icon that we got to watch grow up on our mountain. It’s really fun for us to have Ted declare Deer Valley as home.”

While Ligety has officially become a face of the future of Deer Valley, the father of the resort, Stein Eriksen, is someone Ted knew and skied with. When asked about comparisons to Eriksen, Ligety says he is truly humbled to even be considered in the same breath as such a legend.

“I’m lucky to have known Stein and to have skied with him. He is an inspiration and I can only hope to do at least a fraction of what Stein has done for skiing, especially at Deer Valley” says Ligety.

Eriksen, considered by many to be the first superstar of skiing thanks to his world championships, good looks and charisma, revolutionized skiing in the United States. Today Ligety is doing the same. Watching him race makes one wonder if the laws of gravity even apply to him, as his hip seems to hover just inches over the snow while his skis arc perfectly through a giant slalom course. He also has his own goggle and helmet company, SHRED. Even with all of this success and a busy schedule, Ted’s ever-present smile and enjoyment of engaging with anyone who approaches him will serve him well in this new role.

Both affable and forever young, Eriksen, and now Ligety, exemplify true skiers. You can’t hope to keep up with them, but as you catch your breath in the lift line while trying to say hi, you are sure to be approached as a friend. Ligety knows his role as ambassador can only bring more great things to a sport he loves.
And while Ligety has no plans of retiring from his racing career anytime soon, he looks forward to spending his ski time in the U.S. on all that Deer Valley has to offer — maybe even setting-up a giant slalom course or two. He has his eye on a couple of runs he feels would be among the best the World Cup would have to offer.
For Ted Ligety, Deer Valley is the perfect place to find powder in the trees three days after a storm, or to tune-up on an early morning groomer before heading back out to chase another World Cup victory. Welcome home!

The Heber Valley Railroad One of the most entertaining, beautiful, and historic experiences around Park City isn’t on the slopes or in the shops, it’s...
2016 Issues

Pet owners are faced with important decisions regarding the proper nutrition for their pets. There has been a lot of discussion over the last...
X