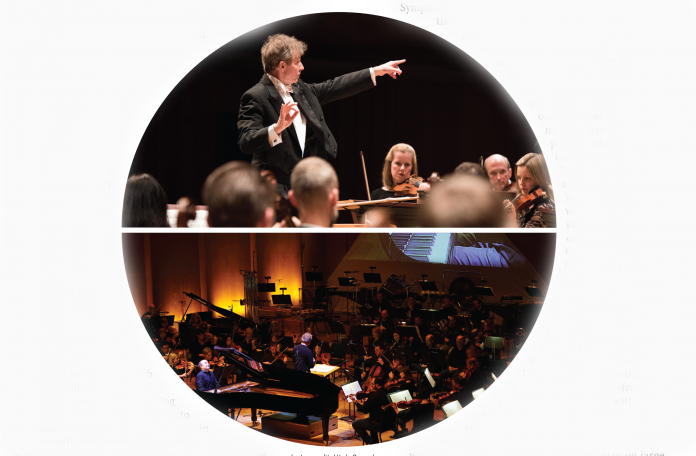 EXPERIENCE THE EXCITEMENT OF LIVE MUSIC

From jingling bells to fire breathing dragons, an opera set in a war zone, Utah’s natural landscape in musical form and Beethoven’s 250th birthday, Utah Symphony and Utah Opera connects people through the excitement of live music. With tickets starting at just $24, as well as affordable family and student passes, the opera illustrates the accessible nature of symphonic and operatic experiences.

Five orchestra holiday programs in December brings seasonal magic to kids of all ages. The new year brings Utah Opera’s premiere of “Silent Night,” the 2012 Pulitzer Prize-winning opera based on a WWI wartime ceasefire between international troops to Capitol Theatre. March heralds the return of classic operatic favorite, Rossini’s “The Barber of Seville,” featuring Shoko Kambara’s colorful set designs. The concludes with Jules Massenet’s “Thais,” set in ancient Egypt and known for its beautiful music and virtuosity required of its title role.

Throughout this season, the Utah Symphony blends music and visuals in a series of concerts that explores the natural beauty of Utah, with French composer Olivier Messiaen’s “Des canyons aux étoiles,” serving as a common thread from program to program. Commissioned by Alice Tully in 1971 to mark the American bicentennial, this work was inspired by the birds and rugged features of southern Utah. In this concert series, Music Director Thierry Fischer conducts the twelve movements of Messiaen’s composition over eight programs complemented by additional, nature-inspired works from the baroque to the present day.

In commemoration of Beethoven’s 250th birthday, seven Utah Symphony concerts feature memorable works, including the Violin Concerto with international soloist Joshua Bell on May 16. In a shift towards satisfying audience’s thirst for immersive entertainment, the Films in Concert series brings full length blockbuster movies to the big screen while the orchestra performs the musical scores live to picture. Movies with orchestra include “Singin’ in the Rain” and “How to Train Your Dragon,” as well as the fifth and sixth installments of the “Harry Potter Concert” series in
December and June 2020.

Blue jeans meet Carmina Burana in March, in a dressed down, casual concert series called UNWOUND, featuring shorter, intermission-free performances packed with engaging experiences before and after the concert. An onstage host moderates the concert, while visual elements with close-up live video of performers play on large screens. The night also features a post-performance Q&A and interactive lobby experiences including T-shirt pressing, trivia night with beer, and food trucks on the plaza. The orchestra performs in blue jeans.

Utah’s Hogle Zoo “Wild Wednesdays” Every Wednesday in November and December, bundle up the kids, put on your ponchos and snow boots, and head down...

VISIT THE HANDSOME AMUR TIGER FOR HIS FIRST WINTER AT HOGLE ZOO The days are getting shorter as Utah slips into its beautiful fall and...
Calendar