Utah’s Hogle Zoo is sad to announce the death of African Warthog, Walter.

The 14 month-old warthog was not eating well and having trouble urinating. Veterinarians performed an exam and confirmed Walter had stones in his bladder and urethra (the tube that carries urine from the bladder out of the body). They were able to surgically remove the bladder stones but the stone in the urethra was unable to be removed. The veterinarians stabilized the hog and placed a catheter which allowed his distended bladder to start to recover.

Walter was placed in ICU at the Zoo’s L.S. Skaggs Animal Health Center for close observation and daily treatments. Subsequent procedures to remove the urethral stone, including endoscopy, were not successful and the stone remained in the urethra.

For several days, Walter was eating on his own and doing well with the stone still in place. However, on Monday he took a turn for the worse and stopped eating. He was immobilized for blood-work, fluids and treatments (pain meds and antibiotics) but on Tuesday he had abdominal swelling diagnosed to be urine leaking from the area surrounding the stone. Due to the trauma to the urethra and the inability to repair the urethra to a functional state, humane euthanasia was performed.

Necropsy (animal autopsy) results showed the stone was not in an attainable area and it took veterinarians over an hour to reach it. With the unusual nature of a pig’s urinary system – having an ‘S’ shaped curve – it was difficult to find the stone even in the post-mortem.

“It’s not clear how or why Walter developed stones though diet could be a factor,” said Dr. Nancy Carpenter, Director of Animal Health. “In pet pigs, urinary stones are a frequent finding. Although this has not been reported in this species, it has been reported in Visayan Warty pigs.” In consultation with zoo nutrition manufacturers, the diet was changed to a pellet specially designed for urinary health in pig-type species in the hopes of preventing a similar problem in his brother, Swifty.

“It’s very tough when one of your animals becomes sick,” said African Savanna lead keeper, Melissa Farr. “You pour even more love, attention, medical care and prayers for them. We will miss him very much and will continue to give our very best care to his brother, Swifty.”

Walter and Swifty were new additions to African Savanna, arriving in June of 2019, from San Diego Zoo Safari Park. The two ran around together, chasing and getting chased by the zebras and adding a bit of playful chaos to the Savanna.

“Walter was very shy when he first came to the Zoo,” Farr said. “We earned his trust and he enjoyed spending time with us. He would come running across the Savanna when we called him. He loved bananas, cleaning up alfalfa scraps left from the giraffes, sparring with logs and basking in the sun with this brother Swifty who is getting lots of extra attention from keepers.”

Hogle Zoo is working to bring in another warthog soon to be a companion for Swifty. Warthogs typically form bachelor herds in the wild.

Life expectancy for a warthog is roughly 15 years in the wild but up to 20 years in human care. Warthogs in the wild are threatened by habitat destruction. They are also hunted for bushmeat, skins and tusks. 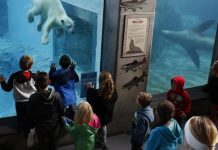 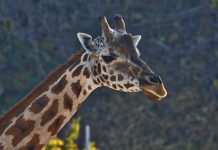 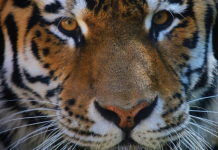 7 Things to Keep Your Kids Active During Shelter-in-Place

Treks for You and Your Dog – Park City Dog Walking...

Deer Valley Resort Announces $14 Million In Capital Improvements For The...

Mountain Town Olive Oil and The Next Course – Holiday Events