Utah’s Hogle Zoo is mourning the passing of 15 year-old Kipenzi, a spunky giraffe known for her agreeable nature and love of treats and visitors. 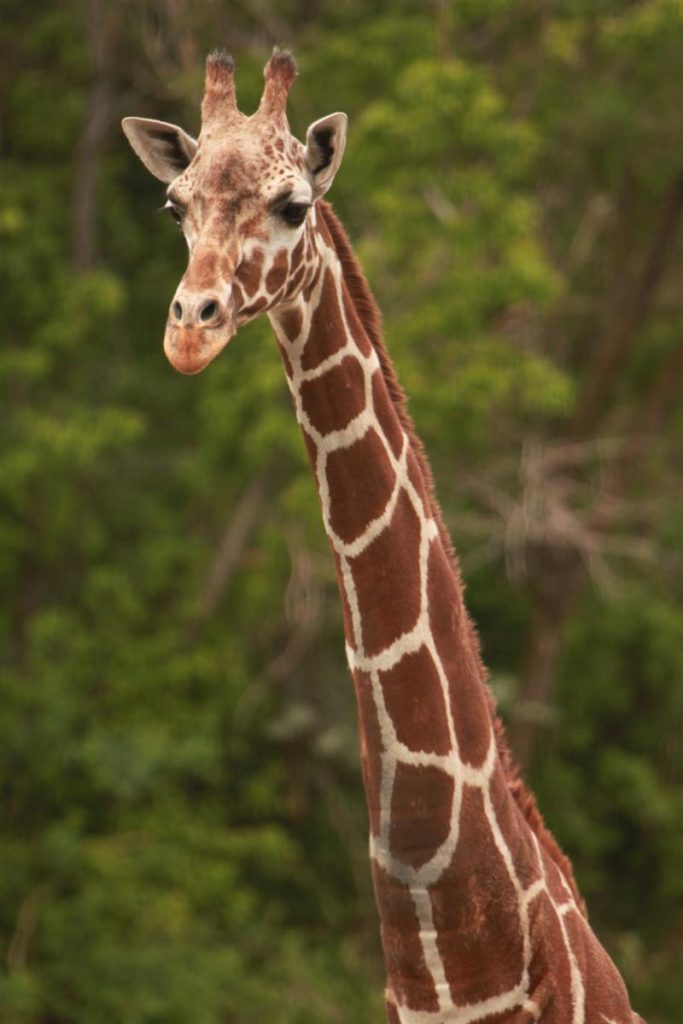 With broken hearts, the animal care team made the difficult decision to humanely euthanize Kip, Friday, July 12, after she began showing signs of gastrointestinal (GI) dysfunction. Keepers noted Kip’s appetite severely decreased in early July and she did not pass feces.

Giraffes are ruminants, meaning they have four stomach chambers. Necropsy (animal autopsy) results showed gastric ulcers in one of Kip’s stomach chambers and areas of bloating and redness in her intestine which appeared to have shut down. Tissue samples were taken for further testing and microscopic analysis by expert zoo pathologists.

Extensive efforts were made on Kip’s behalf including new medications and multiple procedures. After exhausting all treatment options and supportive measures, it became apparent Kipenzi was not going to recover.

Kip didn’t have a normal right rear foot because of an injury from over a decade ago. Her outside “toe” was growing at an abnormal angle. Last year, the other toe, her inside toe, became infected. The Zoo’s animal care and veterinary teams aggressively treated Kip’s foot with antibiotics, flushing, bandages, laser treatments and progressive stem cells.

Due to Kip’s good nature, the animal care team inserted and maintained a catheter in Kip’s neck vein allowing them to administer antibiotics intravenously for over a month. This has never been done before in an adult giraffe.

“We will not know for certain until the lab results come back if there is a connection between Kip’s GI issues and her foot,” said Dr. Crook. “But antibiotics and pain meds can be hard on the GI tract.”

Kip was already fighting an uphill battle as a 1,700 lb. animal on a bad foot but her agreeable nature and love of a good bread allowed keepers to keep her spry and active.

The animal care team is quick to point out their ability to treat her has everything to do with Kip. “She actively and willingly participated in her medical care every step of the way,” said Dr. Crook. “She allowed us to touch her, to look at her foot and to treat her. She did that because of her relationship with her keepers and through positive reinforcement.”

“Kipenzi was the most special giraffe any of us have ever known,” said Melissa Farr, Lead Keeper, African Savanna. “She taught many new keepers the ropes of giraffe care, and continues to inspire awe in seasoned keepers with her amazing demeanor.”

“She was so much more than a giraffe,” said Holly Peterson who cared for Kip for 14 years. “She was my friend, my co-worker and part of my family. She taught me so much and brought so many amazing people into my life. She was also a calm influence on new giraffes, like Minka, and taught them it’s okay to trust us.”

“She loved her fans,” said Farr. “If we needed to distract her for medications or something, we’d invite a group of staff to come visit her. She knew she had a loyal following.”

“We’ve joked she’d rather hang out with people than other giraffes,” Farr said. “When she had visitors, you could see ‘Princess Kip’ coming to greet her subjects.”

“She also loved to be the center of attention,” Peterson added. “She’d find ways to get our attention, like pick up our rakes. She figured out she’d get a treat if she gave them back.”

Peterson remembers Kip meeting a guest who had been severely injured in a fall. Dealing with her own foot issues, Kip immediately connected with the guest. “They just understood what the other was dealing with – it was a powerful moment.”

Kip came to Hogle Zoo, from Brookfield Zoo, in 2005. She moved from the old giraffe barn to the new African Savanna in 2014. While she was cautious and slow to get acclimated to her new surroundings she grew to love her new space and daily giraffe feedings.

She was a three-time mother and a wonderful “auntie” to 10 month-old Georgetta and to new arrival, 2 year-old Minka who recently came to us from Fossil Rim two weeks ago and is still in quarantine in the giraffe barn. Along with the young giraffes, the Zoo also has adult female Pogo and male, Riley. The Zoo continues to work in conjunction with AZA, SSP (Species Survival Plan) .

Kipenzi will continue to serve as an ambassador to her marvelous yet threatened species. CT scans of her feet will help document normal giraffe anatomy as well as the localized disease process going on in her digits. Another lasting legacy will be generating new stem cells from her adipose tissue (fat) to be used for fellow giraffes in need.

Specials and Events from the Stein Collection

20" SNOWFALL AND MORE ON THE WAY! With 20 inches of fresh powder and much more on the way, our low light goggles and powder...
Press

Zion National Park to kick off “We the Keepers” Centennial Celebration...