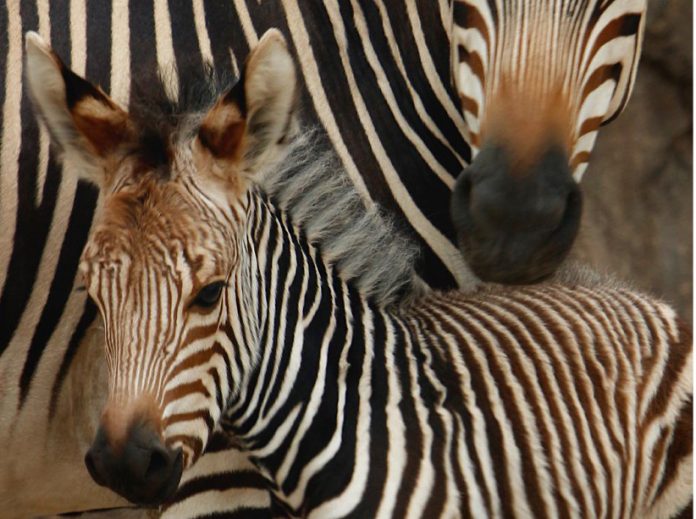 ZEBRA
Baby Poppy was born April 11. Her mom, Zoey, is a first-time mom and has been wonderful! She’s protective, she’s nurturing and she’s getting run ragged. Poppy is full of energy and runs everhwere she goes. Her keepers joke she has two speeds: sleeping and Mach 4. Zoey gave birth at 10:30 at night and all went smoothly. Poppy was up and running within the hour and she hasn’t slowed down since. Dad, Ziggy, isn’t too involved, as is the case with zebras. But he is curious. Now Poppy needs to meet the other animals on the Savannah — giraff es, ostriches and guinea fowl — and get used to her new digs: the 3-acre African Savanna exhibit. Th is is the fi rst Hartmann’s Mountain Zebra born at Hogle Zoo. 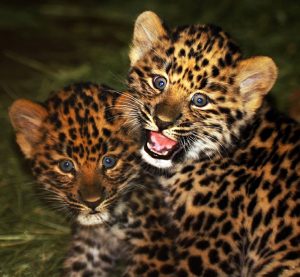 LEOPARD CUBS
Not one, but TWO adorable leopard cubs!
Hogle Zoo couldn’t be happier to announce the birth of this critically endangered species. It is estimated there are only 60 Amur leopards left in the wild. Meet Rafferty and Roman, two brothers sure to steal hearts this summer. They were born in February and have been bonding with mom, Zeya, who has been a terrifi c mother. Right now, they’re roly poly and fluffy. But make no mistake, leopards are fierce predators that can run, jump and climb! They can carry up to three times their body weight up a tree to keep their prey safe from other predators. These are the first Amur cubs born at Hogle Zoo. 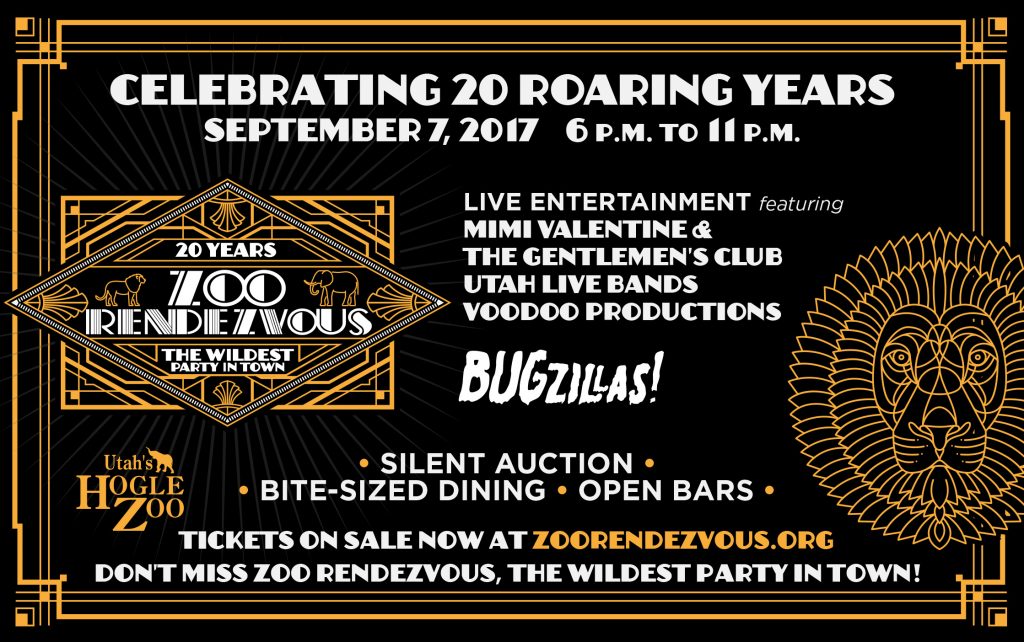 Hogle Zoo Celebrating the 150th Anniversary of the Driving of the...

A TRIP THROUGH THE NEW SLC AIRPORT ALLOWS TRAVELERS TO EXPERIENCE UTAH'S MAGICAL LANDSCAPE WITHOUT EVER LEAVING THE TERMINAL Creating lifetime memories is often the...
X