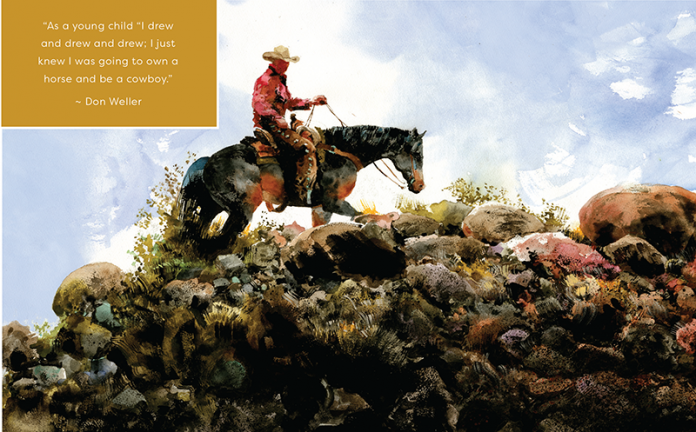 This Oakley, Utah-based artist has always possessed a love for two things: drawing and horses. 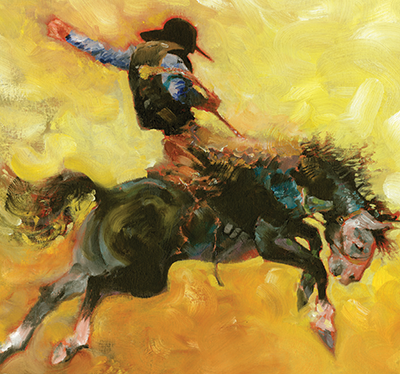 Growing up, Weller drew undulating country hills, horses, cowboys and ranches near his childhood home in Pullman, Washington. Part of his passion was influenced by Weller’s father, a professor of architecture and designer of Washington State University buildings. He was also inspired by Smoky, his cherished family horse.

After receiving a Fine Arts Degree from WSU, Wheeler headed to sun-kissed California to forge a graphic arts/illustration vocation. Through the ’60s and ’70s, Weller created images, brochures, logos and posters until midnight most evenings. A stint with the Air Force National Guard and teaching positions at UCLA and the Art Center School interweaved with the artist’s life.

After 25 years in L.A., the Wellers craved open skies, season changes and skiing. Since they had staged TDCTJHTBIPC (The Design Conference That Just Happens To Be In Park City), it seemed only natural they landed in Park City. Soon aft er their arrival, Weller became a force in western art; cows, cowboys, wildlife, red rock hills, sagebrush, rushing rivers, corrals, arenas and mountains are subjects of his watercolors and oil paintings. 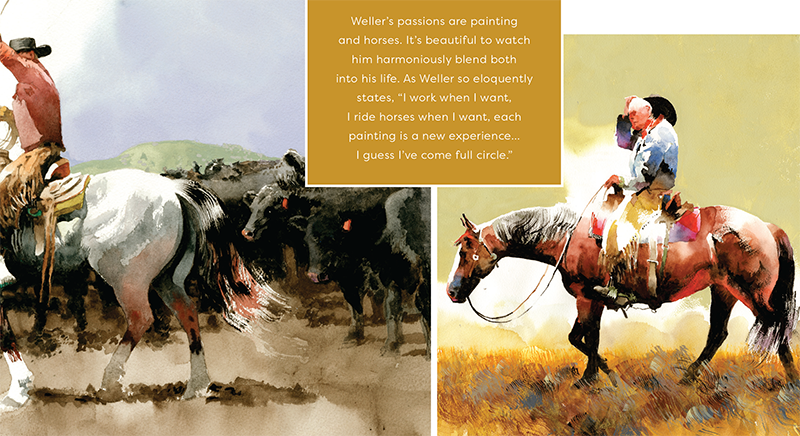 The Weller’s then moved to a home in Oakley, which included a horse barn. Th eir fellow neighbors and ranchers fostered Weller’s “addiction to cutting horses,” working cows and even a bison or two. (For non-cowboys, cutting is when a horse and rider work together to separate a single cow from its herd.)

The property also includes a light-filled two-story studio, designed by Weller. In this inspiring space, the artistic magic happens. Many of Weller’s paintings share the cowboy life of the Old West, rugged mountains and canyon terrain. His watercolors and oil paintings spring to life in galleries and private homes around the globe.

A Closer Look at Park City’s Women in Art