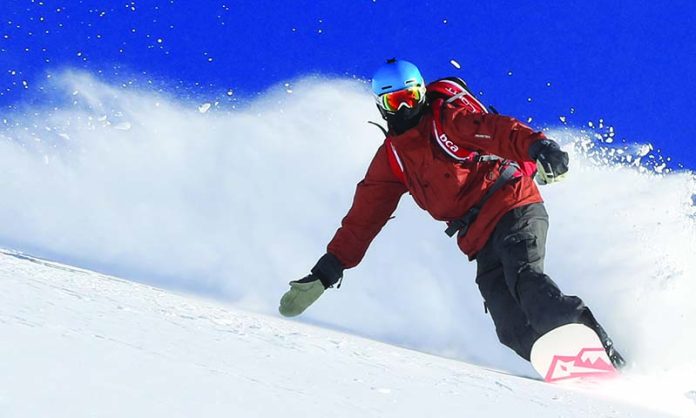 Park City ﬁrst made a name for itself due to the massive and valuable ore deposits hiding beneath its hills. Then in the 60s, the town found another valuable resource on its hills— snow. Utah is now known internationally for its incredibly light snow, thanks to the drier climate. But beyond resort slopes are the fringe sports that most winter enthusiasts won’t experience or even try in their lifetimes. Here are four extreme, adrenaline pumping sports you may want to leave to the experts.

Park City Powder Cats is on privately owned land in the Uinta Range. It operates three snowcats with heated cabins and the capacity for 12 people, experienced guides, a full-time avalanche forecasting team, and 15,000 skiable acres of terrain, including four bowls. A typical day with the Powder Cats lasts from 9 a.m. to 4:30 p.m., with lunch and eight to ten runs.

Only advanced to expert skiers are recommended to partake in cat skiing. “We quantify that as being able to ski ungroomed terrain at a black diamond pitch at resorts out West,” Stevens explained. With chutes and slopes running from 600 to 2,000 vertical feet, these runs of fresh powder are unlike anything you’ve skied in a resort. Part of the reason cat skiing is so taxing for skiers and riders is because it is on ungroomed terrain with no base, unlike a resort where there is a consistent snowpack.

The Powder Cats team forecasts the weather each morning and has a safety briefing before heading out for the day. The payoffs are significant for cat skiers, but you must always consider avalanche danger. “If you’re an advanced or expert skier and you really want to get the experience of backcountry skiing, but you don’t have enough experience to go out on your own, this is a great way to dip your toes into that world.” 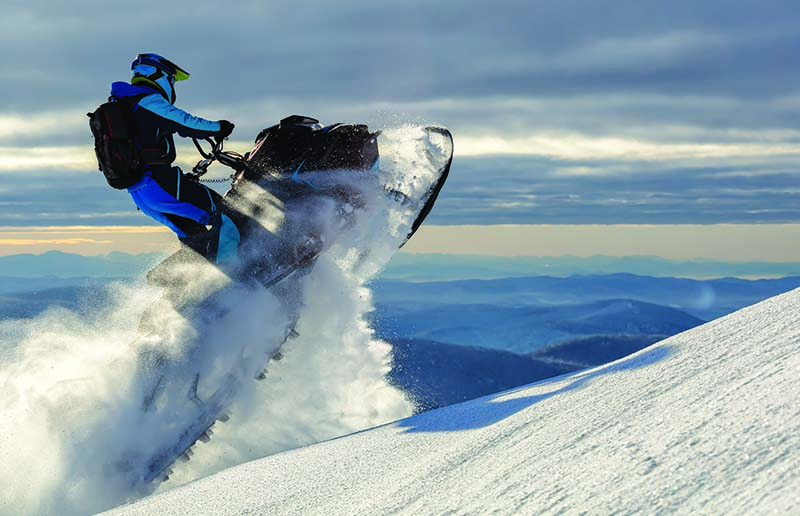 The backcountry calls many to its open fields of powder, including those enjoying it on snowmobiles. Adam Pulley, owner of Uinta Recreation, says there are two types of snowmobiling— the follow-the-leader type on groomed trails and the backcountry riding through deep powder excursions. “Most guided companies in the area do trail tours where they put 20 to 30 people together. They go out and do a 2-hour tour and follow each other; it’s pretty simple. We do a real backcountry tour, which caters to people who have previous experience and want to get off trail,” explained Pulley.

Uinta Recreation guides will teach riders how to navigate the ungroomed backcountry terrain. Pulley and his outfit operate out of the Strawberry Reservoir area in the Uinta National Forest. Advanced and expert backcountry snowmobilers will know how to deal with common problems, like tipping the machine, engine flooding, overheating, and getting stuck. Danger to the snowmobilers themselves includes hitting trees or rocks, getting pinned by the 500-pound machine, and, of course, avalanches. Riders in the backcountry should never go alone and make sure they have the proper safety and survival tools like radio, shovel, extra gloves and outerwear, food, and airbag pack.

With great risk comes the great reward of experiencing nature untouched and in its most raw form. Snowmobilers can cover a lot of ground and experience the backcountry in a thrilling way.

FAT TIRE BIKING
Park City is a mountain biking mecca in the summer and fall months. In fact, it was recognized as the International Mountain Bicycling Association’s first Gold Standard Ride Center. The season doesn’t end when the snow falls, thanks to fat tire biking. Bikes equipped with fat tires are snow-ready. The larger tires offer more surface contact and traction to help bikes navigate through snow.

Spencer Byrne, partner of All Seasons Adventures, says, “We don’t want people to get out there and realize that it’s more than what they signed up for. I always compare it to jogging on the beach. It’s going to take more out of you because you’re not on a firm surface.” Hard-packed or solid-groomed snow is the best for fat tire biking. If snow is losing its integrity from the sun and warmer temps, it’s going to be much harder for your bike’s fat tires to maintain their traction. He stresses that, although really fun, fat tire biking is strenuous and if riding at significant speed, a wipeout is sure to be unpleasant, especially if you’re riding on a packed surface. 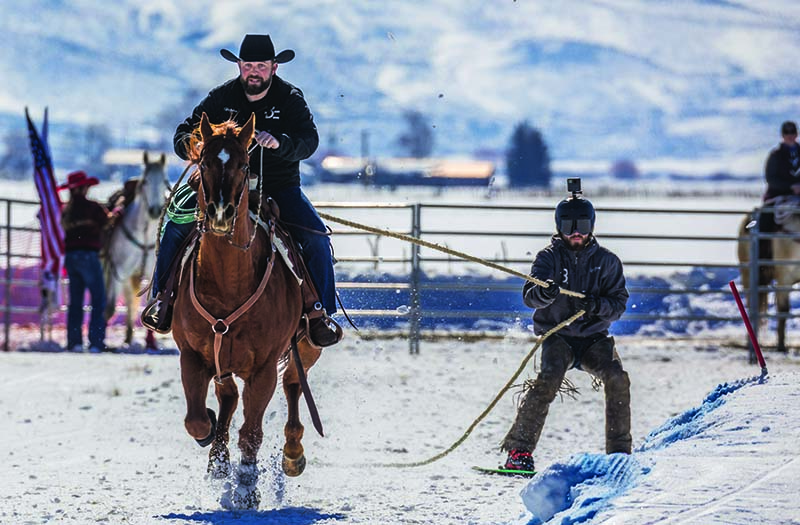 There may not be a more Western sport than skijoring—think cowboys and cowgirls on skis and horses. A skilled horseback rider pulls an experienced skier with a rope attached to the horse’s saddle through a racecourse. Variations include skiers being pulled by dogs or motorized vehicles. You’ll mainly see skijoring with horses in Utah and other Western states. The US skijoring season runs from January to March.

The word skijoring is derived from the Norwegian language, which means ski driving. History documents the sport’s official debut at the Stockholm Nordic Games in 1901; instead of horses, reindeer pulled the skiers. It is said that equine skijoring came to America in 1915. It became an Olympic sport in St. Moritz, Switzerland, at the 1928 Winter Olympic Games.

In equestrian skijoring, the rider on horseback steers the horse while the skier holds onto a 30-foot rope attached to the saddle. Sort of like water skiing, just replace the boat with a horse and the water with snow. There are many variations of the sport; the Western version includes riding off jumps, going through gates, and grabbing rings as he or she rides past, all in a timed trial. In the European style, there may or may not be a horseback rider, and the skier and horse team races around a snowy type of horse track.

In the West, some racers reach speeds up to 40 miles an hour. The dangers for this sport are unlike sports in the backcountry where snowpack and avalanches are your biggest worries; for skijoring, it’s speed and control.

There are, literally, a lot of moving parts. High-speed wipeouts, collisions, and falls on concrete-like packed snow are the biggest dangers to racers. As Josh Glick, winner of the Wood River Extreme Ski Joring Association 2022 Sport Division, stated, “It’s the most terrifying and exciting 22 seconds on snow!”

Off the Beaten Path Without Sacrificing a Moment of Winter

LINDSEY VONN TELLS US WHY UTAH HAS HER HEART Utah holds a special place in the heart of legendary ski racer Lindsey Vonn. At age...
X