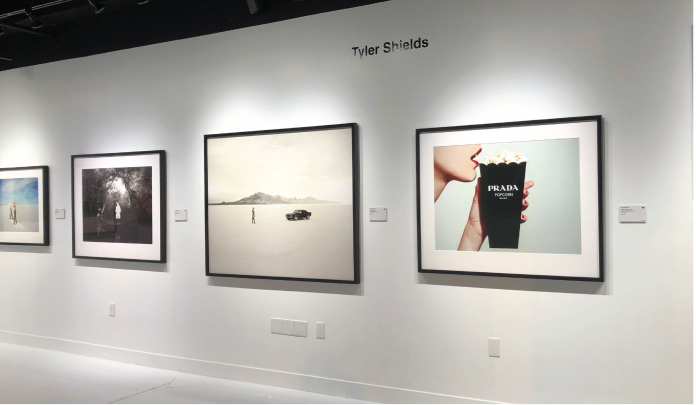 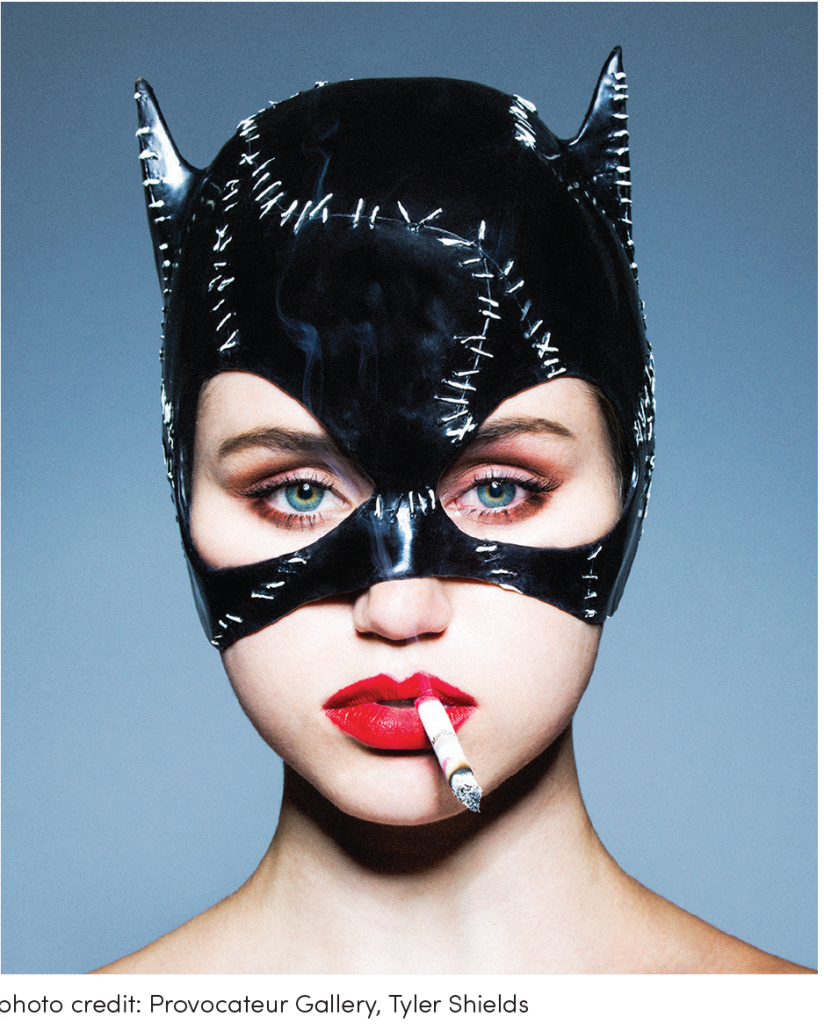 At the gallery grand opening in Redstone near Kimball Junction last summer, Shields explained the choice of location. “We wanted to bring an LA/New York gallery experience to Park City without the hoity-toityness,” says the former professional skater, a regular on the X-Games circuit in the early 2000s. “It can be intimidating when you walk into certain galleries. It doesn’t have to be that way. Some people come into a gallery just to look, some come to buy. But everyone should be treated the same.”

Gallery co-owners and Park City residents Jake Arnold and his fiancée Jennifer Lauer, met co-owner Shields when the photographer needed a classic car for a series of striking, stark shots taken on the Bonneville Salt Flats. “I have a restored 1967 Chevy Camaro SS that was perfect for the project,” says Arnold, a local entrepreneur involved in a number of business ventures.

The three became friends and partnered to create the gallery. “We spent a lot of time thinking about it and the reality was there just wasn’t a gallery like this in Utah. We want to make this gallery fun, exciting and open to everyone, whether you have the intent to purchase something or not.”

Shields, adrift when an injury ended his pro skating career in 2003, was searching for new direction when he first picked up a camera. “I didn’t have much money but I had just enough to take pictures. I knew I wanted to create things, but I had no platform, nowhere to put them. When I found photography, it changed my whole life. It was something I could do all by myself and on the same level as a Helmut Newton or anybody else, with the same camera. I’m not saying the quality was as good at first, but it was a level playing field,” he says.

His edgy, artistic eye and evolving skill with a camera have merged and steadily soared since then. He’s earned a reputation as a fearless artist whose collectible work has enthralled, provoked and sometimes shocked the art world for over a decade. Often called “Hollywood’s favorite photographer,” he’s worked with celebrities like Lindsay Lohan, Emma Roberts, Francesca Eastwood (Clint’s daughter) and Demi Lovato. 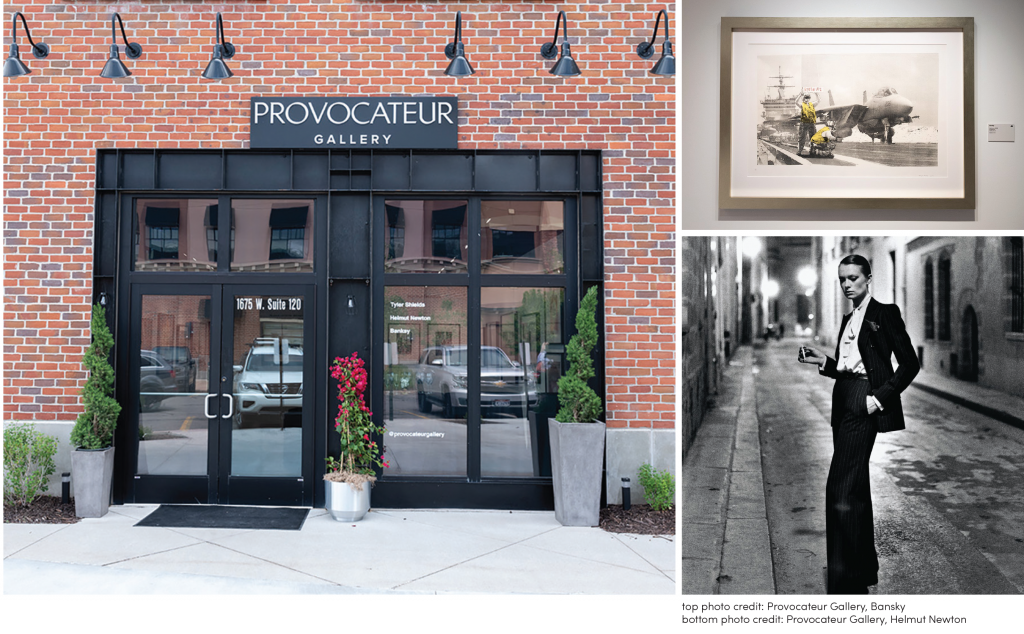 The new Provocateur gallery in Redstone Center draws its name from Shields’ expansive 2016 book, Provocateur, an eye-popping collection of his finest work. Though modest in size, the stark white space is dense with Shields’ photos, all numbered and in various sizes, as well as a sprinkling of iconic works by the likes of Banksy, Helmut Newton and other blue chip artists popular at New York art auctions.

Tyler Shields artistic odyssey is far from over. At age 37, he continues to create images that push both artistic and cultural boundaries. It’s what drives him. As he puts it: “To expose yourself to the world, you and your work, naked to the global theater of billions of views, clicks, hits, image-searches, etc., is a remarkable statement within itself—to say—this is me and who I am, is powerful.”

Collectors take note: there is much, more to come.

CAPTURING STORIES THROUGH ART IN PARK CITY It might have all started with the Gold Rush and silver mining exploration, the promise of wide open...
Arts + Culture