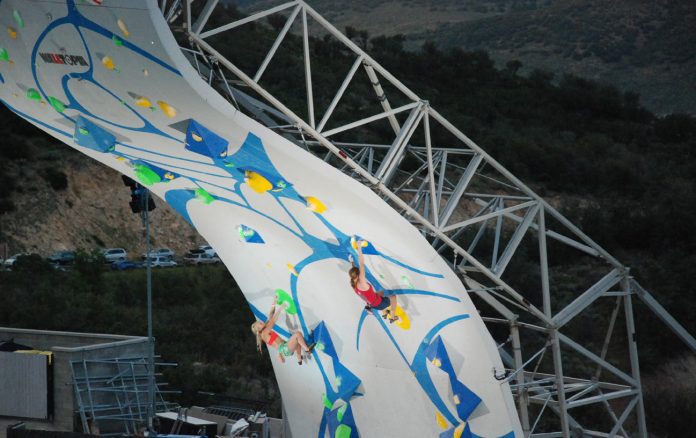 It’s a uniquely fun, exhilarating experience to witness elite athletes at Utah Olympic Park make a giant splash in the one-million-gallon Spence Eccles Olympic Freestyle Pool. Skiers don skis, bomb down world-renowned water ramps, fly high into the air and perform impossible Tips and twists before landing in the pool. Now, visitors to UOP have multiple opportunities to jump right in alongside them. Colin Hilton, President / CEO of the Utah Olympic Legacy Foundation says, “One of our core missions is to educate, inspire and entertain through unique and exciting public offerings. We’re always thinking of new ways for the public to participate.” 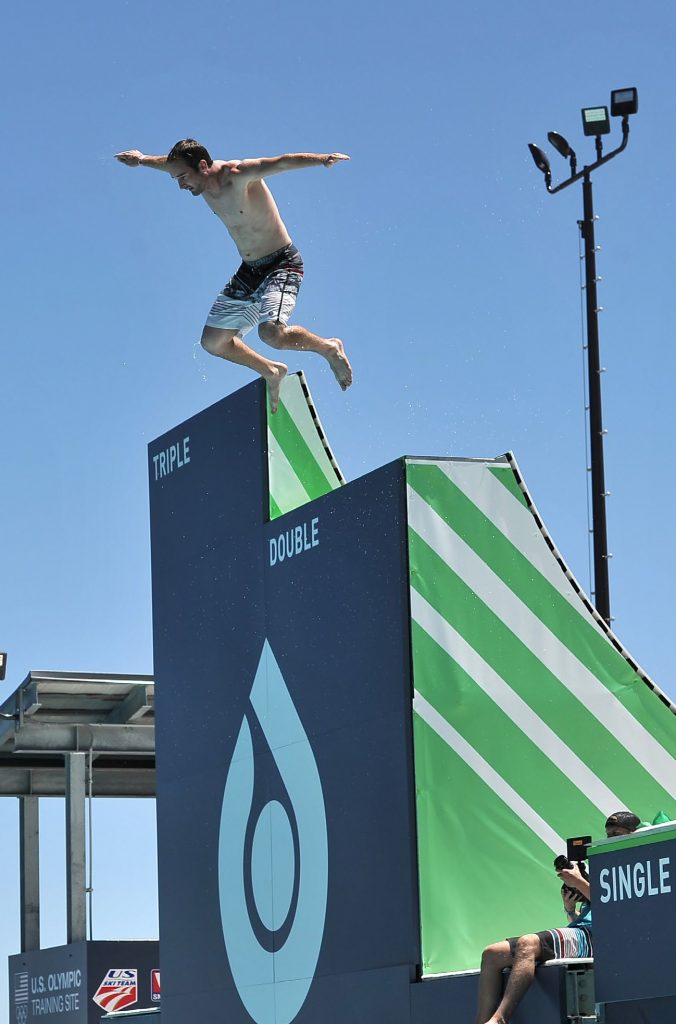 The Slip ’N Soar event is designed to answer the question, “How much fun would it be to slide down those ramps myself?!” With four ramps of varying sizes to choose from, participants can go big right away or they can start smaller and work their way up. Melanie Welch, Marketing Director at UOP describes the event as, “Very much like a pool party with food, music, and bathing suits, but with an extra dose of adrenaline.” How do participants feel when they hit the water? According to Welch, “Reactions vary from sheer exuberance to trepidation, but in general most come out of the water with enormous smiles, ready to try it again.”

With the addition of rock climbing as an Olympic sport starting in 2020, the Psicobloc Masters event at UOP is a great opportunity to see the world’s best climbers in action ahead of the Games. Professional and amateur climbers from around the world compete with no harnesses or ropes, scurrying up a 55-foot man-made wall with a 25-foot overhang over the million-gallon pool. The routes are extremely difficult with a Yosemite decimal rating of 5.14, considered among climbers as one of the more difficult climb ratings in the world. They provide an exciting show for spectators because whether climbers make it to the top or not, their only way down is to drop into the pool from dizzying heights. Want to test your climbing mettle? The wall is built and completed each year in June and visitors can climb it during public activity hours.

ADAPTIVE SPORTS Adaptive sports and outdoor adventures abound at the National Ability Center.This non-profit empowers individuals with disabilities to explore with their families and friends....

ALL LEVELS WELCOME - Park City Cross Country Trails With over 70 kilometers of groomed trails, Park City has long been a destination for cross...
X