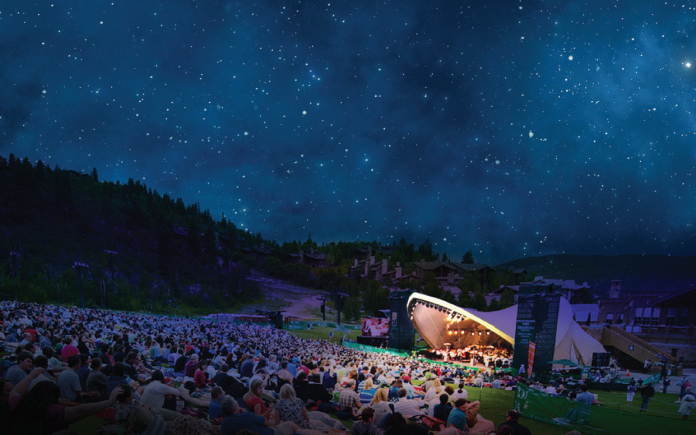 This year’s festival, in its 16th year, is marked by 15 outdoor Utah Symphony performances with guest artists including Utah-native Marie Osmond, Broadway-sensation Kristin Chenoweth, folk rock duo Indigo Girls, jazz trumpeter Chris Botti, and Broadway singer Renée Elise Goldsberry from the original cast of “Hamilton.” Also on the lineup is A Symphonic Space Celebration, a cinematic presentation honoring the 50th anniversary of the first lunar landing; tributes to Aretha Franklin and The Rolling Stones; Disney in Concert “A Magical Celebration” with music from “Moana,” “Coco,” “Frozen” and other fi lms; a live-to-picture performance of Steven Spielberg’s E.T. The Extra-Terrestrial; and Tchaikovsky’s “1812 Overture” with live cannon fire on the hillside provided by Cannoneers of the Wasatch.

For the second year, Utah Symphony | Utah Opera will focus on community engagement with a series of “pop up” performances featuring smaller Utah Symphony and Utah Opera ensembles at existing events and other local festivals, including the Park Silly Sunday Market and Mountain Town Music.

TAKE YOUR SUMMER EXCURSION TO NEW HEIGHTS Some of the most spectacular parts of the Wasatch Back are tucked away in remote locations, best experienced...
Summer Features

A to Z Things to Do in & Around Park City - Park City Summer Activities ADAPTIVE SPORTS Rooted in Park City, the National Ability Center...
X