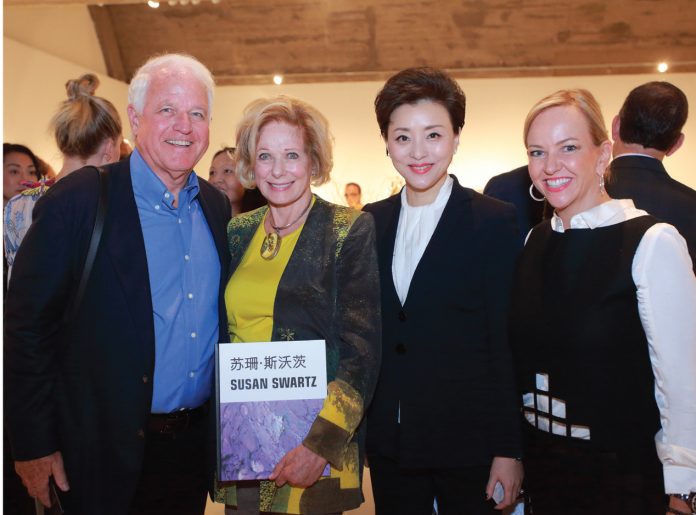 Attracting patrons from Park City and around the world, Susan Swartz’s abstract landscapes give viewers an inside look into how the splendor of the natural world inspires her expressive, dynamic works of art.

Swartz has just returned from China where she debuted her newest international exhibition featuring two new series created especially in its honor. “Personal Path” was unveiled at the Art Museum of Central Academy of Fine Arts (CAFA) in Beijing, representing a beautiful celebration of artistic and cross-cultural exchange.

Professor Fan Di’an, President of CAFA in Beijing, explains Swartz’s universal appeal, “These artworks originate from nature, but refl ect her true thinking on the world. Each tint of color and trace of stroke on the canvas reveals her creative process—asking herself a question, answering it by herself, and asking another…From this perspective, her creative method is consistent with major characteristics in Chinese art, which focus on striking a balance between the scenes themselves and the feelings people have when they are in the scenes.” 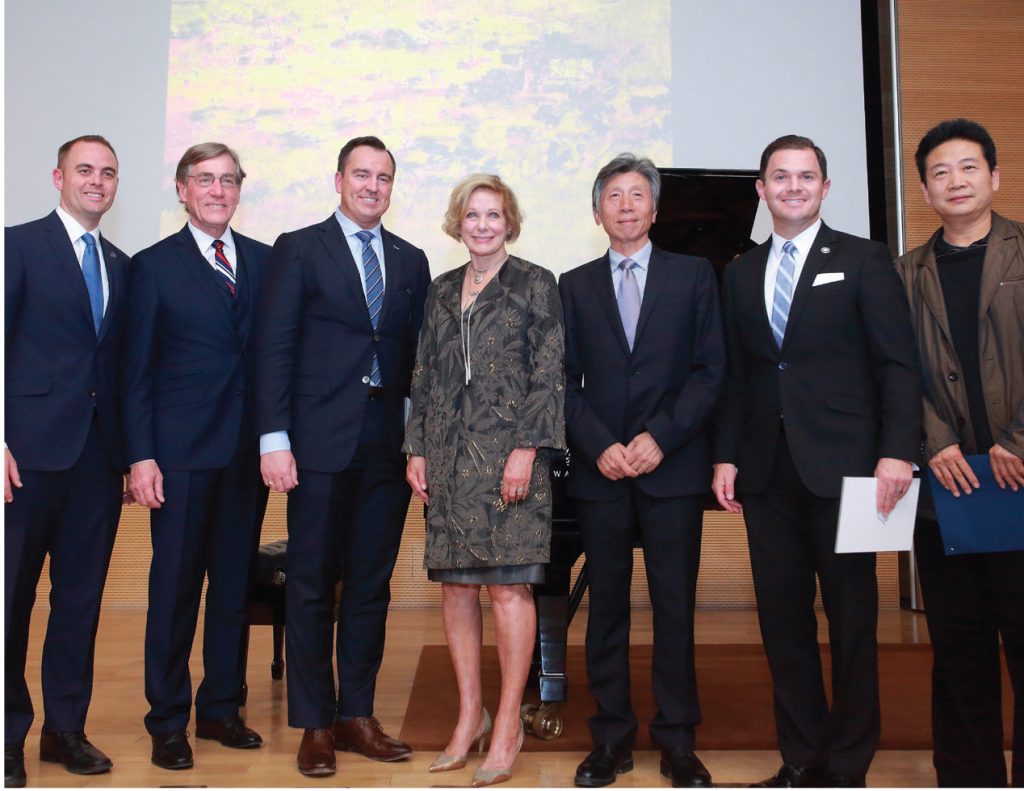 In collaboration with a larger initiative dedicated to broadening the Utah-China relationship in the areas of art, innovation, trade and investment, the Utah Delegation and Zions Bank together donated one of Swartz’s inspiring paintings, “Evolving Visions 3”, to the CAFA Art Museum. Some of the event’s special guests included Gregory Hughes, Utah Speaker of the House; Scott Anderson, President and CEO of Zions Bank; and Miles Hansen, President and CEO of World Trade Center Utah.

As part of this special commemoration of creative and cultural exchange, came a special message from the state of Utah and the Utah Delegation. Understanding the power of art as a universal language, Brad Herbert, the governor’s son, read a proclamation from Utah Governor Gary Herbert declaring October 11 as Utah-China Cultural Friendship Day.

Art has long spoken a language that crosses cultural borders and seeks to build common ground, and Swartz has been honored to be a part of the process by traveling around the world to share her art. Addressing attendees at the opening of Swartz’s exhibit at the Russian State Museum in St. Petersburg, which ran November 27, 2017 to January 28, 2018, Russian Ambassador Jon Huntsman Jr. said, “Art is some-thing that transcends us all. It transcends borders and boundaries.” This is something that resonates with Swartz and in all of her exhibits across the globe.

Many nonprofits have quotations, stories, and imagery that they weave together to create a beautiful tapestry communicating their culture. At Adopt-A-Native-Elder, “They bring me...
X