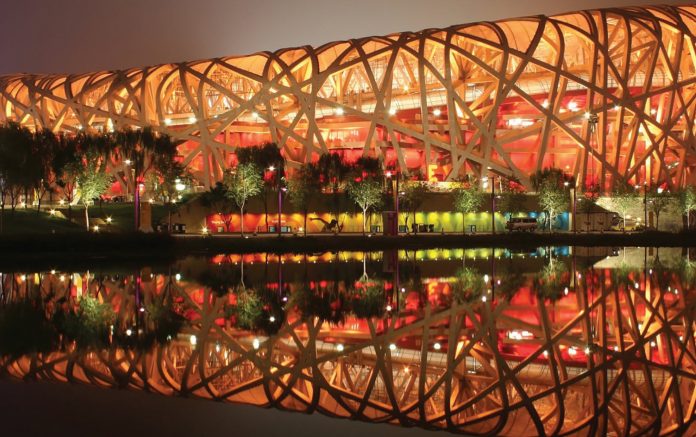 The first ever Winter Olympics to be held in China is billed by organizers as the “Joyful Rendezvous upon Pure Ice and Snow.” The Games will take place in February 2022, coinciding with the Chinese New Year festival, the most important holiday in China.

Beijing Winter Olympics will make history in more ways than one. With more women athletes competing than ever before (almost half the field), the Games will be the most gender-balanced in Winter Olympics history. Competition has been expanded to include seven new events for women and mixed teams. 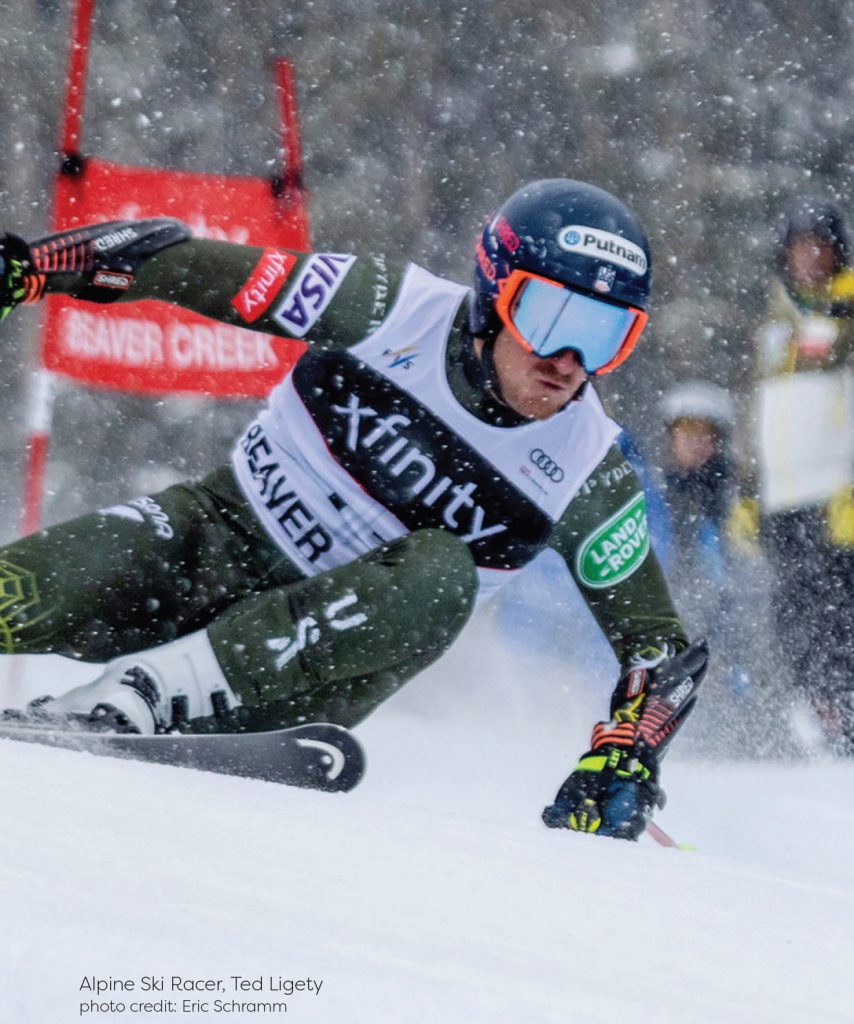 Veteran Olympian Ted Ligety, a longtime Park City resident and one of the best giant slalom ski racers in history, will compete in Beijing, his fifth Winter Olympics. In 2014 Ligety won the first-ever Olympic Gold Medal for the U.S. in giant slalom and dominated the World Cup men’s GS alpine circuit for several years. He left for Europe for a training camp last September and went on to the first World Cup race in Soelden, Austria October 18.

Several other “Parkites” will compete for a spot on the Winter Olympics team. Ashley Caldwell, who lives and trains in Park City, hopes to be competing in 2022. If selected for the team, this will be her 4th Winter Olympics. The World Cup champion in 2016, she’s the first female to land a trick known as the “Daddy,” a quadruple-twisting triple back flip. It’s the hardest trick ever landed by a woman. “Being athletic, healthy and competitive is not gender exclusive. I want to be the best. I don’t care if I am a boy or a girl,” says Caldwell.

Park City’s own Colby Stevenson is also on track to compete in Beijing. Tom Yaps, Stevenson’s publicist, says he’s definitely a main contender for one of the four free ski-pro slopestyle spots. Stevenson started his skiing career young, when he got his fi rst pair of skis at age two. He made the USA rookie team in 2013 at age 15 and managed a double podium at the U.S. Ski and Snowboard Nationals in 2014, first in slopestyle and second in halfpipe. The big air phenom won two gold medals at the X Games in Aspen, Colorado last January.

Though pioneering Park City ski jumper Sarah Hendrickson has retired, several talented Park City jumpers will vie for the opportunity to represent the U.S.A. at the Olympic Games. Hendrickson was the face of women’s ski jumping when the event premiered at Sochi in 2014. Three members of the 2018 U.S. ski jumping team grew up in Park City.

The COVID˙19 pandemic has dramatically complicated Olympic preparations. “Things are constantly changing and we have to be ˝flexible,” says Lara Carlton, communications manager for U.S. Ski and Snowboard. The Park City-based national organization is responsible for recruiting, training and naming skiers and snowboarders to the Olympic team.

“We’ve been working with embassies and local governments across Europe to gain access to winter sports training areas. You have to show a negative COVID˜19 test to be allowed in. We are governed by the International Ski Federation so, as it stands now, we are hopeful for a competition season. There is still a lot of uncertainty. I don’t think anyone can say what the competition season will look like,” says Carlton. Olympic officials are guardedly optimistic a COVID˜19 vaccine will have put the brakes on the pandemic by early 2022.

Besides Ligety, several other U.S. Ski Team members left for Europe last September to train and compete for a spot on the team. U.S. Ski and Snowboard will soon announce qualifications criteria for how athletes can make it onto Team USA. Qualifications will begin in 2021-22 and the official team will be named in January of 2022.

Despite the uncertainty brought on by the pandemic, U.S. Ski and Snowboard is at full throttle preparing for the games. “Everyone here goes to work every day, because we are passionate and confident in our athletes’ abilities to achieve Olympic medals.”

Opening ceremonies will unfold February 4th at Beijing’s iconic “Birds Nest” Olympic Stadium, site of the 2008 summer games ceremonies. Beijing will be the first city in the world to have hosted both the summer and winter Olympic Games.

TIME TO GET YOUR SKIS ON… 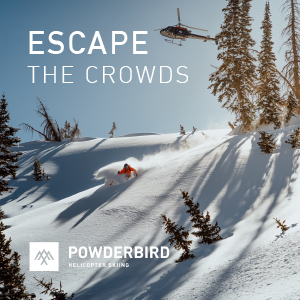 It’s been a year since the phase one completion of the all-new Salt Lake City International Airport. Reimagined using traveler data, industry insights and...

Whether you’re an adrenaline junkie or crave a one-of-a-kind experience, northern Utah and Park City has some of the most epic adventures around. Follow...
Shopping-Lifestyle-Trends

In 1972, after Gary Cole had completed graduate school, with a master’s degree in Opera, a transforming road trip brought he and his wife,...
X