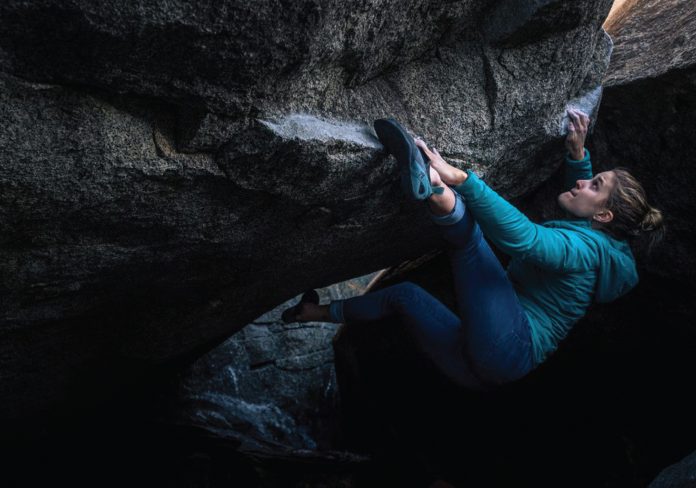 TWO EXCEPTIONAL ATHLETES THAT TAKE IT TO THE LIMIT

For elite climbers and skiers there’s a lot to be said for an early start.

Allison Vest was scrambling up walls in a climbing gym by age six. “Weirdly enough, I just think I was always predisposed to be climbing things since kindergarten,” says Vest. “I’d climb the jungle gym in pre-school so much I’d come home with my hands bleeding. My parents had to send me to school all bandaged up,” she laughs. Vest, today one of the top “bouldering” climbers in the country, says the sport is “never boring.” 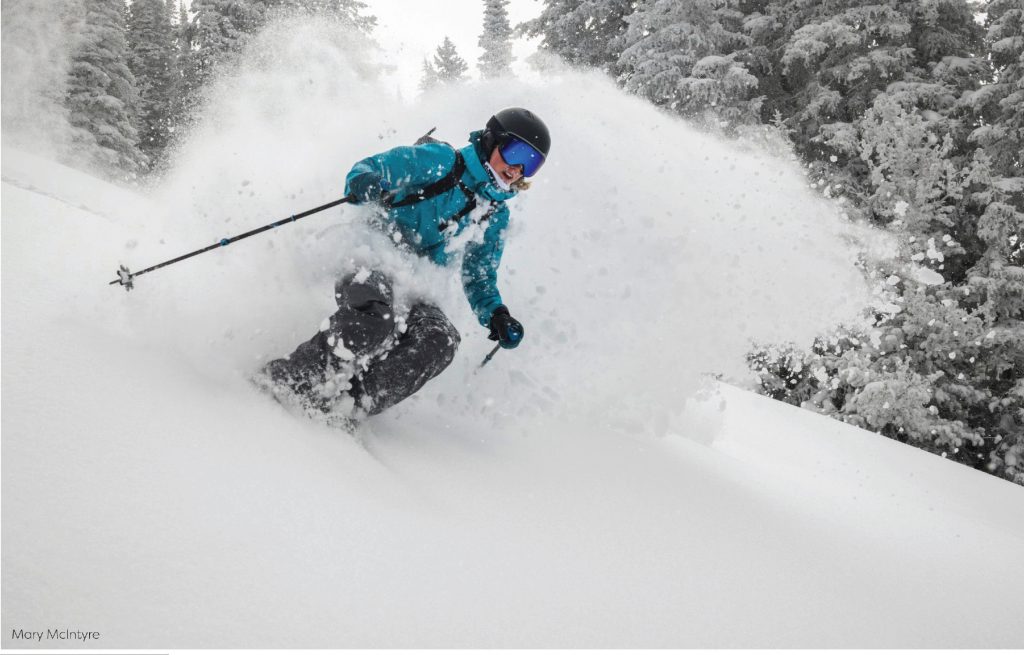 Mary McIntyre was on skis at age two. “My parents were avid backcountry skiers so that’s what I was kind of brought up doing,” she explains. The phenomenal skier and adventurer says the sport has always been her way to connect with people. “Here in Utah and when I’m traveling, skis are sort of a catalyst for connection, sparking conversations and friendships wherever I go.” McIntyre says her favorite thing about skiing is the freedom and solitude of being out in the mountains.

Both Vest and McIntyre stand at the pinnacle of their respective sports. Both are sponsored by Black Diamond Equipment, a Utah-based international company that makes high quality climbing and skiing equipment and apparel.

Founded by climbers and skiers in 1957, Black Diamond today is a global company with offices on three continents. Their “distilled” mission statement: “to make the best climbing, backcountry snow and mountain equipment in the world.”

Driven by that commitment, Black Diamond sponsors a tightly-knit “family” of elite athletes who use their equipment and serve as ambassadors and spokespersons for the company. Vest and McIntyre are among them. 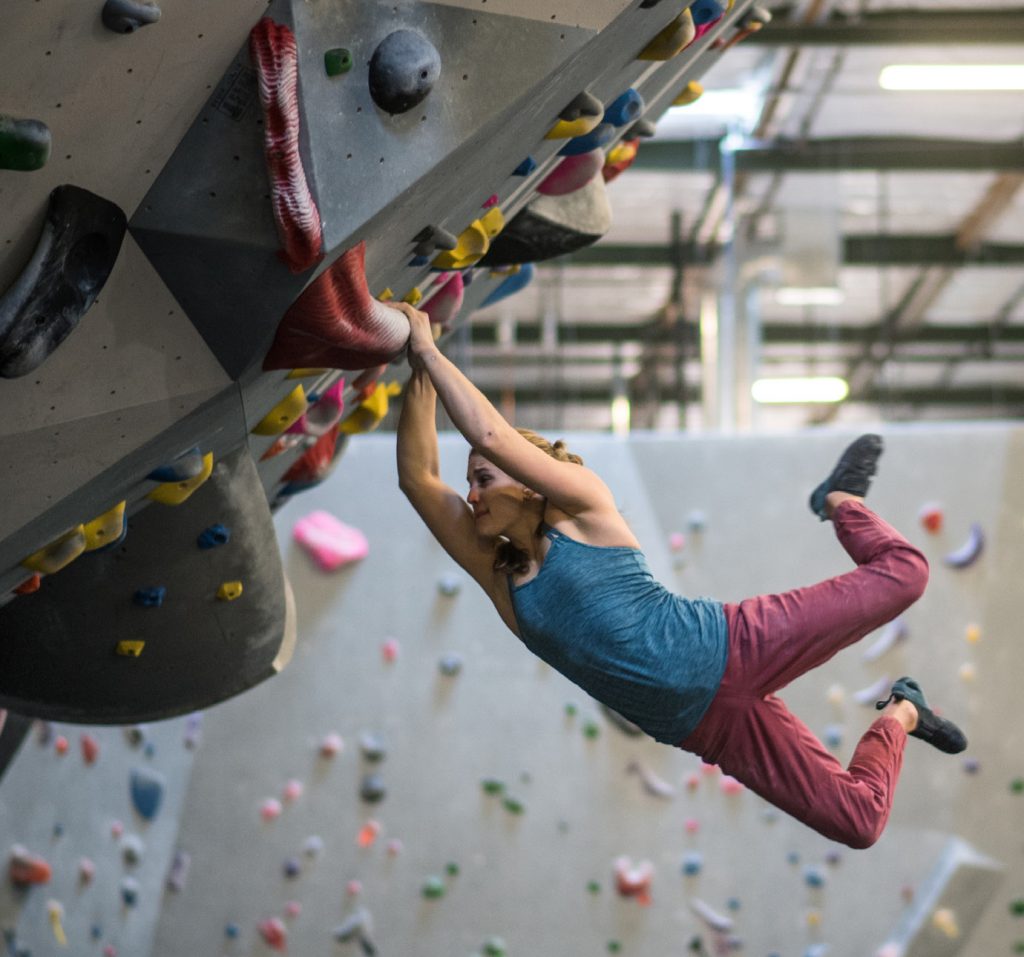 Vest, 25, is a Minnesota native but moved with her family to Alberta, Canada as a child. Already hooked on climbing, she trained at climbing gyms there and joined the Canadian youth competitive team when she was nine years old. She’s been competing ever since.

Why climbing? “The possibilities are endless,” she explains. “For me climbing is the perfect sport because everything is always changing and different. There’s always another route to take.” Vest is a “boulderer,” that’s climbing short distances without ropes. “Every individual move is a lot harder than climbing on a rope. That’s what draws me to bouldering.” It’s a risky sport. “Most of climbing and training is about falling over and over again. It’s definitely a skill learning how to fall,” she admits.

She now lives in Salt Lake City and trains at climbing sites along the Wasatch Front. Though very competitive, she says one of her favorite things about the sport is more social. “I enjoy the community side of things. Obviously I’m biased but I think climbers are some of the coolest people as a group in the world. Most of my friends and social circles are within the climbing community and I think that aspect of it is really great.” 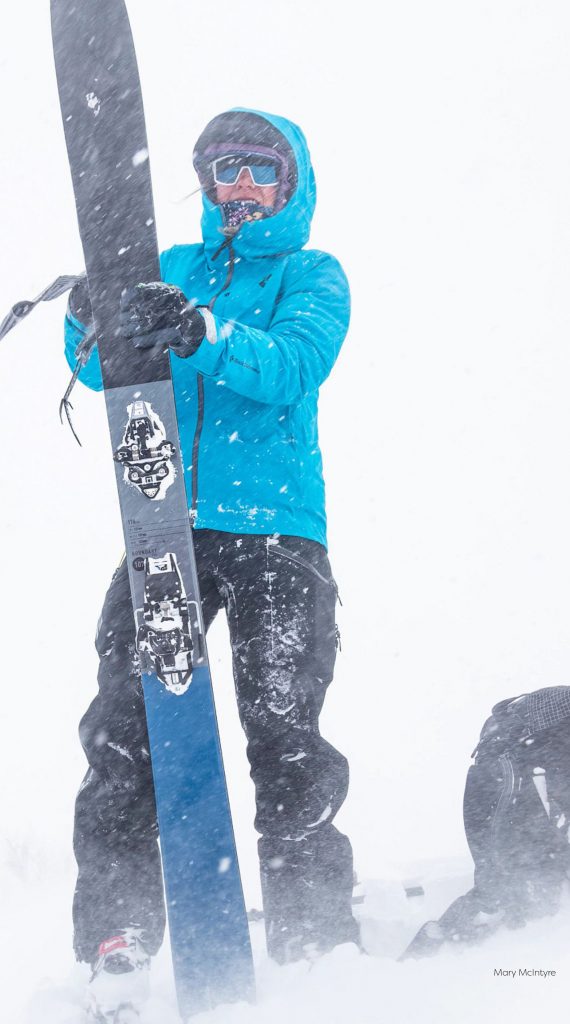 McIntyre, 29, also lives in Salt Lake City and has skied the Wasatch Mountains all her life. She loves to “skin” (hike on skis) far into the back country “to see some interesting stuff with no one else around.” Though backcountry skiing is her first love, she’s also a talented writer and photographer. McIntyre has skied and photographed in some very interesting places. “The weirdest one was Uganda in Africa. The biggest mountain there was 16,000 feet, right on the equator,’ she says. “It’s the farthest I’ve ever traveled to ski the shortest strip of snow because the glaciers are receding so quickly. It’s one of the coolest places I’ve ever been. Uganda has really wild animals and vegetation and an amazing mountain culture.”

McIntyre joined the Black Diamond family in 2017. “They were looking for a female ski athlete because they didn’t have any at the time and I’m still the only one.” The Black Diamond brand is well known for its climbing gear and culture and in recent years has expanded into ski equipment and apparel. McIntyre’s role as an athlete with the company is unique. “I propose trips to them that might make for interesting content, either videos or photos or stories or all of the above. If they like the idea, they fund the trip. Other times I do personal trips or just ski locally using Black Diamond equipment and I’m a spokesperson for them. It’s been a really cool opportunity to do something a little different.”

Both McIntyre and Vest have set high goals for themselves. “There are a lot of places I still want to go and a few places I’d like to go back to,” say McIntyre. Kamchatka, Russia and the RepubIic of Georgia are fantastic and I really want to go back to both places to ski when conditions are better.”

Vest has set her sights on the 2024 Summer Olympics, where speed climbing will be among the competitive events. Her roommate, also a climber, will be competing at the Tokyo Olympics next summer. “It’s been very motivating for me to be living and training with someone who has such high goals,” says Vest.

The future is bright for both these outstanding athletes. As members of the Black Diamond Equipment team, they’re helping to create a promising future for all climbers and skiers worldwide. Ultimately, Black Diamond Equipment is not just a company for rock climbers and skiers, but one that stands for the spirit of the sports all athletes live and love. ■

TAKE YOUR SUMMER EXCURSION TO NEW HEIGHTS Some of the most spectacular parts of the Wasatch Back are tucked away in remote locations, best experienced...