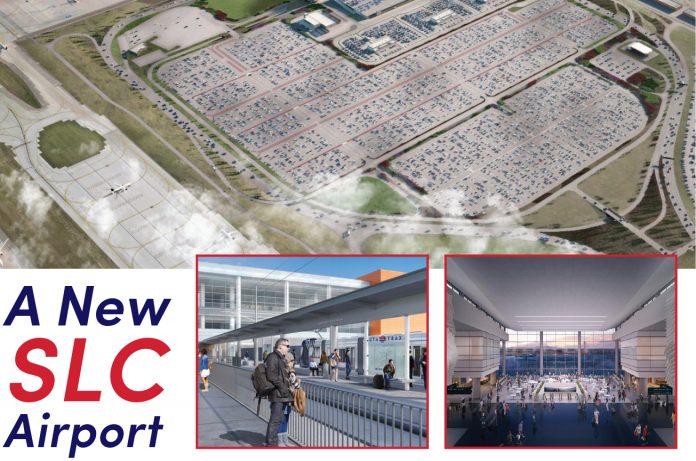 It’s always been relatively easy to fly in and out of Salt Lake International Airport. Just a 30-minute drive from Park City, it’s a big part of the reason so many skiers and summer vacationers come here every year.

Soon, it will be even easier. By the fall of 2020, a new central terminal and a new concourse will greet Salt Lake City air travelers. They’re long overdue, say airport officials. Almost 25 million people funnel through the airport annually now and it’s estimated that number grows by five percent each year. That’s putting a strain on aging facilities. Th e original terminal was built over 50 years ago, the “newest” international terminal opened over 20 years ago.

Designers say a single, central terminal will streamline passenger check-in, security checks and baggage claims. It will also eliminate some familiar airport features. “Passengers won’t need to make a lot of level changes,” says Nancy Volmer, the airport’s director of public relations and marketing. “We will still have elevators and escalators, but they won’t be needed as much as they are today.”

“Public input during the planning
process was crucial,” says Volmer.

“Overwhelmingly, we heard that locals wanted to see the beauty of Salt Lake and Utah brought inside. So we took this to heart and have some magnificent art installations planned—The Canyon and The Falls—by renowned artist Gordon Whether.” Passengers will also see Utah earth-tone colors like copper and sage in the design. 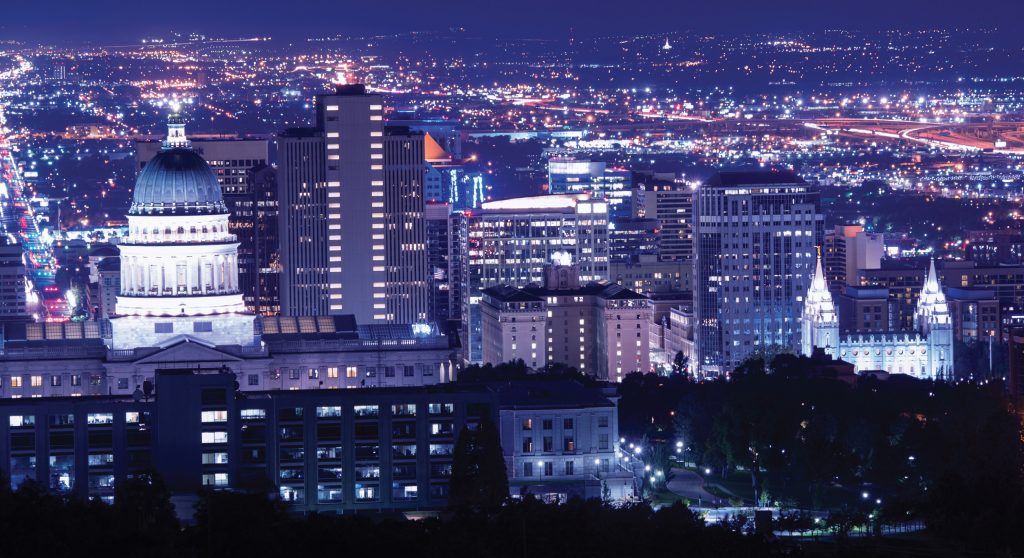 “Best of all,” says Volmer, “no local taxpayer dollars are being spent on the new Salt Lake City airport. Most of the money will come from existing airport revenue, along with revenue bonds, federal grants and facility charges.” She urges air travelers to plan a little extra time at the airport during the construction process, but says it will be well worth it come 2020.

No Strings Attached By Dwayne Vance The von Trapp family singers have nothing on the Utah Symphony when it comes to making the hills come alive...

Transport yourself to another world at the Loveland Living Planet Aquarium. New this year is a virtual reality-based interactive exhibit, five-story conservation center; 7,000-seat...
X