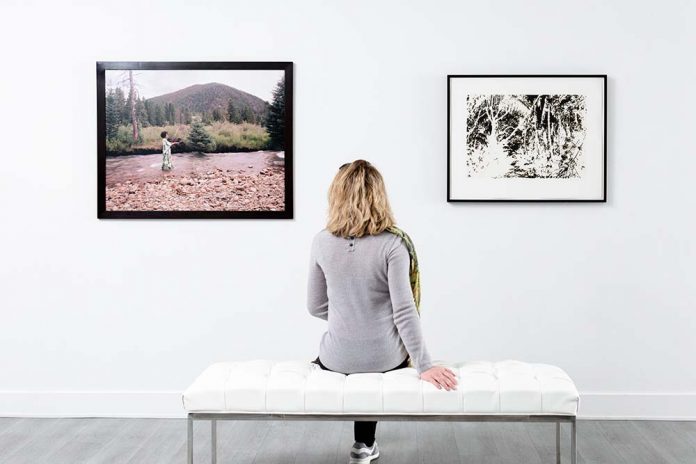 Park City, UT— Susan Swartz Studios is pleased to unite artistic expression with activism through its ART AND SOCIAL JUSTICE exhibition, on view at Susan Swartz Studios through February 2, 2020. This compelling exhibit features works by international artist Susan Swartz along with a curated selection of women artists from the Agnes Gund Collection and a preview of artists associated with the Art For Justice Fund.

The exhibit celebrates the new documentary Aggie, directed by Catherine Gund and produced by Aubin Pictures, which premieres at the Sundance Film Festival on January 24th, 2020.

Agnes Gund, the revered art collector, philanthropist and former President of MoMA, founded Art for Justice through the sale of a beloved Roy Lichtenstein painting and, along with a small group of generous donors, a movement was born. The Art for Justice Fund is disrupting mass incarceration by funding artists and advocates working together to reform our criminal justice system. It is supported by partnerships with the Ford Foundation and Rockefeller Philanthropy Advisors.

This exhibit marks a first for Utah with some of the featured artists making their debut showing in the state. To further highlight the extraordinary work of Agnes Gund and the Aggie documentary, Susan Swartz Studios is collaborating with Modern West Gallery in Salt Lake City, which will preview additional works from the Collection of Agnes Gund from January 17 – March 7, 2020. After the Sundance Film Festival, works from the ART AND SOCIAL JUSTICE Park City exhibition will travel to expand their exhibition through its closing on March 7, 2020.

The intersection of art and film is an area of passion for Susan Swartz. Her decade-long struggle with mercury poisoning and Lyme disease transformed her as an artist and activist determined to educate about nature’s fragility. Susan is a founding partner of the Oscar-winning film organization, Impact Partners, and serves on the advisory boards of the National Museum of Women in the Arts and Harvard University Divinity School. Susan has collaborated with Dr. Jane Goodall, Robert F. Kennedy and Louie Psihoyos on a number of environmental campaigns. Her art has been recognized with solo museum exhibitions around the world and is in the permanent collections of the US Art in Embassies program, National Museum of Women in the Arts, Springville Museum of Art, Utah Museum of Fine Arts, International Olympic Museum in Switzerland and Central Academy of Fine Art in Beijing. She was chosen as the Official Environmental Artist for the 2002 Olympic Winter Games. www.susanswartz.com

Kimball Art Center is proud to announce our new Park City Kimball Arts Festival website is now live! Over the past few months, our...
X