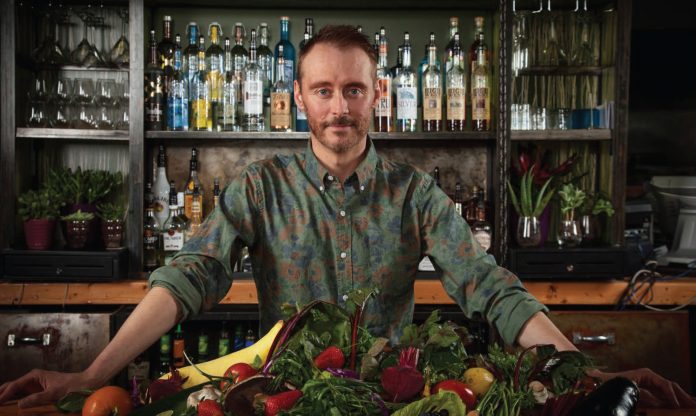 VEGETARIANISM has a rich history in Salt Lake City. The original recipes for White Wave and “Tofurky” were created at Park Ivy Café. In 2012, VegNews magazine hosted a “Vegan City Showdown,” proclaiming Salt Lake City the “Next Great Vegan City.”

In the years since, the number of plant-based purveyors has mushroomed, with over 50 vegan-friendly restaurants, food trucks, bakeries, ice cream shops, delis and groceries. So, whether you’re a virgin vegetarian, or have long enjoyed the advantages of a plant-based diet benefitting the earth, animals and health, discover amazing flavors and the abundance of locally-grown, sustainable food at some of these local eateries.

VEGETARIAN PIONEERS
Ian Brandt, owner of Sage’s Café, Vertical Diner and Cali’s Natural Foods, is one of the pioneers of the local vegetarian movement. “I wanted to show people that vegan cuisine could be rich in flavor and fulfilling in texture and presentation,” he says. Starting with the Greens Vegetarian Food Cart in 1998, Brandt opened Sage’s Café the next year. Sage’s Café’s 20-year span of serving award-winning cuisine was “vegan and vegetarian before it was cool,” says the Utah Foodie, and USA Today named it the city’s “most popular, go-to restaurant for healthy, gourmet vegetarian food.” Sage’s Café recently morphed from an upscale establishment into a second Vertical Diner, similar to the original on 900 South. Both serve breakfast all day and off er vegetarian comfort food for a nostalgic, but healthy experience. Try their savory or sweet waffles, the manly Dude Cakes, or the Ian MacKaye Burger, named aft er frequent customer and punk rocker Ian MacKaye. Brandt’s other enterprise, Cali’s Natural Foods off ers vegetables, produce and “analog” meat products like their Tender Tigers, a vegan version of boneless chicken wings. 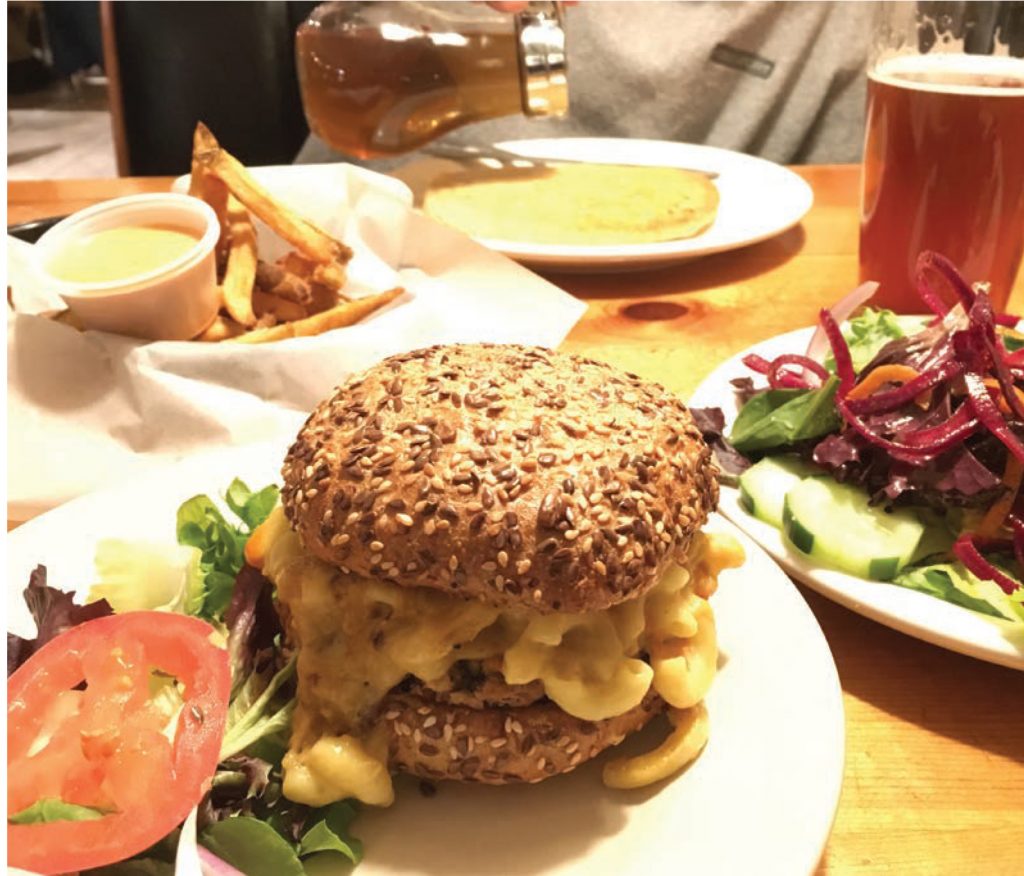 FROM FARM TO FORK
Zest’s opening on October 1, 2012, coincided with “World Vegetarian Day,” and their farm-to-fork mentality is the force behind their globally inspired, seasonal cuisine. “We are dedicated to well-being through healthy, fresh ingredients and a focus on plant-based, raw and gluten-free dishes that fit into all diets, including Paleo,” says owner Casey Staker. “Recognizing the connection between plate, planet and people, we support local farmers, businesses and organizations with fair trade practices.” Zest’s bar is an extension of the kitchen, offering hand-crafted cocktails and one of the largest selections of organic wines, beers and spirits available in Utah. Some of the most popular dishes are the Thai Sunrise with spicy yellow coconut curry, the Sesame Stir-fry Veggies, and the Irish stew with brussels sprouts, kale, beets, mashed potatoes and King Oyster mushrooms. Enjoy a Strawbubbly Martini with vodka, strawberry lemonade and bubbly, or the High Zest Whiskey Sour with lemon ginger kombucha. Open seven days a week for lunch, dinner and brunch on weekends and live music on Tuesday nights. Another bonus—your furry friend can join you on their dog-friendly patio during the summer months. 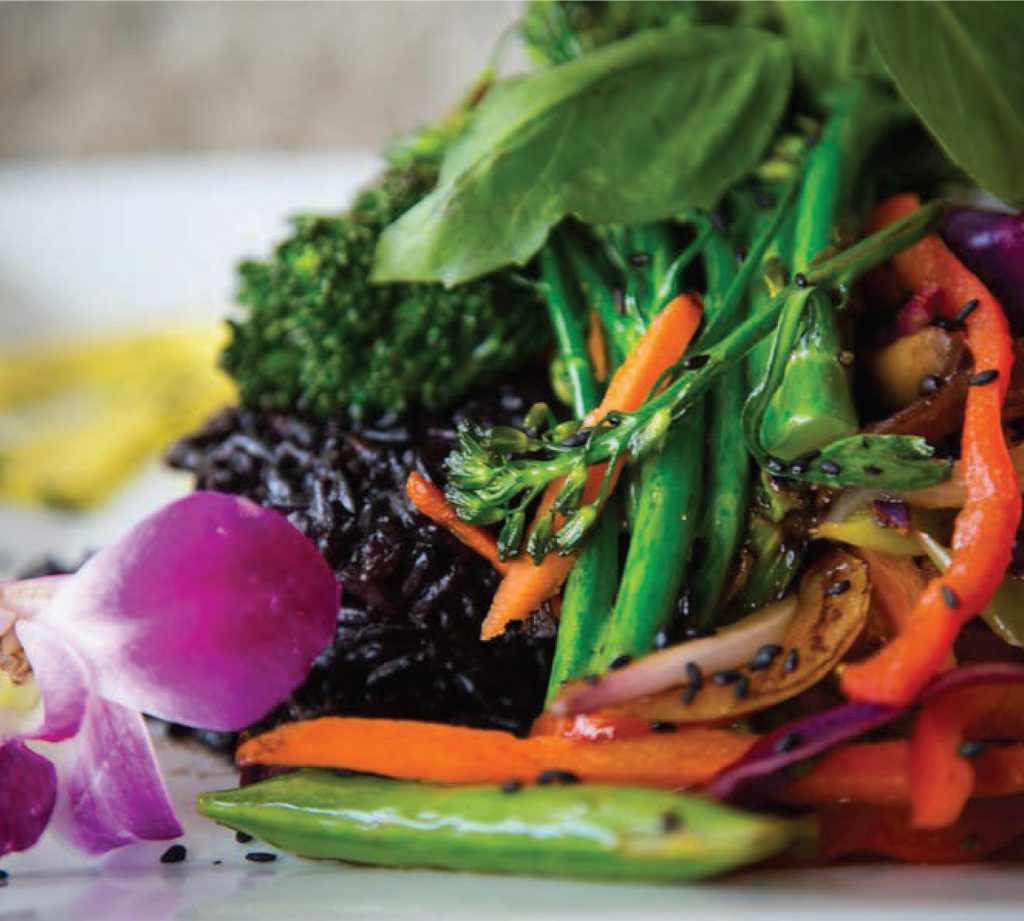 LUNCH FAVORITES
Asian restaurants have always been a haven for vegetarians. A Salt Lake City option to try is the new Veggie House near the SLCC campus on 52 East and 1700 South. A casual lunch spot, tasty Asian vegan and vegetarian dishes include standbys like Tempura Vegetables and Papaya Salads, there are also a variety of curries and noodle/stir fry dishes served with soy shrimp, soy beef and tofu.

Bud’s Sandwich Shop is an all-vegan deli serving up flavorful, classic sandwiches with a twist. Described by BuzzFeed “as drool-worthy as any New York deli,” Bud’s serves it up fast and fresh. Try their Barbacoa-grilled Jackfruit Taco Salad, a Pesto Sub or the Cheesesteak made with peppered soy steak, bell pepper, grilled onions and warm smoky “cheese” sauce on a toasted sourdough hoagie. Everything, including the sauces, is prepared in-house daily. Be sure to try one of their popular, freshly baked zucchini chocolate-chip cookies for dessert. 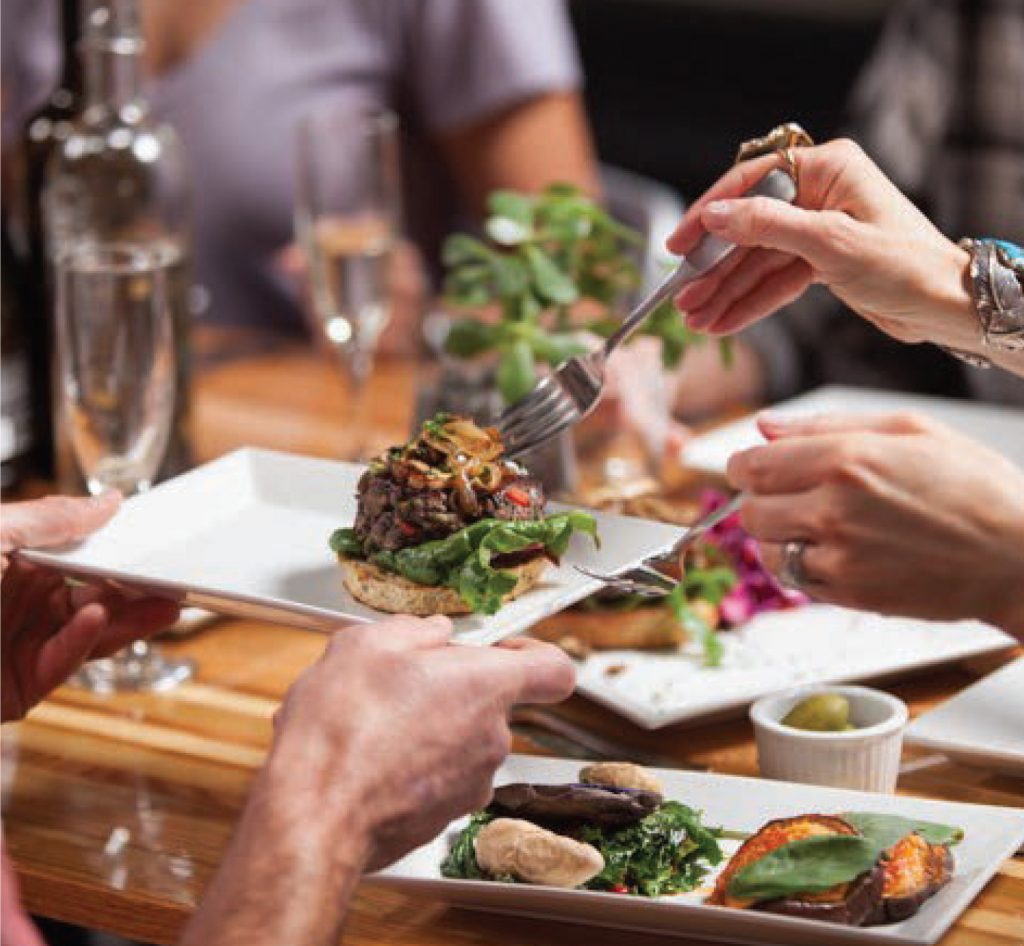 CHANGING THE MINDS OF CARNIVORES
If you’re a fan of Bud’s, check out the Bolt Cutter, their sister restaurant near the Gallivan Center. Th e name Bolt Cutter is reminiscent of the tool used by activists to liberate animals, or as owners Roxy Carlson and Alex Jamiso put it, a strong name and image to go with strong fl avors. “We want to change the minds of carnivorous-leaning eaters like me about what plant-based foods look and taste like,” says Carlson. Th e simple menu features Mexican and Central American-inspired fare—their Nachos are a crowd favorite, as are the Sin Carne Tacos–three robust soft tacos served with house-made guacamole, salsa verde, onion, cilantro, lime and Asada Seitan, a wheat protein that has the look and texture of pork or beef. Really. My server recommended the Breakfast Burrito. A colorful hearty dish of potatoes, tofu scramble, refried beans, Pico de Gallo, pesto, spinach and pickled onions, it was so satisfying and filled that craving for a late morning meal. Join them in the evening for candlelight and cocktails. 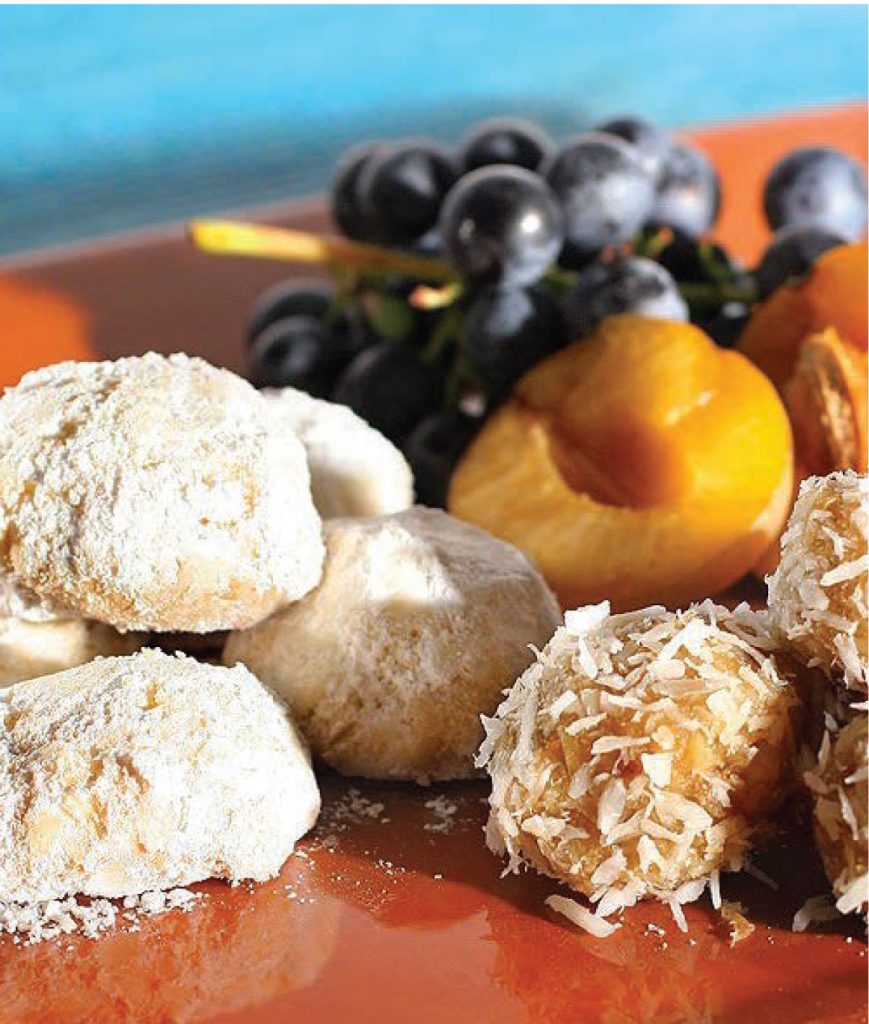 MOUTH-WATERING VEGAN DESSERTS
After dinner, wander next door to Monkeywrench, Carlson’s vegan ice cream parlor and dessert shop for vegan baked goods and espresso drinks. About 16 flavors are offered at any given time and change according to the season. Served in homemade waffle cones, or with gooey chocolatety house-made brownies topped with caramel sauce, chocolate sauce and nuts, or try the new ice cream cookie sandwiches, you’ll find something to satisfy your sweet tooth without feeling too guilty.

Another purveyor of healthy vegan desserts and specialty cakes is City Cakes Café & Bakery. Owner Nanette Wessels opened City Cakes & Café in 2010, cooking up professionally decorated cakes for weddings and other occasions. Her sons are both vegans and she found there was a big demand for vegan baked goods, so the conversion to an all-vegan operation made sense. Their product line features more than 30 different vegan products (half of them gluten-free) made from scratch daily, including cinnamon rolls, cookies, muffins, scones, cupcakes, lemon bars, brownies, cheesecake and award-winning Mac n’ Cheez. FlipKey voted City Cakes one of the “Best Local Bakeries Worth Traveling For,” and Happy Cow gives them a 5-star review. Stop by one of their cafes or find their products at Harmon’s, Whole Foods and Even Stevens sandwich shop.

If you’re vegan, but a secret doughnut lover, get out of the closet and come to Big O Doughnuts, a family-run gourmet doughnut company founded in 2015. What started out as a dare has become a legitimate source for seasonal varieties of handcraft ed doughnuts like the Orange Cardamom, Toasted Coconut, Triple Berry and Lemon Lavender. You’ll also find them at Sugarhouse Coffee, People’s Coffee and the Buzzed Coffee Truck.

Hogle Zoo Celebrating the 150th Anniversary of the Driving of the...

A TRIP THROUGH THE NEW SLC AIRPORT ALLOWS TRAVELERS TO EXPERIENCE UTAH'S MAGICAL LANDSCAPE WITHOUT EVER LEAVING THE TERMINAL Creating lifetime memories is often the...
X