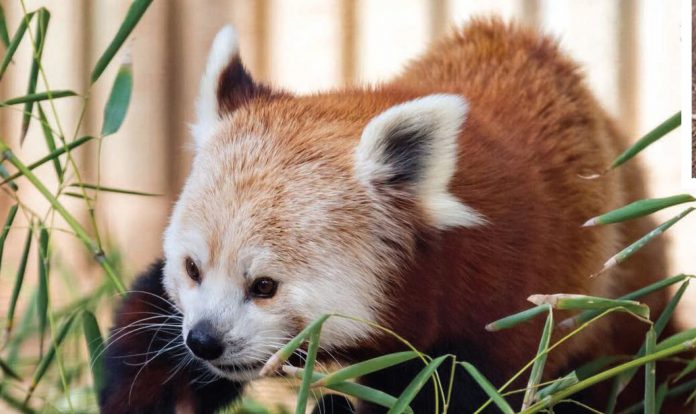 Panda-monium is coming to Hogle Zoo 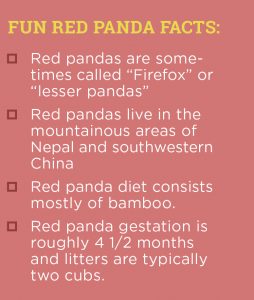 Utah’s Hogle Zoo is expecting a bit of panda-monium this spring as zoo officials announced early February that two red pandas—our male is four and the female is seven—will be relocating to Salt Lake City to join the esteemed Hogle Zoo aft er an eight year absence. The 42-acre zoo at the mouth of Emigration Canyon has constructed the red panda exhibit at the entrance to Asian Highlands, a dedicated central plaza with animal exhibits surrounded by rare cats of Asia.

Red pandas are native to the mountains of Nepal and southwestern China. They are covered in thick, red fur—even the soles of their feet—to conserve body heat. Their diet consists of mostly bamboo. Red panda numbers in the wild are estimated to be fewer than 10,000, primarily due to loss of habitat and the illegal pet trade. The zoo has partnered with the Red Panda Network, which is continually working to save this beautiful species in its native habitat, to increase awareness and conservation efforts. redpandanetwork.org 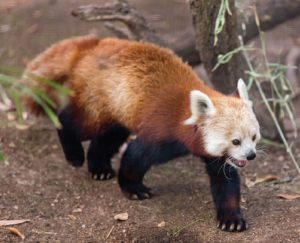 The pandas came from Reid Park Zoo in Tucson AZ and will now reside in the Janet Quinney Lawson Red Panda exhibit which opened May 2. Lawson was a longtime Zoo board member and donor. As the two pandas are already familiar with each other and get along very well, hopes are high that the pair will eventually breed and increase red panda populations. You can become a Panda Partner and donate to the continued care, conservation and protection of these magnificent creatures and stay up-to-date on all red panda news by logging onto the Hogle Zoo website at hoglezoo.org.

As the weather turns cold make sure to visit Thanksgiving Point for many indoor and outdoor activities this winter! The Museum of Natural Curiosity...

A TRIP THROUGH THE NEW SLC AIRPORT ALLOWS TRAVELERS TO EXPERIENCE UTAH'S MAGICAL LANDSCAPE WITHOUT EVER LEAVING THE TERMINAL Creating lifetime memories is often the...
Best of Salt Lake City

EXPERIENCE THE EXCITEMENT OF LIVE MUSIC From jingling bells to fire breathing dragons, an opera set in a war zone, Utah’s natural landscape in musical...
X