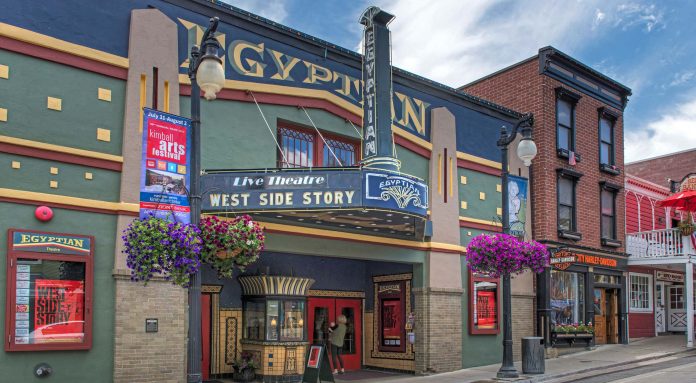 It might be nearly 100 years old, but the Egyptian Theatre is still in the spotlight.

One of the most fabled and ill-fated treasures in Park City, the Egyptian Theatre has a history nearly as entertaining as the acts that take its stage.

In the late 1800s, many theatres were built on Main Street. The largest and most ornate was the Grand Opera House, which burned to the ground in 1898, just three months aft er it opened. In an attempt to restore culture and live theater to the town, the Dewey Theatre opened its doors about a year aft er the fire. But in 1916, heavy snow caused the roof to cave in, totally destroying the building.

These two natural disasters resulted in a six-year entertainment intermission, until Parkites began construction of the current Egyptian Theater in 1922. Just before Christmas in 1926, it opened as a cinema house and saloon that also featured traveling vaudeville acts. 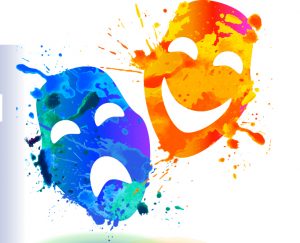 Since then, the Egyptian has been on the brink of going dark several times. Major renovations were needed in the 1970s, and again in the 90s. Then there was a recession. Donations and ticket sales were scarce and talks of closure were frequent.

From these high-dollar dramas, the Save Our Stage Foundation was formed, in large part to secure the theater’s financial future. Today the Egyptian Th eatre is a landmark venue, which plays host to a variety of in-house productions, musical acts, live comedy, fi lm and community events each year.

It also plays host to a celebrated children’s theater program, and since its inception in 1985, the Egyptian’s Youth Theatre program has put thousands of local kids in the spotlight. “We believe every child deserves to take center stage. And, we believe participating in an arts program is crucial to development. Using creativity, discipline and teamwork to put on a production builds confidence and an appreciation for the arts,” said Randy Barton, theatre manager. Barton noted that many Youth Theatre alumni have gone on to study acting in college or pursue a career in the theatrical arts. Some have even performed on Broadway, television and film. 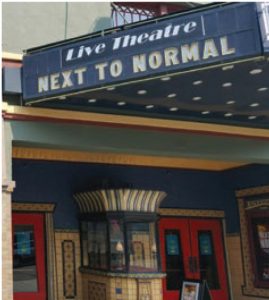 The Egyptian offers summer camps, aft er-school lessons and year-round classes. Private voice lessons are available, as is hands-on instruction for the “behind the scenes” stuff .

“Not every kid craves the spotlight. And a production is so much more than the leading role,” said Randy. “Th at’s why we off er camps for students to work with professional set and costume designers, stage managers, light and audio crews and more.”

PARK CITY WINTER SPORTS FOR THE EXTREME Park City ﬁrst made a name for itself due to the massive and valuable ore deposits hiding beneath...