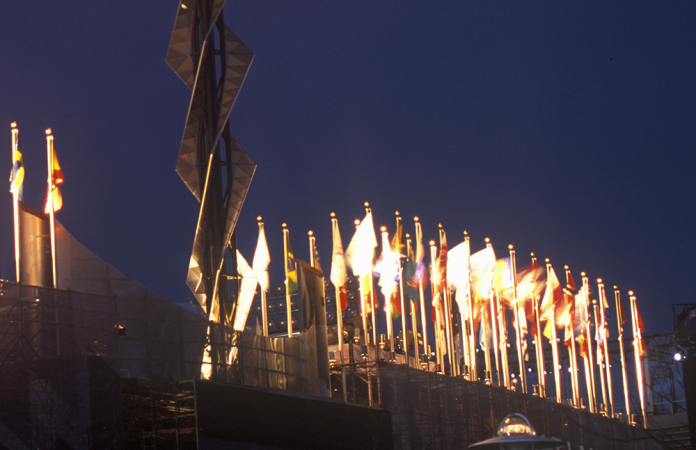 It’s not a question of if, but when the Winter Olympics return to Utah. The Salt Lake City Committee for the Games was formed last year to lead the charge to bring back the Games. Led by Fraser Bullock, veteran Utah entrepreneur and former chief operating officer for the 2002 Olympic Organizing Committee, the elite group includes several prominent Park City residents.

Utah’s next shot at the Games is still several years away, 2030 at the earliest, and committee members admit the bid effort will be a slalom course with many twists and turns. But with all the venues already in place, organizers believe they can host the Winter Games for far less money than any other contender.

HERE’S THE IMPRESSIVE ROSTER OF PARK CITY COMMITTEE MEMBERS:DR. ERIC HEIDEN, an orthopedic surgeon in Park City, was a multi-gold medalist in speed skating at the 1980 Winter Olympics in Lake Placid, New York. He was honored to deliver the iconic “Athlete’s Oath” at the opening ceremonies. Heiden is an icon in the speed-skating community, the only athlete in history to garner the gold in all five Olympic speed skating events at a single Olympics. Called by some the greatest speed skater of all time, he brings a decorated, veteran athlete’s perspective to the committee.

BOB WHEATON, now retired, was president and chief operating officer of Deer Valley for over 20 years. Under his steady hand, Deer Valley grew into a true world-class destination resort, named best U.S. resort by Ski Magazine throughout the early 2000s and by World Ski Awards every year since 2013. Working at Deer Valley since its opening in the late 1970s, Wheaton has been at the forefront of the evolving ski industry for over four decades. He brings expansive knowledge and experience in developing world-class ski venues to the committee.

BECKY KEARNS, a long-time Park City resident, was a key executive at Zions Bank for over two decades before retiring a few years ago. A beloved member of the community, she’s garnered many accolades during her career, including Park City Woman of the Year. In 2017 she received the prestigious Park City Chamber of Commerce Spirit of Hospitality Award. Kearns played a pivotal role in the planning and development of the Park City Hospital. She’s long been a key player in the town’s growth and development and brings a wealth of business acumen to the committee.

CHRIS WADDELL, one of the most decorated athletes in Paralympic history, moved here in 1999 to train for the 2002 Winter Olympics. He was inducted into the U.S. Olympic and Paralympic Hall of Fame in 2019 for his outstanding achievements as a Paralympic alpine skier. After retiring from competitive skiing in 2009, Waddell went on to be the first paraplegic to summit Mt. Kilimanjaro on a hand cycle. He founded “One Revolution,” an organization that seeks to “change the perception of disability through education and storytelling.” He brings a veteran Paralympian’s perspective to the committee.

NATHAN RAFFERTY is president and CEO of Ski Utah, the marketing arm of the Utah Ski & Snowboard Association. For almost 50 years, the venerable non-profit trade organization has lived up to its lofty mission statement—“to inspire the world to ski Utah.” Now in his 16th year as CEO, Rafferty has his finger firmly on the pulse of the winter sports industry. He consistently lives up to his personal motto, “If you don’t love it, you can’t sell it.” Rafferty is a passionate ambassador for returning the Winter Olympics to Utah and brings extensive knowledge and tremendous energy to the committee.

These five outstanding “Parkites” will join other committee members, as they once again chart Utah’s course toward Winter Olympic history.

PARK CITY WINTER SPORTS FOR THE EXTREME Park City ﬁrst made a name for itself due to the massive and valuable ore deposits hiding beneath...
Activities + Adventures