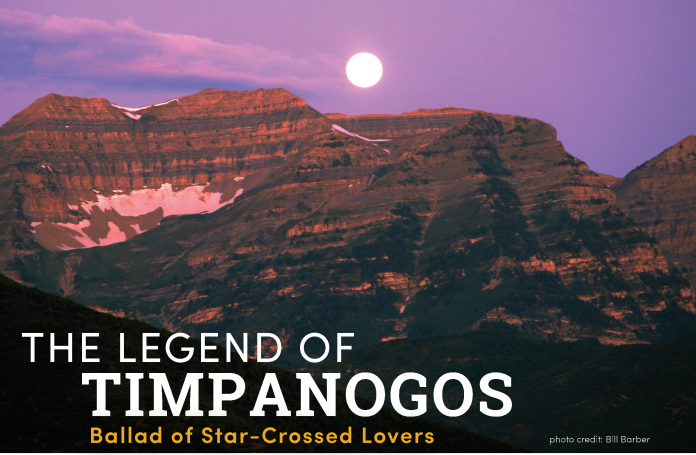 Long ago the Uintah people lived beside a silver lake teeming with abundant fish to sustain them through cold, snowy winters. Along came a dry season spelling death and extreme hardship for the chief, his beautiful daughter Ucanogos and all their tribal members.

To combat this harsh drought, the medicine man demanded all young maidens draw lots to determine who would be sacrificed to the Great Spirit. To the dismay of all, the kind and caring Ucanogos drew the black pebble. She was led sobbing to the foot of their great mountain where she was ordered to climb to the top and leap from its highest pinnacle. 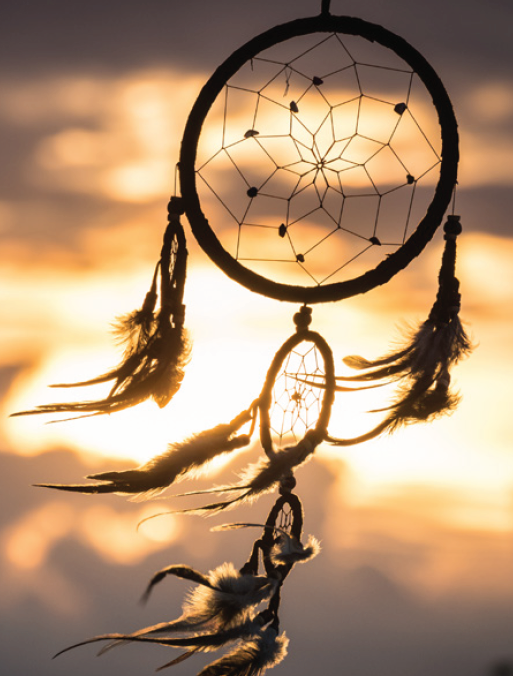 Believing only she could save her people, the Indian maiden began her trek through thick underbrush and forests, lush valleys and cirques, roaring steams and thundering falls. Along the way she glimpsed a party of warriors dancing around a campfire. One brave there, Timpanac, saw Ucanogos and secretly followed her to the highest heights of the sacred mountain.

When he saw the young woman prepare to leap, he cried out, “No don’t jump!” She turned around to see a handsome young brave. Mistaking him to be the Great Spirit, Ucanogos followed Timpanac to a secret crystal-filled cave on the flanks of the mountain; here they lived in love and harmony for many moons.

One fateful day, a bear attacked and wounded her brave. Knowing a god was impervious to mortal afflictions, Ucanogos saw he was not the deity she worshipped. Nevertheless, she nursed him back to health.

Believing she now must fulfill her destiny, the Indian princess climbed to the mountain top and threw herself off into the Great Beyond. Timpanac was too late to save his lover and carried her broken body back into their cave; there he mourned and berated himself for his deceit until he died.

Today we can see the princess lying atop the mountain named for the souls of Timpanac and Ucanogos: Timpanogos. The sacred “Bleeding Heart” stalactite signifying these star-crossed lovers lies deep within Timpanogos Cave National Monument.

Cave tours are offered daily during the summer beginning in June by the National Park Service. Perhaps you can see Ucanogos sleeping on the mountaintop. Th e summer cave tour leads to the heart of the Indian princess and her brave joined forever on this mighty mountain towering above present-day Sundance Resort.

HEBER VALLEY RAILROAD In 1899 Heber was linked to the rest of the world when railroad service between Heber City and Provo was established. At...
What's Up - Current News and Features About Town