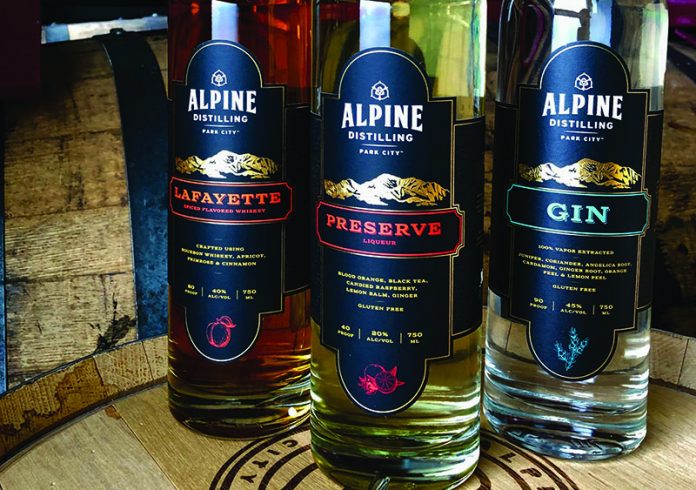 It is still rather unique to learn of a home brewing and distilling hobby-turned thriving business success story. Home experimentation can lead entrepreneurs into creating a quality product that they can sell to the masses, here are a few Park City area breweries and distilleries that made it happen. 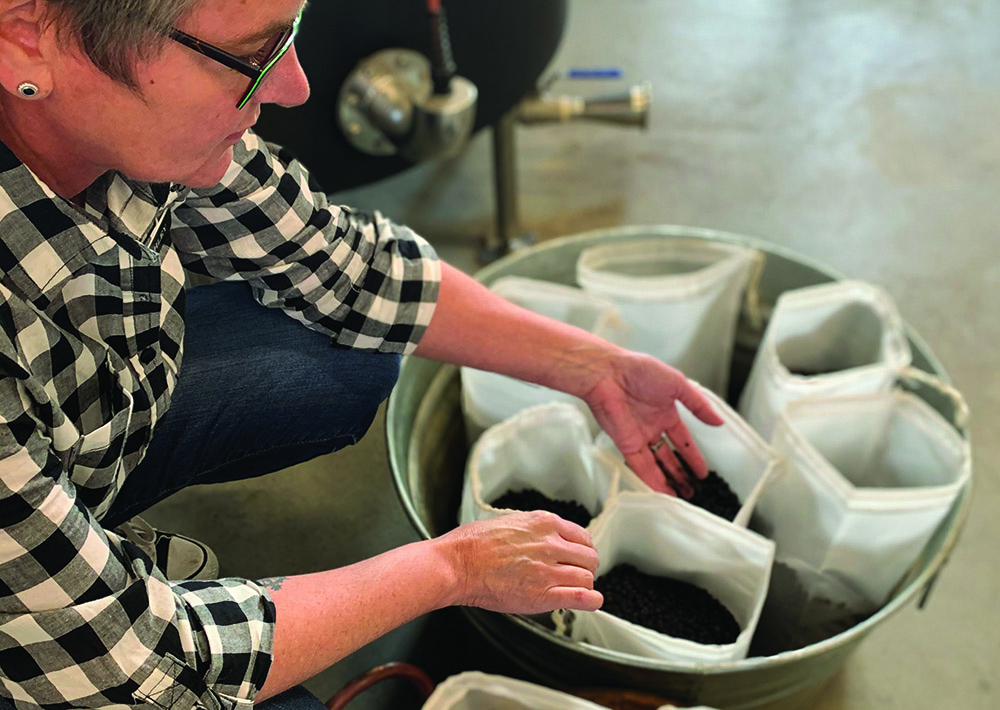 NEW WORLD DISTILLERY
“We want everyone to know right off, that we are a production facility, that is why we have the glass wall to our distillery,” said Ashley Cross, co-owner. “It is our intention, every time we put something in a bottle, to be better than anyone else.”

Situated in the majestic landscape of Eden, Utah, New World Distillery is the first distillery in the area. After deciding to leave her job as a teacher, Ashley decided she needed a ‘new world’ which gave way to the name of the distillery.

Their award-winning Gin, Oomlaw, has nine ingredients, coriander, cinnamon, sage and hibiscus to name a few. The end result is a very unique tasting Gin. They also produce a vodka, a tart cherry liquor, an apple brandy and both a Blanco and Reposado agave spirit.

In addition to quality products, Ashley and her husband Chris are environmentally conscience and have gone the extra miles to have a space that uses 100 percent recirculated water for cooling and have a waste-water evaporator.

ALPINE DISTILLING
Sara and Rob Sargent opened Alpine Distilling in 2017 and have since become one of the most decorated distilleries in the country. Using grains, botanicals, fruits, teas and woods in their all-natural spirits. All products are double-gold plus award winners and the company gives back to local non-profits.

“We wanted to make something here in Park City, so Rob basically just started doing what his family had done in Kentucky for many years,” Sara said. “We have different stills for different projects so there is no cross contamination. We are also OU Kosher certified which is very unique.”

Vodka, Gin, Preserve liquor, Bourbons and Whiskeys are in the lineup of classic spirits. Alpine is known for their gin, and provides a custom gin experience where you can make your own gin. 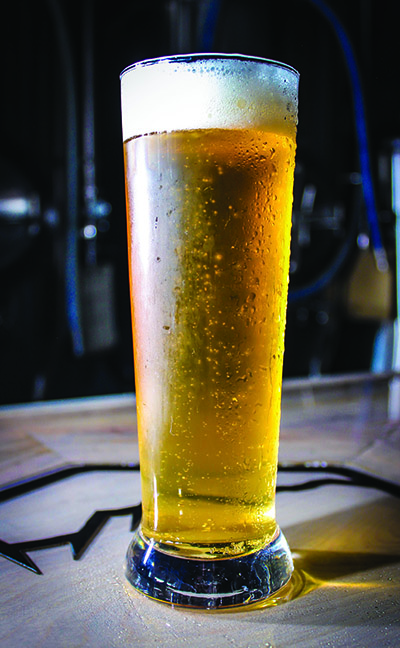 HEBER VALLEY BREWING
Partners Greg Poirier and Clint Jones, a two-time Olympic ski jumping member and both former Olympic ski coaches, wanted to bring good craft beer to Heber City after traveling the world together over the years. Clint has been home brewing for the past 13 years and developed not only a knack for the craft but some rather tasty brews.

“We looked at each other one day, and said, ‘if we don’t do this someone else is going to come in and build a brewery here’,” Greg said. “We are a small, barrel brew house at the moment and Clint does all the brewing.”

Heber Valley Brewing has eight beers on tap and they keep the selection consistent mixed with seasonal rotations.

“With our history of traveling, especially in Europe, we have a pretty good background on those more traditional beers that maybe a lot of people haven’t had here,” Clint said. “We have our Kolsch on tap, which gives a nod to the traditional beers. We then try to go with what is popular and what will go with the local crowd.” 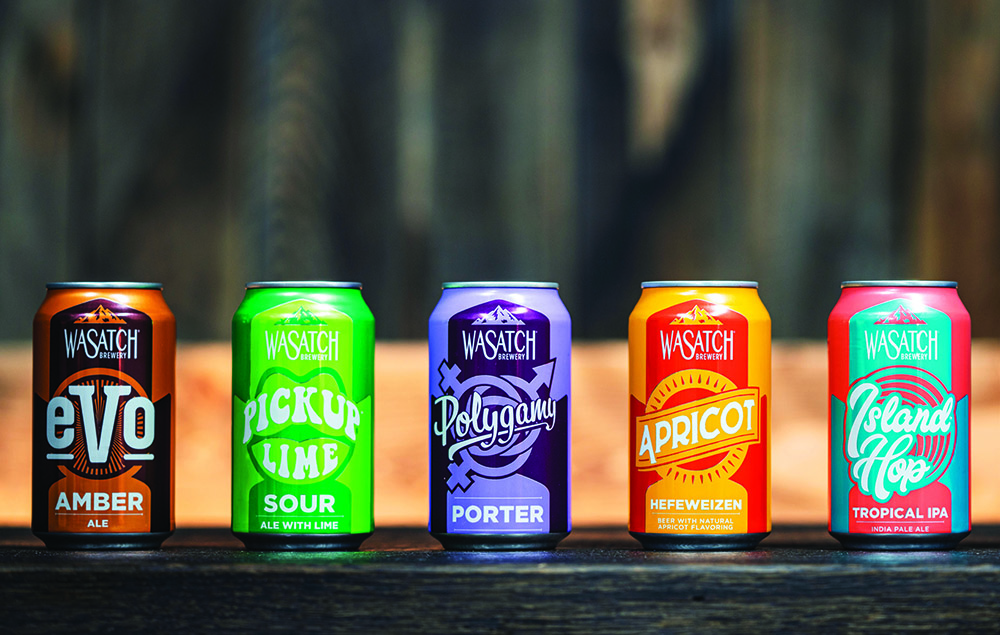 WASATCH BREWERY
The first brewery in Utah, opened in 1986. Taking things, a step further, owner Greg Schirf, a brewer himself, presented a bill to the Utah Legislature making brewpubs legal in Utah and opened the first at the top of historic Main Street in Park City. With sixteen canned beers, distributed in 22 states, Wasatch Brewery also creates specialty brews that only stay at the brewpub.

“Every year we do a ‘hop hike’ where we go up into a trail above Main Street and find hops,” Maxwell Christensen, Sr. marketing manager. “We then use those hops for special brews throughout the year.”

OGDEN’S OWN DISTILLERY
In 2008 Steve Conlin met a guy in Ogden, Timothy Smith, who was into home distilling, creating a product he called “Underground”. Smith inquired with Conlin on the usage of some office space to get his business going. They ended up creating a business plan together and found some investors. Together they launched Underground Herbal Liquor in 2009 which got them started.

Ogden’s Own has an award-winning vodka, Five Wives, that was introduced to the Utah market in December 2011. They also produce flavored whiskeys, gin and small batch rye. When Idaho banned their products in 2012 it created a national interest in their product and catapulted their sales. Today you can purchase their liquors all over the country.

VERNAL BREWING
A women owned brewery that was inspired by the love of learning home brewing from her father. Owner Ginger Bowden has paved some new trails in the industry.

“One night it hit me that I didn’t want to be in the career that I was in, so I starting writing a business plan,” Bowden said. “I gave it to an investor and not too long after that we were breaking ground on the building, and creating ordinances in Vernal, there was not a manufacturing ordinance at the time.”

Now with fourteen craft beers in their inventory, every brew has a unique taste and creative labels. From ‘She’s a Peach’, a peach wheat ale, to ‘Ms Bee Hiven’, a honey blonde ale, the flavor profiles are simple, containing typically only four ingredients in each.

OUTLAW DISTILLERY
What makes Outlaw Distillery’s products different are the ingredients and raw materials that are purchased from local farmers. The freshness of the ingredients provide a quality base which yields a quality product. As for the name; “We wanted to focus on what Utah was famous for, and with Butch Cassidy being born here, we came up with the name,” said Kirk Sedgwick, owner. 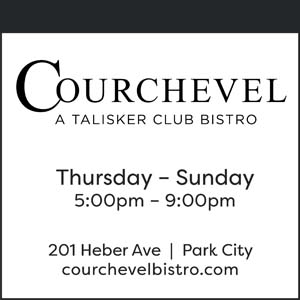 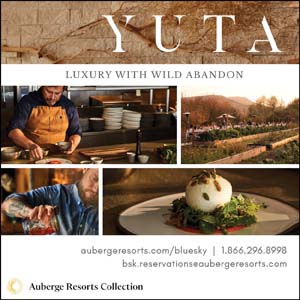 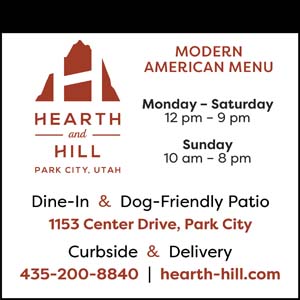 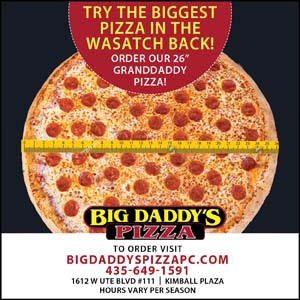 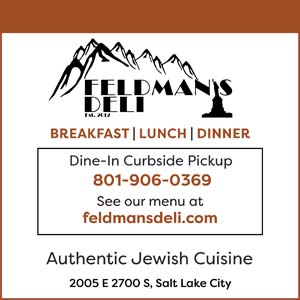 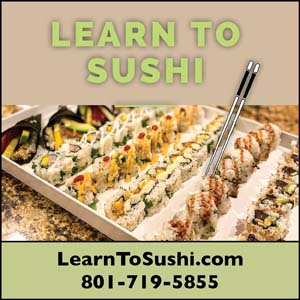 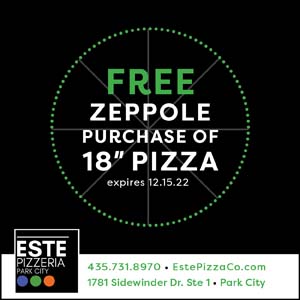 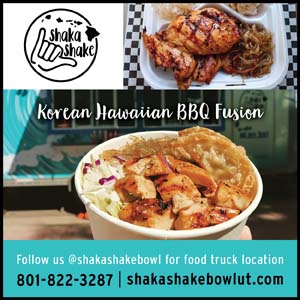 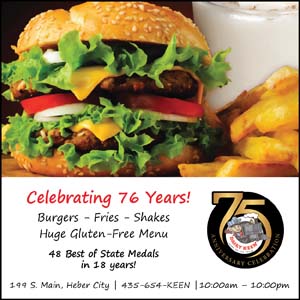 Silver Star Café on Food Network The Food Network is featuring one of our favorite local restaurants for the second time in five years. Silver...
What's Up - Current News and Features About Town

VIKING YURT - ADVENTURE DINING For over 20 years, Joy Vik, and her husband Geir, have entertained guests with an experience filled with adventure, culture,...
X