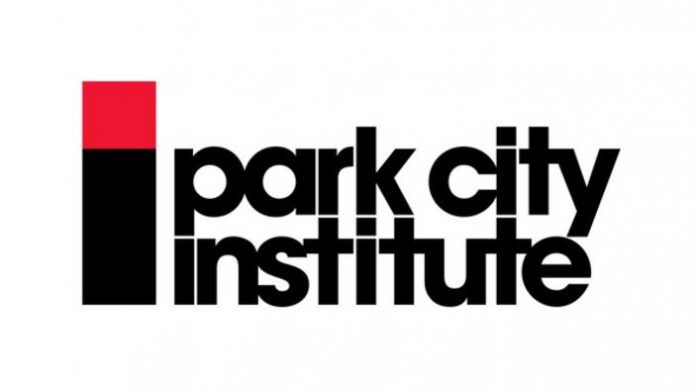 Park City Institute announces New Appointments to Board of Directors.

Park CIty, UT—As part of its ongoing reorganization process, Park City Institute announced three appointments to the Board of Directors by Interim Board President Jason Owens.

Ari Ioannides, who recently assumed the role of Managing Director, was officially named to the Board of Directors. Ioannides will be joined by Michael Hanahan, and Betsy Wallace. Jason Owen, who had served as Interim Board Chair, will be the sole member to remain from the previous interim board. PCI Executive Director Teri Orr continues to serve as a non-voting member of the Board.

“The new board members and I are grateful for the work the interim board did on behalf of the Park City Institute. I look forward to infusing the expertise and perspective of our new board members into the Institute,” Ioannides said. “We share a vision: to ensure a sustainable future for the organization. Over its 25-year history, the Institute has facilitated community engagement, through performing arts experiences. Thousands of local students have had the opportunity to learn from visiting artists. We are working toward a future that builds upon those traditions.”

Orr, who will be transitioning to the role of Founder and Executive Director Emeritus, on March 1, noted the additions to the board are an important step for the organization.

“This is an exciting moment for the Institute,” Orr said. “These individuals bring a shared commitment to the performing arts, in our community. And their collective leadership experience in the corporate and non-profit worlds will enhance the work of the organization.”

Ioannides noted that each of the new board members brings extensive professional expertise in finance, marketing and organizational turnaround, as well as a hands-on approach to their work with non-profit organizations.

Ari Ioannides founded Emerald Data Solutions, where he helped organizations like BellSouth, Ernst & Young and Turner Broadcasting deploy and operate fast and reliable computer solutions. Ioannides pioneered hardware and software designs for the first “on demand” digital music-playing system used in professional sports and events leading to the 1996 Olympics. His team also designed and implemented Georgia’s first online student performance reporting system. In 2000, he developed board management technology for Marietta City Schools in Georgia and formally launched BoardDocs® nationally in 2002. As the Chief Software Architect, he enhanced the governance process of more than 3,000 local governing bodies.

Ioannides is originally from Atlanta, Georgia, and has called Park City home for the past 15 years. He serves as Vice Chair for Recycle Utah, and previously served on the board of the Park City Education Foundation. Ioannides is also the founder and board chair of BootUp PD, a non-profit organization that provides professional development to elementary teachers, to empower students to learn to code.

He is a voting member of the Recording Academy’s Producers and Engineers wing, performing musician, producer and can be seen locally as member of the group Take 5.

Michael Hanahan has lived in Park City for 10 years, having followed Ioannides here, from Atlanta. The two have been close friends and business associates for 35 years. Hanahan has an extensive background in marketing, sales and strategic alliances, as well as corporate and non-profit fundraising. He is the Chief Revenue Officer at innoviHealth. Hanahan worked with Ioannides as CMSO and an investor in Emerald Data Solutions and BoardDocs. He served previously as the Managing Director/Partner of Virtual Magic, providing traditional and digital marketing solutions for Fortune 500 clients in North America, Asia, and Europe; he also served as Co-President at the financial technology star-up, Neovest (acquired by JP Morgan) where he headed marketing, sales and fund-raising efforts.

Hanahan sits on the board of the American Cancer Society, where he is the immediate past chairperson of the board. He served for five years on the Board of Directors for the Park City Education Foundation. He is a member of Park City Angels and PC Alt Investors, and serves as an advisor to BootUp PD and J3 Bioscience. He is a musician, skier, golfer and mountain biker. He and his wife Helen have three children.

Teri Orr is the Founding Executive Director of Park City Institute. Along with Ann MacQuoid and Heather Urich, she led the $2.5 capital campaign to build the George S. and Dolores Doré Eccles Center in 1996, after a bond election as part of a private-public partnership with the Park City School District. She was appointed to the role of Executive Director of what was then called Park City Performing Arts Foundation, in 1996. Since then, she has curated and programmed the Main Stage Season at the Eccles Center, and 17 years of summer concerts.

Prior to her work for PCI, Orr was the Park City correspondent for the Salt Lake Tribune and then Editor of the Park Record for six years. She has written an award-winning column, Sunday in the Park, at the Park Record since 1979. Orr is also the Founder of TEDxPark City, for which she has organized local conferences, including TED Live, TEDxPark City Women,TEDX Park City Youth, TEDxOilSpill and the very first- TEDXChange in collaboration with the Bill and Melinda Gates Foundation in 2008. She has been a member of the TED community since 2008.

Orr is the recipient of multiple awards for journalism from the Utah Press and National Press Associations. She was the recipient of the Governor’s Award Leadership in the Arts in 2012, the Myles Rademan award for the Spirit of Hospitality in 2007, and the Peace House- Many Women, Many Voices award in 2002.

Jason Owen joined the board in July 2019, and served as Interim Chair. He has served as Senior Vice President, Strategy and Corporate Development for Progrexion, a consumer credit marketing, IT and advocacy firm. He shepherded the turnaround of Credit.com, creating additional growth for Progrexion’s business portfolio. Owen previously served as Vice President of Acquisition Marketing for Vivint, Prior to that, he was COO of HomeInsurance.com (acquired by Red Ventures), where he oversaw day-to-day sales and marketing operations, business development, marketing strategy and strategic planning. He led the acquisition of the company to Red Ventures.

Owen sits on the board of Carrus, a Lehi, Utah-based healthcare training and professional development provider. He has offered marketing expertise at panels and to large companies, including Facebook, Affiliate Summit, LeadsCon, ClickZ, Search Engine Watch, and Search Engine Strategies. Owen has lived in Park City for five years. A lover of the outdoors, he enjoys biking, skiing, and trail running. He has two daughters.

Betsy Wallace is the Managing Director and CFO for Sundance Institute. Prior to joining the Institute, Wallace spent over 35 years in leadership roles including being CFO and CAO of both public and private sector companies such as PetSmart, DSW, REC Solar (where she was also CEO), TravelClick and American Skiing Company (7 years based in Park City). She lived in Singapore for close to a decade where she was the CFO for Citigroup’s business development group for its greater Asia business and prior to that she was the International CFO for Hubbell, Inc. Wallace began her career with Deloitte & Touche CPAs in Los Angeles.

Wallace graduated from the USC Marshall Graduate School of Business and received her B.A. degree from UCLA. She has been on several nonprofit boards, including Leadership California (founding board), PrimeTime Singapore, and Habitat for Humanity and People’s Health Clinic. Betsy was in Class 12 of Leadership Park City.

In her work at the Sundance Institute, Wallace has collaborated with Park City, Summit County and the State of Utah governments, to ensure a thriving local arts community, notably leading a commitment to the future of an Arts District in town. She is a longtime supporter of Park City Institute. Originally from San Marino, California. She has lived in 8 cities, first moving to Park City in 2002 and then relocating again in 2014. Wallace loves hiking, biking and cross country skiing. She and her husband love to travel and spend time with friends and family.

Park City Institute is a non-profit organization, dedicated to bringing world-class performances and new ideas to the community. Since 1998, PCI has presented internationally renowned and cutting edge musicians, actors, authors, comedians, dancers, speakers, and film, at the George S. and Dolores Doré Eccles Center for the Performing Arts (a joint-use facility with the Park City School District). For 16 years, the organization has presented headliner summer concerts in Park City. PCI is dedicated to introducing young people to the arts through free student outreach workshops, shows and demonstrations. Entertaining, Educating, and Illuminating since 1998.

Message to Patrons of Broadway at Eccles