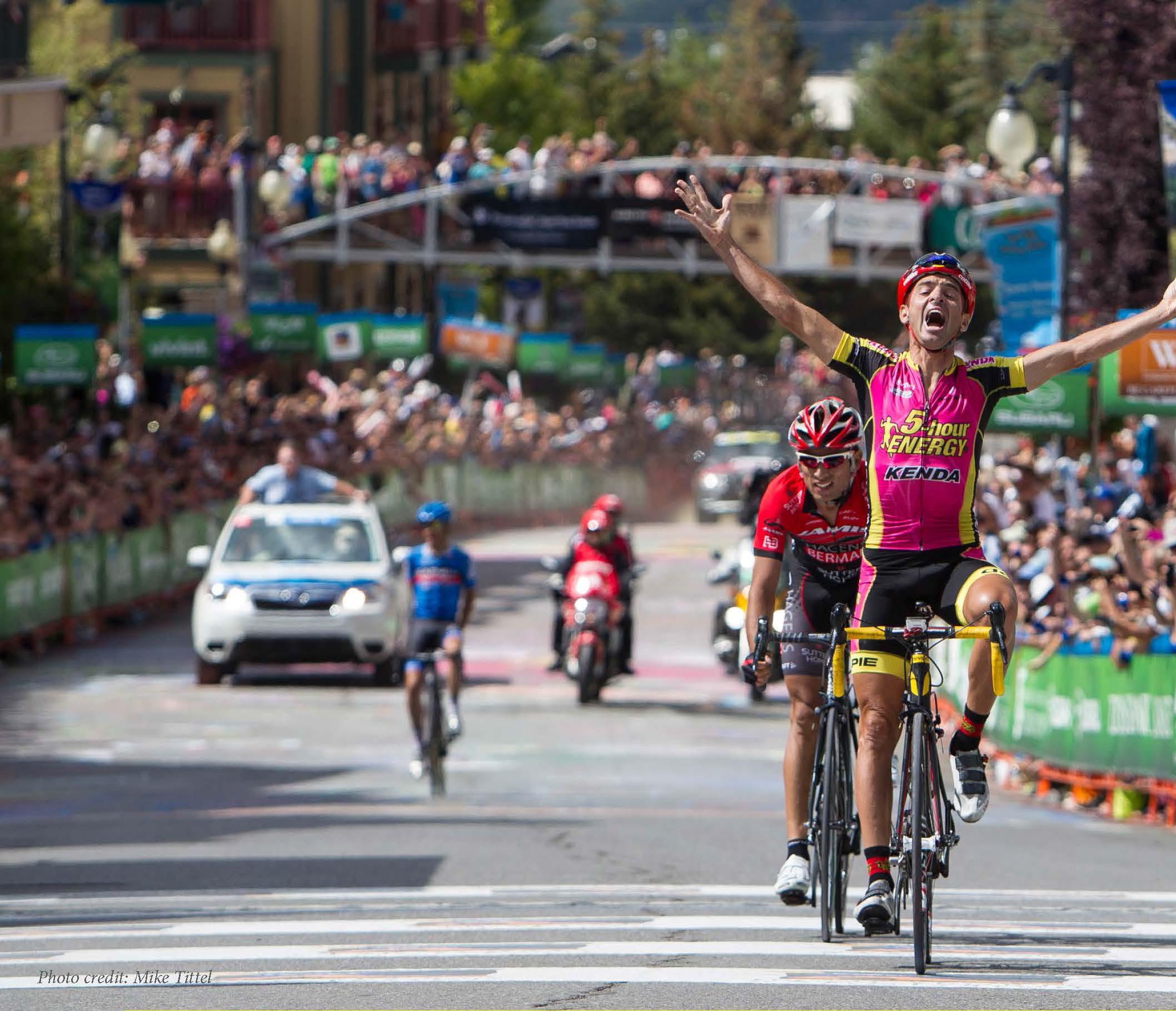 Entering its 11th year, the Larry H. Miller Tour of Utah is one of road cycling’s most renowned stage races in North America. As part of the UCI America Tour, the diﬃcult, seven-stage race circumnavigates many of Utah’s illustrious landmarks, winding through mountain passes and scenic canyons. This year’s race, August 3-9, will be held in Northern Utah, the course highlighting as many as eight of the state’s 14 ski resorts, including Park City, and expanding to new venues like Antelope Island and Soldier Hollow state parks.

The Tour of Utah is a team-centric road race featuring many of the world’s most elite cyclists. With a total of 753 miles and 57,863 feet of elevation gain in seven days, it’s certainly no easy feat. “The race is one step below the pro tour level, the Tour de France level,” explains Todd Hageman, course director for the Tour of Utah. It joins only two other stage races — the Tour of California and the USA Pro Challenge — with the same elite designation. “Our riders will be just ﬁnishing up the Tour de France, and we’ve become a really good stop for riders getting ready for the Tour of Spain.” 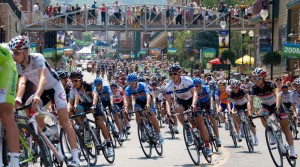 A total of 130 cyclists will be divided among 16 professional teams, representing nearly two dozen countries. And with that amount of international acclaim,it’s only ﬁtting that the Tour of Utah has just as much stateside clout. “The tour is ‘America’s Toughest Stage Race,’ which can be attributed to the roads,” says Hageman. “The toughest road climbs in North America are here in Utah. To get to any of the ski resorts, you have to get up a heck of a road. The access to fantastic climbing right in our state is unique. The steepness is unparalled.” 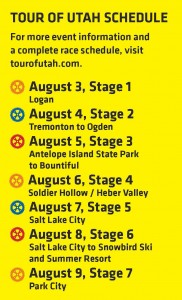 For the fourth year in a row, the grand ﬁnale of the Tour of Utah will culminate in downtown Park City. When Stage 7 arrives on Sunday, August 9, over 20,000 people are expected to line Main Street, cheering on professional race teams and riders as they make a ﬁnal push for the overall win. “This is a spectator sport that gives you quick and easy access to the riders,” says Hageman. “These guys are the best in the world. It’s fun to see athletes who have won the Olympics and the Tour de France suffer on the same roads that you and I ride on every day.”

Racers will start with a ceremonial lap on Main Street before pedaling around Summit County, returning a few hours later for a sprint to the ﬁnish line. Sponsor booths, food vendors and entertainment will be offered in downtown Park City to add to the excitement surrounding the Tour of Utah. “The crowd and the energy in Park City is fantastic,” says Hageman.

For spectators wanting to watch the biggest grunt of a performance, Hageman recommends also lining up for Stage 6 on Saturday, August 8. “It’s a tough, tough stage,” he says, rattling off the basic route of the course. “Up Marsac Road in Park City, over Guardsman Pass, down Big Cottonwood Canyon and up Little Cottonwood Canyon.” But as riders approach Tanners Flat, just below Snowbird, the atmosphere changes from intense grinding to laid-back party mode. “Spectators get to Tanners Flat ﬁrst thing in the morning to carve out their space,” says Hageman. “It’s just a big party with costumes involved, and spectators feed riders donuts, nachos and hot dogs. People, including the riders, have really embraced that part of the stage.”

For the ﬁrst time, the Tour of Utah will also include a two-day criterium for women, August 3-4, hosted in Logan and Ogden.

By Steve Phillips Doug Hollinger has been a “Coke addict” for over 25 years. Th e owner of the Park City Clothing Store, with his...
2015 Issues