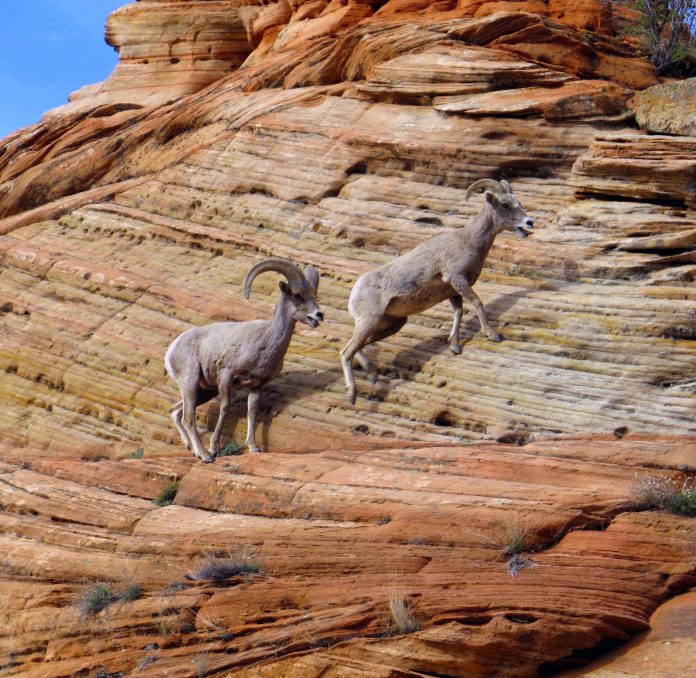 SPRINGDALE, Utah – August 2, 2019 – In the spirit of Utah’s pioneering and caretaker heritage, Zion National Park Forever Project, Zion’s official nonprofit partner, is set to kick off its new “We the Keepers” centennial celebration and campaign with a very special benefit performance by legendary music icon Sting and Utah Symphony.

The nonprofit’s centennial goal is to transform all visitors of Zion National Park and the greater Zion landscape into “Keepers” of those sacred lands, ultimately building a new stewardship model for Zion’s next 100 years.

“Zion is the fourth most-visited national park in the US, with over 4.3 million guests a year. Every visitor has an impact on Zion, so our mission is to make sure that impact is positive,” said Zion Forever Executive Director Lyman Hafen. “Volunteers and those who can contribute financially to the Zion Forever Project are the lifeblood of the many projects and programs which support the Zion landscape on a daily basis. But the burden is on each and every visitor to embrace stewardship in a personal way going forward as the park moves into its next 100 years. The concert will be an extraordinary way to celebrate Zion National Park’s centennial anniversary and bring attention to preserving the park for generations to come.”

Partnering with Sting and the Utah Symphony to launch the Park’s Centennial Celebration was the brainchild of Scott Anderson, Zions Bank president and CEO, and co-chair of the Zion Founder’s Circle. “There is no place on earth like Zion National Park. Its breathtaking beauty, its grandeur, its welcoming arms taking us into its very heart and changes us as individuals and as a community,” said Anderson.

Kem Gardner, another co-chair of the Zion Founder’s Circle, echoed Anderson’s statement. “The concert featuring Sting and the Utah Symphony gives us a chance to come together to celebrate the park’s 100th birthday, to give thanks for the foresight of past leaders in establishing it as a premier national park, and at the same time, to rededicate ourselves to its preservation, upkeep, and maintenance, so that we and future generations can continue to enjoy it in all of its splendor,” stated Gardner.

In addition to Sting, the Zion Forever Project commissioned Local Studio, a Utah-based video production company, to create a new visitor center film to replace the 20-year-old film now shown at the park. The film is a poignant piece which challenges the viewer to make the shift from being simply a visitor to the park to becoming a steward of the land. The film will premiere in November 2019.

“Those of us fortunate enough to be immersed in its dramatic, living landscape are reminded every day of our charge to conserve unimpaired the natural and cultural resources and values of Zion National Park; in perpetuity – a forever mission – and we do so for the enjoyment, education and inspiration of this and future generations,” said Jeff Bradybaugh, superintendent, Zion National Park.

The tremendous response in contributions to the Forever Project during its first two years reflects more than a $1 million investment to accomplishing XX project goals for Zion and its sister parks, Cedar Breaks and Pipe Spring National Monuments. All projects fall under the Forever Project’s four mission pillars: Preservation, Education, Visitor Experience and Sustainability. Development of Zion National Park Forever Project’s next slate of projects is currently underway and the full list will be released this coming November in the 2020 Field Guide.

2020 projects include the Zion Forever Park Film that premieres on November 19th at Dixie State University’s Cox Auditorium; the beginning of a rehabilitation project for Zion’s most popular trail – the Middle Emerald Pools trail; as well as various projects as part of the greater Zion landscape, including the groundbreaking of a new visitor center at Cedar Breaks National Monument.

Also in celebration of the centennial anniversary, the Zion Human History Museum has crafted an exhibition of rarely seen historical objects and photographs. With funding provided by the park’s official partner, the Zion National Park Forever Project and the National Park Service, “Keepers of the Sanctuary: Zion’s First 100 years” tells the story of the park’s first century. The limited-run exhibit runs now through December 1, 2019 at the Zion Human History Museum.

“Together with the Zion Forever Project, and with the support of many partners and friends, we’re striving to make Zion’s second century one that will exemplify the highest standards of stewardship and bring joy, inspiration and renewal to all who visit,” said Bradybaugh. “We have a monumental task ahead of us, and in the glow of Zion’s Centennial, we celebrate the fact that together, we can, and we will, succeed.”

###
About Zion Natl Park Forever Project
After a successful in 2017 of Zion Forever Project, the official nonprofit partner of Zion National Park continues to fund and complete projects that are top priority to the park. The momentum behind the Forever Project has incited funding, partnerships and community support from organizations and park enthusiasts throughout the state and beyond – reflecting the Zion Forever Project’s main objective of uniting Park, community, and state partners to leverage resources to address visitation and park protection issues. Visit here to join us in our mission of stewardship for Zion National Park.

Steakhouses in and around Park City

The Tenth Annual Live PC Give PC Is Announced for November 6th!

Wasatch Wildflower Festival to be held in July

Happy Mother’s Day- Everything on Sale at Dijore